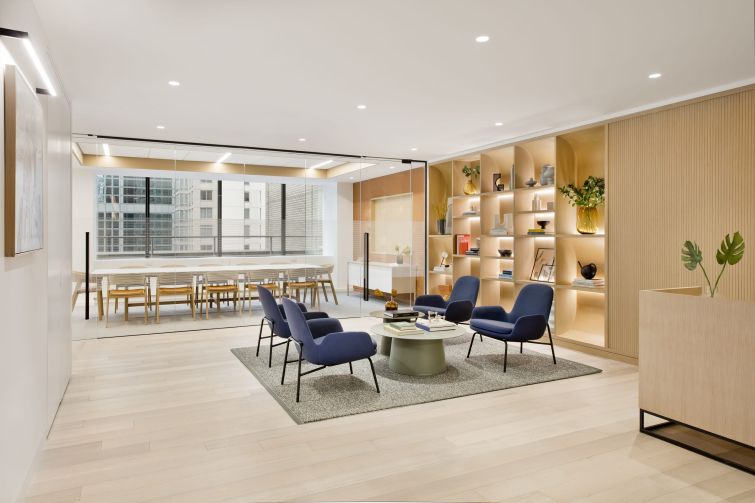 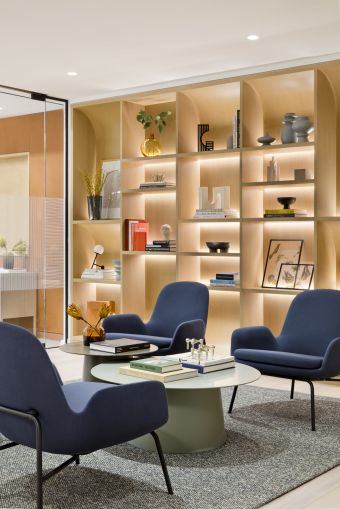 A closer look at the custom shelving and lounge chairs in the reception area. Image: Fogarty Finger 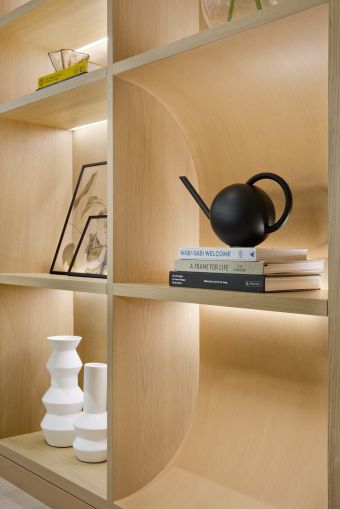 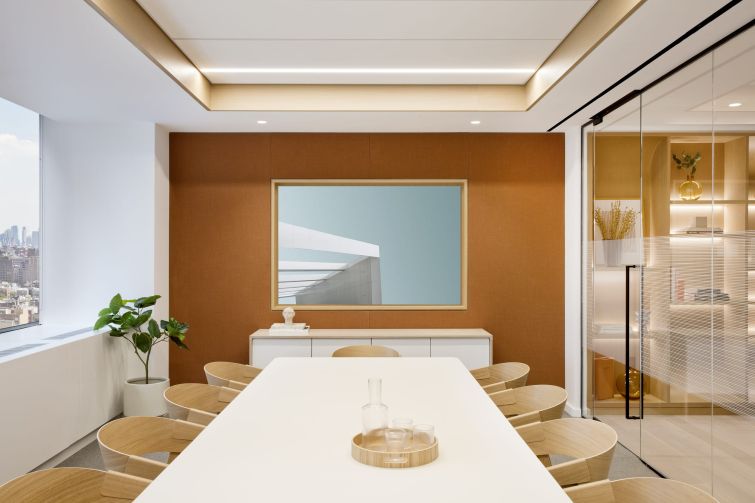 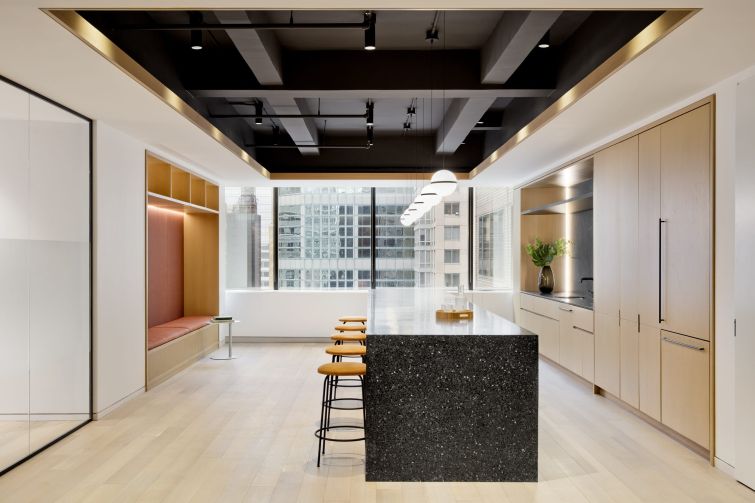 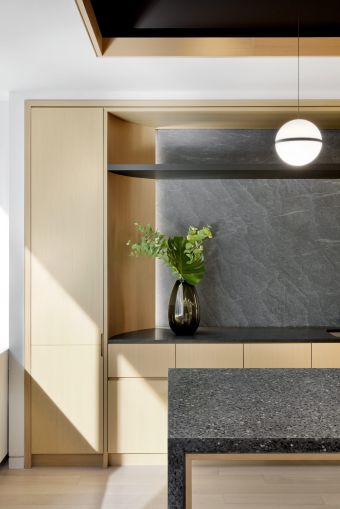 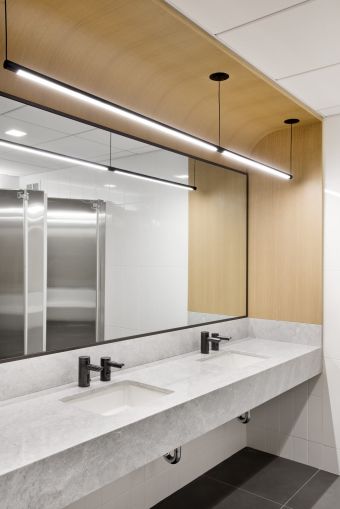 After buying the 31-story office tower at 685 Third Avenue from Unizo in late 2019, private equity firm BentallGreenOak decided to bring in architecture firm Fogarty Finger to renovate the midcentury building.

The 650,000-square-foot structure has been expanded a number of times over the years, with a horizontal addition in the early 1990s and a vertical one in the early 2000s. As part of the ‘90s renovations, artist Sol LeWitt painted a colorful mural in the lobby in 1996. The angular multi-colored piece, which ran the length of the lobby, was removed during a subsequent renovation in 2012. But it did serve as inspiration for architect Robert Finger, who oversaw the design of two new, prebuilt office floors in the building.

Construction began pre-pandemic, but was only completed in February. CBRE’s Neil King, Paul Amrich and Megan Allen are handling the building’s office leasing.

The walls in the suites are mostly clad in custom-designed, white oak millwork. In each one, there is a curved set of backlit bookshelves in the front entryway, stocked with angular white vases and bookends shaped like postmodern sculptures. In the suite that has furniture, there are modernist blue lounge chairs as well as squat gray and green pedestal coffee tables, along with a white oak reception desk that matches the walls and bookshelves.

Behind the seating area is a glassed-in boardroom with a long, white table lined with sort of Scandivian-inspired, midcentury dining chairs, again in white oak. The entry area of both office suites also includes a large, open pantry, with light wood finishes and cabinets, a dark gray granite backsplash and counter, a black terrazzo bar with stools, and a leather upholstered banquette seat set into more of the white oak wood paneling.

Finger explained that putting the pantry near reception, where visitors can see it and grab coffee, helps create a more homey feel for the office, rather than the stiff formality of a typical reception area.

“There’s been more of an emphasis on putting these communal spaces right up front,” the architect said. “These types of workspaces are now truly front and center, and considered on par with more traditional conference rooms and boardrooms.”

The look of the rounded oak extends to the bathroom, where the sinks and mirror are set into a large wood panel that curves downward from the ceiling to the mirror.

The main workstation area in the marketing floor is unfurnished. There are small, glassed-in conference rooms equipped with more modernist office furniture, and a phone room with a patterned blue accent wall and matching lounge chair.

The aesthetic is meant to attract companies who might be looking for a more casual look, and to allow employees to work in spaces away from their desks during the day.

“Studies have always shown that people don’t always do their best work at a desk,” Finger said. “There’s a time of day when you want to be in a lounge chair.”