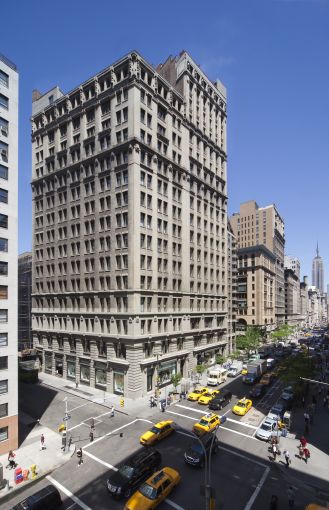 The firm signed a 5.5-year lease for 5,045 square feet on part of the 17th floor of Clarion Partners’ 20-story Flatiron District building between West 14th and West 15th streets, according to landlord brokers, the Kaufman Organization.

A spokesperson for Kaufman declined to provide the asking rent, but a 2019 lease on the 17th floor had an asking rent of $100 per square foot, as CO previously reported.

RTP was founded by Boguslavsky in 2000 and focuses its investments on early-stage technology startups. It announced a new $650 million fund last year, TechCrunch reported.

The firm — which also has offices in London and India — is currently located in The Lipstick Building and plans to move into its new space in June, according to Kaufman.

Kaufman’s Grant Greenspan and Michael Kaufman brokered the deal for the landlord, while John Cilmi and Andrew Sachs of Newmark represented RTP. A spokesperson for Newmark declined to comment.

“Thanks to its location, infrastructure, and flexibility, 100-104 Fifth has established itself as a prime destination for firms in any industry,” Greenspan said in a statement. “The overall quality and unique character of the building, along with a turnkey, furnished suite with sweeping views, were key factors in RTP Global’s decision to make this building their new office location.”