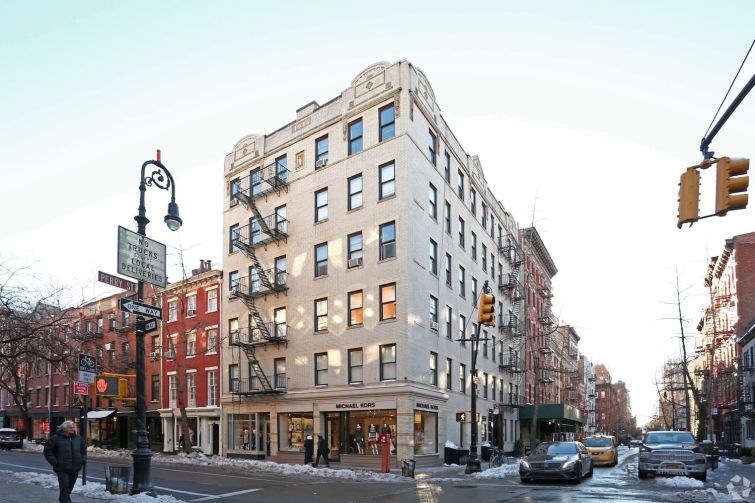 Sustainable fashion brand Another Tomorrow will open up its first brick-and-mortar retail store at 384 Bleecker Street, Commercial Observer has learned.

Another Tomorrow signed a one-and-a-half-year lease with Brookfield Property Partners for 1,349 square feet in the West Village building, according to the landlord.

A spokesperson for Brookfield declined to provide the asking rents, but the average rent for Bleecker Street retail in the fall was $252 per square foot, according to the Real Estate Board of New York.

Another Tomorrow was founded early last year by Vanessa Barboni Hallik as an online-only brand that focuses on producing products that don’t harm the environment or animals, The New York Times reported. It plans to open its new store in the spring, according to Brookfield.

While Bleecker Street has been known as a hub for fashion boutiques, it has dealt with a growing number of vacant storefronts in recent years. Brookfield bought seven storefronts — including 384 Bleecker — on the block for $31.5 million in 2018 with the plan to use them as testing grounds for new retailers.

“Digitally native and forward-looking brands are seeking out new ways to connect with their customers in physical retail settings, recognizing the undeniable sense of community you find in brick-and-mortar storefronts,” Jason Maurer, senior vice president for retail leasing at Brookfield, said in a statement. “We are thrilled to welcome Another Tomorrow to the unique retail corridor we have curated on Bleecker Street, building on the street’s revitalization alongside our other recent arrivals of Arc’teryx and Tarin Thomas.”

Another Tomorrow will join a number of new brands setting up shop on Bleecker Street, including Love Shack Fancy, Something Navy, and children’s clothing store Pink Chicken, which recently signed a lease for space at 397 Bleecker Street.

Brookfield handled the deal in-house while Another Tomorrow had no brokers.