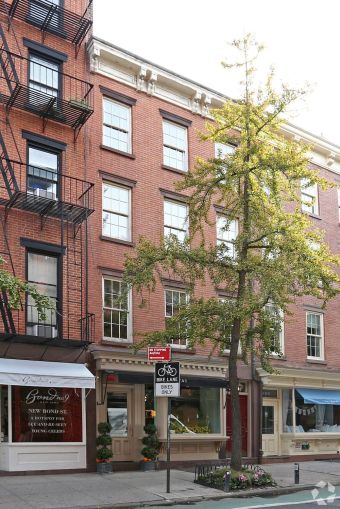 The asking rent was $15,500 per month, or roughly $300 per square foot based on the ground floor. The rent and deal are good news for Bleecker Street, which is known for its fashion and eclectic boutiques that emptied out during the pandemic. It also trends upwards from the Real Estate Board of New York’s average fall rent for Bleecker Street retail of $252 per foot.

The initial lease is for just two years, but Pink Chicken has an option to extend its time by an additional seven years. Many tenants are negotiating short deals, so they can establish a presence and get a sense of the local traffic and sales before agreeing to a longer term, while landlords are glad to have solid retailers take space and are betting that neighborhoods live up to their previous potential.

Pink Chicken was founded by fashion executive Stacey Fraser in 2009 after she began sewing multicolored and patterned clothes for her new baby. Now the brand has flocked to 1223 Madison Avenue — at East 88 Street on the Upper East Side — as well as spots in Amagansett in the Hamptons; Charleston, S.C.; and Santa Monica, Calif. The previous tenant at its new spot was the perfume store, Annick Goutal.

The new Pink Chicken sits a few steps from the Magnolia Bakery, while Christofle and Love Shack Fancy have stores across the street. Internet influencer Arielle Charnas also opened her clothing shop, Something Navy, last spring at 379 Bleecker Street.