Order in the Court: Has the Tide Turned Against Developers in New York Courts? 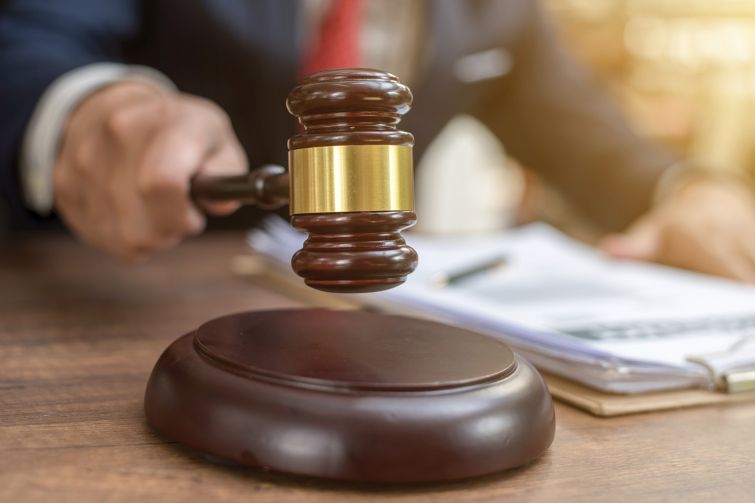 The 52-story 200 Amsterdam Avenue condominium tower — which is currently the tallest structure on the Upper West Side — topped out in 2019 after withstanding years of legal challenges from residents and local groups worried about its size. But now, the tower could be in line to get a haircut and be forced to chop off roughly 20 floors from its top.

Perry’s shocking decision is one in a string of rulings by judges against developers and the city itself in recent months brought by residents and local groups, which some experts said point to an anti-development mood in the state’s court system.

“This kind of mood that seems to capture the courts is a mood of extreme skepticism to developers and the City Planning Department,” Roderick Hills, a professor at New York University School of Law, said. “It all adds to opinion after opinion wherein the city and/or the developer is just losing left and right. And, in ordinary circumstances, they could win right and left.”

Aside from the 200 Amsterdam Avenue decision, real estate’s recent blows include State Supreme Court Judge Verna Saunders nullifying the city’s rezoning of Inwood in December 2019 and State Supreme Court Judge Arthur Engoron striking down the approvals last month for the three planned 70- to 100-story towers in the Two Bridges neighborhood. Earlier this month, State Supreme Court Judge Reginald Boddie ordered developers of the Carroll Plaza Development in Crown Heights, Brooklyn to put back the dirt it had excavated, hitting the reset button on the project while a court case over the site’s rezoning plays out.

“What’s significant about these zoning cases is that they’re taking processes which the city and the developers and the lenders, in fact all of the participants in the entitlement and development process, have relied on for many, many years and raised questions about them,” said Paul Selver, a partner and co-chair at Kramer Levin Naftalis & Frankel, who represents 200 Amsterdam developers SJP and Mitsui Fudosan. “If you have to worry about small groups of people undermining the ability to move forward with a project, it would make you think twice about starting something here.”

And the cases against the real estate industry aren’t stopping. Earlier this month, a group of tenants at Stuyvesant Town and Peter Cooper Village sued Blackstone to stop it from deregulating more than 6,000 rent-regulated apartments, in a case that could impact how residential buildings get tax breaks around the city.

“There’s a clear perception that the business environment in New York State, with respect to the real estate industry, has become extremely negative,” said Scott Mollen, a partner at Herrick Feinstein who’s also representing SJP and Mitsui Fudosan America in the 200 Amsterdam case. “This has very significant impacts with respect to investment and lending for real estate development.”

However, not everyone buys that the court system has an anti-real estate bias. Richard Emery, a founding partner of Emery Celli Brinckerhoff & Abady who represented the opposition in the 200 Amsterdam case, said the wins came because Mayor Bill de Blasio administration’s pro-development bent emboldened developers to stretch the zoning laws in order to build bigger projects.

“The developers, the architects, the engineers have been incredibly aggressive and they have pressed the envelope beyond its tolerance for plans in the context of zoning and engineering that no longer make sense,” Emery said. “Communities are better organized in the face of these threats and hopefully better financed in order to examine the cases clearly.”

Residents around the city and local groups filing lawsuits to stop developments in their neighborhoods is nothing new. Even former First Lady Jacqueline Kennedy Onassis was part of a group that banded together to fight the proposed Salomon Brothers headquarters in the 1980s at what is now the Time Warner Center over fears it would cast a shadow over Central Park.

And with the global coronavirus pandemic wreaking havoc on the global markets, the suits could continue to ramp up against market-rate developers by neighborhood groups during a recession as a “visible target of populist ire,” Hills said. The city and state have also suspended all “non-essential” court cases during the coronavirus crisis, delaying the ongoing cases and appeals.

The cases — usually Article 78 proceedings to overturn the city-granted permits to developments — often failed in courts as the judges diverted to the expertise of the city agencies. In recent months, judges have had “an almost lawless disregard for the traditionally applicable legal principles” and sided with the community groups, Hills said.

“Normally, an Article 78 is a stalling device for the neighbors and it works as just a sort of community-building event,” Hills said. “It’s hard not to reach the conclusion that there’s a new skepticism among trial judges in the city that doesn’t seem to be justified by anything except politics.”

Part of the issue, lawyers said, is the current political climate in the city that has turned against the real estate industry.

For decades, real estate wielded substantial political power, pouring money into elections to be able to get rezonings to build larger buildings and tax subsidies passed. However, the tide changed in 2018 when a wave of progressive Democrats took over the New York State Senate.

Real estate professionals have become personae non gratae to certain politicians since, with some pledging to not take donations from real estate executives and groups (despite Crain’s New York Business reporting that some of those politicians still do anyway). Albany passed sweeping rent reforms last summer that sent the city’s multifamily market into turmoil.

And some of that sentiment has spilled over into the court system.

“Are we in an anti-landlord world right now? Yes. Is it coming out in the courts? A little,” said real estate lawyer Adam Leitman-Bailey.

The first blow for real estate came in December 2019, when Judge Saunders annulled the rezoning of Inwood, which Mayor Bill de Blasio’s administration pushed to create more affordable housing in the area. Real estate investors already scooped up more than $610 million worth of property in the area since the rezoning idea became public in 2013, the New York Times reported.

Residents felt the city’s environmental impact statement for the rezoning — which was approved in 2018 — did not study the socio-economic and racial impacts the rezoning could have on the neighborhood and sued to squash the plans. Judge Saunders sided with the residents on Dec. 16, 2019, finding the city “failed to take a hard look at the relevant areas of concern identified by the public.”

Another blow came further downtown when the developers trying to build three towers on the waterfront in Two Bridges — JDS Development, L&M Development, CIM Group and Starrett Corporation — had its city approvals invalidated by Judge Engoron.

Engoron ruled in two separate cases — one in August 2019 and one last month — that the city failed to follow zoning rules for “large-scale residential districts” when it approved the permits for the projects. The decision forces the developers to go through the lengthy Uniform Land Use Review Procedure (ULURP) to be able to proceed. (The city temporarily suspended the ULURP process last week in an effort to cut down on public gathering and slow the spread of COVID-19, the disease caused by the coronavirus.)

“We, of course, disagree with the court’s ruling, as these projects were lawfully approved, met all legal requirements, and are in compliance with zoning that’s been in place for more than 30 years,” a spokesman for the Two Bridges’ developers said in a statement. “Together, they will deliver one of the largest single infusions of new affordable housing to Manhattan in decades, at a time when the creation of all types of housing is critical to slowing rent growth citywide.”

And in the case of 200 Amsterdam, the city stepped in this month to file an appeal on the developers’ behalf and try to overturn Judge Perry’s decision.

“We closed the loophole that allowed the developers of 200 Amsterdam to legally gerrymander a 39-sided zoning lot to construct a luxury tower,” Jane Meyer, a City Hall spokeswoman, said in a statement. “Now, we are challenging the judge’s ruling that the building violated zoning laws. It is the City’s responsibility to fix flawed policy — not the court’s — and we must appeal this decision because of its far-reaching implications for how policy is shaped.”

The issue for opponents to 200 Amsterdam Avenue was how developers were able to get the permits granted in the first place to build its 668-foot tall tower.

In 2016, SJP and Mitsui Fudosan filed plans to build the residential tower on the site of the old Lincoln Square Synagogue between West 67th and West 68th Streets, New York Yimby reported. The developers’ created a 39-sided zoning lot by using the unused development rights of connected lots to win approvals for its height, which the Department of Buildings has allowed since 1978 under a rule dubbed the “Minkin Memo.”

Eventually, the DOB changed its tune on the Minkin Memo and it issued a clarification, that was not retroactive, this month that said newly created zoning lots cannot consist of partial lots.

The 200 Amsterdam Avenue plans were almost immediately met with fierce opposition, and after the DOB granted the permits in 2017, the Committee for Environmentally Sound Development and the Municipal Art Society filed a suit to revoke the approval.

After bouncing around in courts and the New York City Board of Standards and Appeals (BSA) weighing in that the permit should stand, Perry eventually sided with the opposition.

“[The] DOB properly exercised its authority by identifying an erroneous interpretation of the zoning resolution and by publishing a proposed amendment to correct the error,” Judge Perry wrote in his ruling. “BSA, however, balked in its duty. It did not consider whether DOB or the Minkin Memo were correct.”

Perry also scoffed at the developers’ argument that cutting off the tower would be a hardship since “it has been aware of the challenges to its permit from the start.”

Emery agreed and said the developers had long known locals were challenging the zoning permits before any shovel hit the ground.

“They knew perfectly well and we gave them warning when it was a hole in the ground,” Emery said. “This builder was a cowboy of the worst order, he was an outlaw cowboy. He was building with the belief he could get away with it.”

While the city is appealing Perry’s decision, Mollen said if it stands it could send a chilling effect into the city’s real estate market as developers would be unable to tell if they’ll be able to complete an as-of-right project around the city.

“It would render it extremely difficult, and possibly impossible, to determine what is as-of-right zoning,” Mollen said. “If an agency could just change its mind after a developer received a building permit and spent more than $300 million based on existing law and has done substantial work on the development then lenders, investors and developers would simply say we need to invest our dollars and create additional jobs and tax revenue and other cities where our investment is welcomed.”

NYU’s Hills said he wouldn’t go that far since all three cases haven’t been clear-cut as-of-right zonings and Emery called the notion “nonsense.”

But, Emery said other residents in the city have hope to stop irresponsible development in their neighborhoods thanks to the recent cases and his firm is already evaluating nearly four others as a result of the 200 Amsterdam decision.

“It all depends on the merits of each case, but people are going to be aware that they have remedies,” he said.