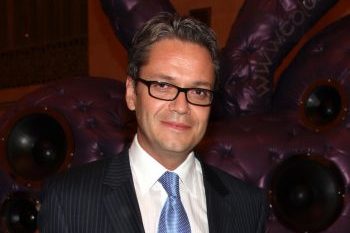 The crumbling, crowdfunding firm Prodigy Network finally threw in the towel and filed for bankruptcy, as it’s facing a string of lawsuits from investors who claim that it failed to make good on its promises.

Prodigy filed for Chapter 7, which means it has no plans to restructure and will cease operations, in a Delaware bankruptcy court, Law360 first reported. In the Thursday filing, Prodigy said it has about $6.3 million in liabilities and only a single asset, a $10,000 deposit with a law firm.”

Representatives for Prodigy did not immediately respond to a request for comment.

Prodigy was founded in 2003 by former luxury real estate broker Rodrigo Niño and became a pioneer in real estate crowdfunding. It raised a total of $690 million from 6,500 investors for projects in New York and Chicago, and launched a coworking platform called The Assemblage. But it all started to unravel in 2019.

The firm hit financial trouble in multiple projects and sold off two of its NoMad assets last year at a loss. The Assemblage ceased operations in June and most of Prodigy’s staff was laid off last year.

Prodigy was also hit with several lawsuits from investors who claimed that the firm failed to make payments on their investments. Niño stepped down from his post as CEO in September, after learning that an earlier bout with cancer had returned. He passed away from the disease in May.

While Prodigy failed, real estate crowdfunding saw an increase in activity last year, but the space has yet to have a similar boom in retail investments as the stock market had with GameStop.