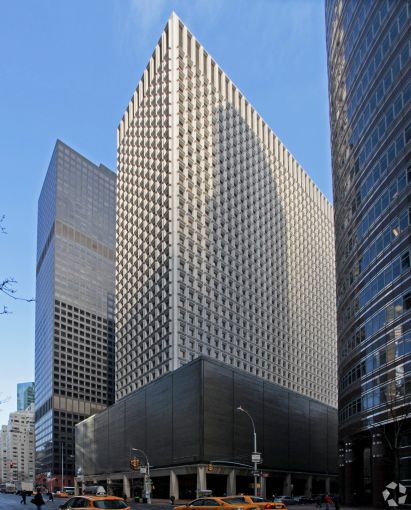 A trio of banks are leading Vornado Realty Trust’s $350 million refinance of its office tower at 909 Third Avenue, Commercial Observer has learned.

The debt was placed in a direct deal.

The 10-year senior loan, which is secured by Vornado’s leasehold interest in the 32-story Midtown East office property, pays interest at a fixed-rate of 3.23 percent. The securitization is slated to close on April 15, according to information from Moody’s Investors Service. Based on the whole mortgage loan, it sports an 8.5 percent debt yield, as well as a 8.24 percent cap rate.

The 1.34 million-square-foot asset sits between East 54th and East 55th streets, occupying an entire city block. The first four floors and two subterranean levels of the building serve as the United States Postal Service’s (USPS) New York City mail-handling and sorting facility. USPS, which currently occupies more than 492,000 square feet, has been a staple at the property, having been housed there ever since it was built in 1968.

The property has been a leasing overachiever compared to other office assets in Manhattan, even pre-COVID. Over the last 20 years, it’s logged an average occupancy rate of 97.2 percent, compared to the east side of Manhattan’s average of 93.5 percent since 2000.

As of this month, the property is currently 97.9 percent leased to 15 tenants. Other major tenants at the building include IPG DXTRA, a massive, global marketing collective, and pharmaceutical company Allergan (formerly Forest Laboratories), which occupy 17.1 percent and 12.5 percent of the building’s net rentable area, respectively, according to data from Moody’s.

Vornado acquired its interest in the property in 1999. It currently pays a fixed rent of $1.6 million on the ground under the Class A asset, a lease that commenced in 1966 with no escalations or rent resets included through the lease’s maturity on Nov. 20, 2063. In summer 2009, Vornado exercised its first extension option on its ground lease, which pulled its maturity out to May 31, 2041 — it also has another 22.5-year extension it hasn’t yet triggered, per Moody’s.

The company has funneled around $124 million into the property over the last decade, including $89.4 million for costs associated with tenant improvements, leasing commissions and “other leasing costs,” per Moody’s. The extra $34.6 million investments went toward base building upgrades. In 2011, and also 2019, Vornado renovated the lobby and the outdoor public plaza, modernized the elevators and added a suite of outdoor amenity spaces.

It’s the second time this month that Vornado has tapped the CMBS market for its office property refinances. Earlier in March, the REIT — together with the Canada Pension Plan Investment Board (CPPIB) — closed a $525 million CMBS refinance for their office tower at One Park Avenue, as first reported by CO. The two-year, interest-only, floating-rate mortgage loan was provided by Deutsche Bank and Barclays.