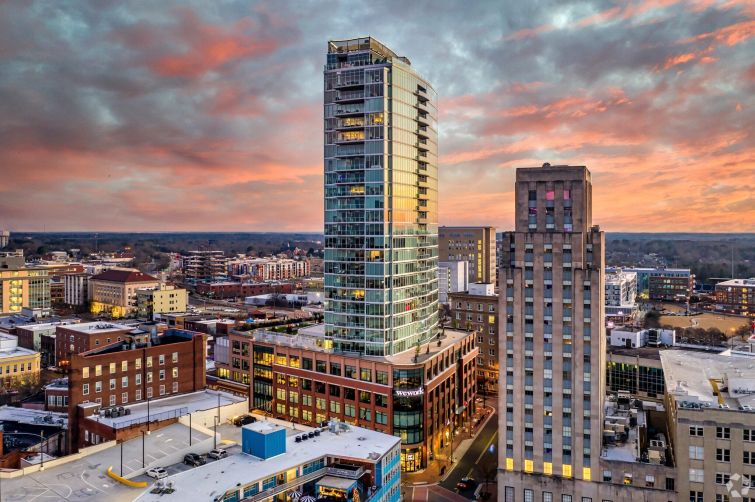 The two-year loan went toward retiring existing debt on One City Center, the only high-rise residential development located in Downtown Durham, and was provided via one of ACRE’s established debt fund vehicles.

JLL’s Roger Edwards led the arrangement of the financing, which closed earlier this month.

The development, which opened in January and also hosts Duke University in a portion of its office space, has benefited from these economic drivers, Jacobs said, adding that One City Center is “a first-of-its-kind luxury high-rise for downtown Durham that has already had success in leasing … We are proud to provide this to an already successful project and contribute to its continued success, as well as the burgeoning growth of the entire Triangle region.”

One City Center is located at 110 Corcoran Street in Durham, and comprises 109 market-rate apartment units as well as 30 “owner-occupied” condominiums, as per information from ACRE. The condos were just over 88 percent occupied as of January 2021.

It has more than 130,000 rentable square feet of multi-use office space situated on the first few floors of the building, which is supplemented by roof decks on the 3rd and 4th floors, indoor bike storage and showering facilities on the first floor, according to the property’s website. Duke University was the first office tenant to sign on at the building, sealing a deal for 55,000 square feet prior to the building being delivered in 2019. Office rents sit at $32 per square foot, as per the property’s website.

The property’s nearly 23,000 square feet of ground floor retail space is owned by publicly traded real estate investment trust Armada Hoffler Properties, as per information from ACRE. The first few floors and lobby of the development hosts a WeWork, a B.GOOD and a Pokéworks, among other offerings, including a Bulldega Urban Market and an Aveda salon.

Residential amenities at the property include a fitness center as well as a rooftop suite of amenities that features a pool, hot tub, sundeck, lounge and kitchen; the 6th floor has a terrace green space with seating areas, barbecue grills, a fire pit and a dog park; and there’s also a 122-space parking garage available for residents.

Monthly rents for the apartments range from nearly $1,900 for one-bedrooms to north of $5,000 for the largest two-bedrooms units, as per the property’s website.