The asset, on the Red Hook waterfront, is 100 percent leased to the e-commerce giant. 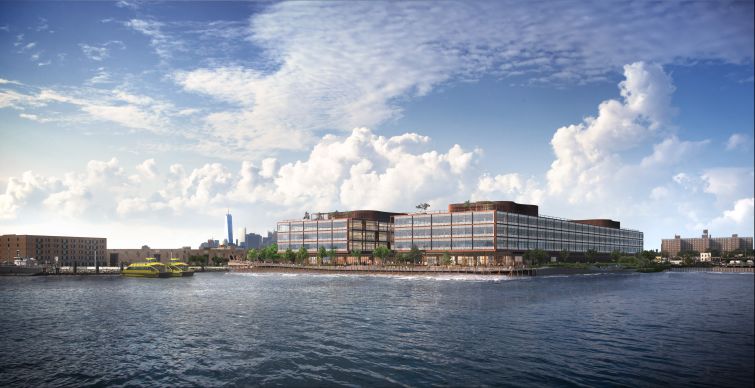 Thor Equities has closed a full recapitalization of its warehouse property at 280 Richards Street in Red Hook, Brooklyn, Commercial Observer has learned.

The deal includes a $155 million joint venture equity recap plus $76 million in construction financing for the project, which is 100 percent pre-leased to Amazon.

Funds managed by Apollo Global Management provided the seven-year, construction-to-perm loan, while sources said the JV equity was provided by a “foreign entity,” who couldn’t immediately be identified.

Sources familiar with the development said that Newmark’s Jordan Roeschlaub, Dustin Stolly and Nick Scribani led the capital raise and the debt placement, along with Kevin Welsh, Brian Schulz and Brett Siegel on the equity side and Dominick Calisto on the debt side.

Located on the Red Hook waterfront, the property at 280 Richards Street is a state-of-the-art, last-mile distribution center that was designed on a speculative basis for Amazon, who snapped it up on a long-term basis.

CO first reported in November that the e-commerce giant had signed a 20-year lease for 311,796 square feet at the industrial asset, which sits adjacent to Ikea.

The 7.7-acre project, also known as Red Hoek Point, was initially targeted as a creative office development before Thor pivoted in 2019 toward industrial use. It’s surrounded by water on three sides with clear views of the Statue of Liberty and Lower Manhattan.

Thor has owned the property since 2005 and will execute its development alongside March Construction, Ware Malcomb and DeSimone Consulting Engineers.

The deal further expanded Amazon’s footprint in the New York City metro region, with the shopping giant upping its square footage in the past two years from 909,000 square feet to a whopping 3.1 million square feet. The coronavirus pandemic has only accelerated the pull towards e-commerce and the need for speedy delivery, with the boroughs playing a critical role in Amazon’s last-mile-distribution strategy.