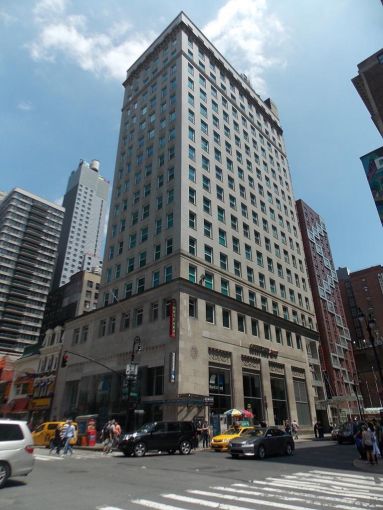 Flex office provider The Yard will convert a shuttered Courtyard by Marriott hotel in Herald Square to offices, The Real Deal first reported.

The Brooklyn-based coworking company signed a management agreement with the owners of the 167-key hotel at 8 Herald Square, an affiliate of Hidrock Properties. The hotel, located at the corner of Sixth Avenue and West 35th Street, closed permanently in September after facing COVID-related difficulties, according to a notice filed with the New York State Department of Labor.

The Yard, which has roughly ten locations in New York, will convert the hotel to 180 private offices, and utilize the hotel’s third-floor lobby as a conference and events center, the company confirmed.

The Herald Square hotel is one of the many casualties felled by the coronavirus pandemic, which has devastated the city’s hospitality industry. Several closed hotels have long been rumored to be replaced by office towers, such as the 96-year-old Roosevelt Hotel which shuttered last year, Commercial Observer previously reported.

But the future of the office market is also uncertain, and coworking companies in particular have been hit hard by the pandemic. WeWork has been shedding leases, Knotel recently filed for bankruptcy and Breather closed all of its locations.

Nevertheless, The Yard is actively looking for additional properties to execute management deals at, co-founder Richard Beyda told TRD. It does not intend to shed its existing leases, he added.

The property, which also has an address of 960 Sixth Avenue, was previously offices and was converted to a hotel by Hidrock Properties, which purchased the property in 2009. The Yard plans to open the Herald Square location by Feb. 15.

Hidrock did not immediately respond to request for confirmation or comment.