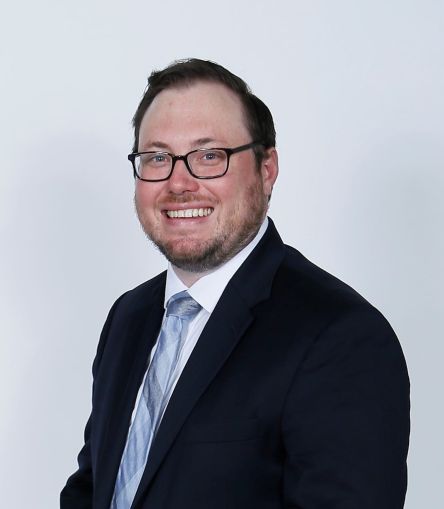 Title insurance, which protects real property buyers and lenders without adding exorbitant risk premiums to the cost of capital, has proven to be a vital part of any commercial real estate deal.

Matt Barlow, national commercial counsel for Chicago Title Insurance Company’s Washington, D.C., and Baltimore national commercial services operation, has seen the industry face challenges before, but nothing like what the COVID-19 pandemic has brought. Still, the company has worked to continue providing much-needed title insurance to deals throughout both areas.

The company’s team has nearly 35 years of diversified experience across all asset classes in the Washington, D.C., Maryland and Virginia marketplace. This includes professional staff in Chicago Title’s two National Commercial Services (NCS) offices in Washington, D.C., and Baltimore.

Commercial Observer: What has been the impact of the pandemic on the title insurance industry overall?

Matt Barlow: One of the basic functions of a title company is to record legal documents on behalf of a party or entity. The sudden closure of courthouses due to the pandemic rendered this task an impossibility and most activities were halted during the early stages of the health crisis. Our first task was to determine which courthouses — in which jurisdictions — were closed entirely or simply closed to the public.

Next, as courthouses resumed activities, albeit limited, our team needed to ascertain the manner in which legal documents would be accepted. This varied widely, with some accepting drop-off documents, others operating exclusively online and everything in-between. We needed to also generate confidence, among ourselves and our clients, in the safety of dropping documents into boxes outside courthouses.

How did it affect your company?

In business, you can never over-communicate. This became our mantra to manage challenges caused by the pandemic and the new ways we were forced to operate. We always strive to communicate consistently and effectively, but we placed renewed focus on staying in contact with customers, vendors and our relationships at the courthouses. With limited staff at the courthouses, we held conversations with our customers to help manage expectations with regard to expected timelines and the receipt of recorded documents. In many respects, these challenges made our team work even closer and at a higher level.

You recently closed and issued title insurance policies for Port Covington. Why was this a project that you felt was a strong one?

Port Covington is recognized as one of the largest urban revitalization initiatives in the country. Upon completion, this 235-acre redevelopment project will include up to 18 million square feet of real estate product, including commercial office and retail space, a diverse mix of residential housing options, restaurants, extended-stay units, 40 acres of green space, and a section of restored Baltimore City waterfront.

Can you talk about the particulars of that deal?

A number of factors made this transaction among the most complex our team has ever been involved with. It involved a number of simultaneous sale and loan closings on largely undeveloped land on the Port Covington waterfront in Baltimore City, and included 10 different stakeholders with ownership positions or affiliated investment interests in the development. Our Chicago Title NCS DC|MD team was required to coordinate the activities of multiple lending groups, lessees, developers and legal counsel; government transfers; the simultaneous closing of three separate construction loans; refinancing of existing debt; tax credit investors for multifamily housing; TIF financing; new condominium declarations and plats and road closures.

What were the complexities of that deal that you needed to work around?

The transaction involved underwriting and issuing 15 title insurance policies for nearly 50 land parcels and recording more than 60 legal documents. Many dominoes had to fall in the correct sequence to assure the successful completion of this closing. A significant challenge was managing the sheer transactional volume involving multiple land parcels, and the added difficulty of performing most functions virtually due to the ongoing pandemic.

What other notable projects do you have in the works in our area?

The number of real estate transactions has steadily accelerated since the midpoint of last year, and our team is actively engaged in significant deal activity throughout the DMV [D.C.-Maryland-Virginia] region across all asset classes. We expect to be involved in a number of high-profile projects; however, our industry is trusted to maintain confidentiality. In 2020, our NCS team coordinated, closed and insured $24 billion in regional and national commercial transactions.

What do you foresee in the year ahead in the title insurance industry?

Our industry collectively suffered through delays and canceled transactions throughout 2020, but transaction activity surged in [the fourth quarter] and everyone is extremely confident about the strength of the commercial real estate market going into 2021. Much of this activity is being driven by pent-up demand, combined with strong rates, plentiful sideline capital and ample inventory. Baltimore City demonstrated its commitment to grow, invest in infrastructure and remain a contributing partner in these transactions, rather than a roadblock or deterrent. Baltimore city officials are aggressively pursuing new deals, which will translate into significant activity. Our team looks forward to being a part of it.