E-commerce, streaming, cloud migration, and government incentives have driven the initial jump in leasing and build-outs 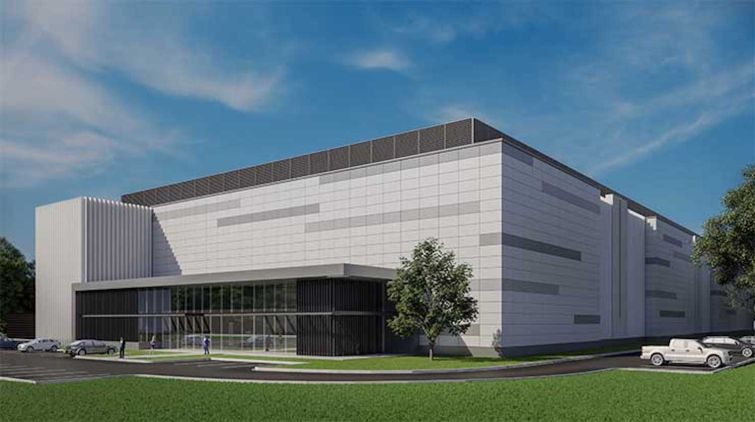 While Northern Virginia had long been one of the country’s top data center markets, several large transactions in 2016, led by major Microsoft and Oracle leases, catapulted the area to the top spot in the U.S., which it has claimed every year since.

Kevin Imboden, senior research manager of data center insights for Cushman & Wakefield, said recent data show that 2020 set a record for data center absorption in NoVA with approximately 390 megawatts absorbed, doubling any other year in history. Back in 2016, it was under 200 megawatts.

Jamie Jelinek, first vice president at CBRE and an active member within the firm’s Data Center Solutions group, characterizes the rise as “explosive,” with its magnitude driven primarily by large tenants with footprints over 10 megawatts (MW), frequently alluded to as hyperscale tenants.

“The hyperscale activity in Northern Virginia is unlike any other market in the world,” Jelinek said. “As a result, market absorption in Northern Virginia over the past few years has exceeded that of the next six largest U.S. markets combined during the same timeframe.”

The proximity of all of the data centers and connectivity in the D.C. area has its roots in many of the telecommunications industry stalwarts having either their headquarters or significant presences in the D.C. region.

According to Doug Fleit, chief executive of fund manager and operator American Real Estate Partners, there were two predominant drivers: the Federal Communications Commission was in D.C., which drew those many significant telecom company presences; and companies, such as Bell Atlantic and MCI, were headquartered in Northern Virginia.

“Those factors combined to be a magnet for the engineers and senior professionals and executives who specialized in the telecom sector,” he said. “As both wireless and the internet grew, so did those companies and the many spinoffs and a host of new companies, in turn, were created. Firms like Nextel, AOL, MFS, UUNET and literally dozens of others sprung from the wealth of demand and the talent that grew in D.C.’s expanding telecom industry.”

Therefore, it was only natural that when the internet needed a central presence for all of those constituents to connect that it was put in Virginia. That internet exchange point was originally placed in an office building in Tysons called MAE East (Metropolitan Area Exchange, East).

“As MAE-East grew, it exceeded what that property could deliver and was relocated to what is now known as Quantum Park, owned by AREP and the original HQ for UUNET,” Fleit said. “Within a short time, it shifted again to a building — and now a group of buildings — that Equinix owns on Filigree Court, and thus began the new age of connectivity in Ashburn.”

One of the key factors for data centers is power, and analysts say Northern Virginia has done an exceptional job meeting the needs of those users and companies providing these services to the world.

“While Northern Virginia’s low rental rates and low cost of power contribute to its success, these attributes can also be seen in a few other U.S. markets,” Jelinek said. “Ultimately, it’s the connectivity, fiber, and cloud ecosystem in Northern Virginia that set it apart from the other markets.”

Loudoun County’s Ashburn, nicknamed Data Center Alley, would be considered Main and Main when it comes to leasing activity, while some of the surrounding cities, such as Reston, Sterling and Herndon, have also seen large increases. Manassas, too, has started to take off in recent years.

The reasoning is that Ashburn and the surrounding markets comprise, quite simply, the most robust data center ecosystem in the world, said Fleit.

“Loudoun County has created an environment where companies can develop these facilities and encouraged development with expanding power, good water access and the best fiber network on the planet,” he said. “Loudoun and its surrounding jurisdictions recognize the need to further encourage this development by offering incentives through appropriate local tax structures to companies to make the extraordinary investments needed to fulfill all their customers’ demands.”

All of this has combined to support the growth of one of the world’s most important sets of industries and made it very attractive to data center owners and operators. Northern Virginia, as a result, has become a thriving ecosystem of carriers, cloud hosts/providers, content providers, colocation companies, and all of the various enterprises that comprise them and that serve them.

“In fact, everything that flows through Northern Virginia actually serves customers and companies around the world and reaches every single person who connects to the internet everywhere,” Fleit said.

“In recent years, the success of NoVA has been at the expense of Dallas more than any other market,” said Jim Kerrigan, managing principal of North American Data Centers. “In earlier years, New York and New Jersey. In fact, D.C-based DuPont Fabros [Technology] sold its Piscataway[, N.J.] property for a significant loss because of lack of demand in 2016.”

North American Data Centers, a commercial real estate advisor to companies looking to buy, sell, lease, and invest in data centers in the U.S. and Canada, has sold more than 2.5 million square feet of data centers in NoVA during the past four years, and has been involved with land acquisitions and leasing on behalf of his clients.

He noted there have been a number of significant factors that have driven data center leasing activity to the region.

“Virginia and, specifically, Loudoun County were one of the first jurisdictions that provided legislation that favored nearly all of the tenants,” Kerrigan said. “Many economic development groups have state and local incentives targeted only to attract the very largest of users, such as North Carolina and Iowa. While very successful, it only attracted large build-to-suits by some of the largest companies in the world.”

Loudoun County was an innovator in providing both the incentives and the support for local utility infrastructure. It runs from abatement or mitigation of personal property taxes — an important consideration for companies who put dense arrays or servers in their facilities; land and zoning for meeting the demand from the operators and users; land for substations, along with creating ready rights of way for utilities and fiber.

American Real Estate Partners has had huge success in the segment, beginning with its 2015 acquisition of a property on Loudoun Parkway in Ashburn that it rebranded as Quantum Park and is now in the very heart of the Data Center Alley.

“This is where MAE-East bloomed when it moved to Ashburn from its incubator in the basement of an office building in Tysons Corner,” Fleit said. “It remains one of the most important and strategic properties in the world. During the past five years, we have renovated and expanded it to connect with every new part of Ashburn and Northern Virginia. It has been a wildly successful development for us.”

At the beginning of 2021, American Real Estate Partners acquired a site in the Beaumeade office and data center park that sits at that Main and Main for $21.5 million, and plans to build a 265,000-square-foot data center. The site sits along key parts of what’s known as the Ashburn Ring. That includes a major power grid for transmissions and fiber cables.

“We could not be more excited with the site,” Fleit said, “and we are now in the planning stages for the construction of a new data center, which we expect will be underway later this year. Speed to market is vital to meet the needs of users. This site will be an incredible location for one of the large users in the market today.”

Fleit said he believes that the industry is only at the beginning of this new era, too. A convergence of technologies and demand is fueling explosive growth in the need for data centers: an accelerated migration to the cloud, media streaming, e-commerce and e-finance at every level, augmented reality, self-driving cars and taxis, the Internet of Things — and a lot of it newly powered by artificial intelligence.

“The ability to connect, share, communicate, coordinate, integrate, and use that data seamlessly and instantly continues to increase,” Fleit said. “All of that data is being collected, and shared, and mined in ways that continue to evolve and spells more internet growth. Just putting the computing power we all now have in our hands through our phones is a continued driver of these industries.”

As is the migration to the cloud among both large private companies and government agencies. Dave Fanning, an executive managing director at Cushman & Wakefield, noted that data center leasing has continued rising as the largest cloud servicing firms take up hundreds of megawatts annually. He said the first preference of each of them is to self-build large scale facilities, and it has not quite entered the gigawatt range but will be the first market in the world to hit this milestone.

“NoVA remains very popular due to the plethora of low latency connections to national fiber networks, and an extensive presence of cloud and colocation providers in a business-friendly region with reasonable power costs,” he said.

Imboden said COVID has sped up many of the trends that were already fueling Northern Virginia’s data center growth.

“Companies and government agencies alike have long acknowledged the need to transform their IT infrastructure, deriving more efficiency from technology and gaining benefits from emerging technologies,” Imboden said. “COVID accelerated this process, as these organizations were forced to adapt on the fly, as workers were sent home and business had to remain productive through digital means.”

So, many credit the pandemic for upping the demand for data centers. But Kerrigan feels it is only a small part of the equation.

“There is not necessarily one driver for the demand increase, and while work from home or school from home, online gaming, social media, video streaming, and video may have contributed to additional leasing and increase in bandwidth, there are so many other factors contributing to demand that started long before the pandemic and will continue well into the future,” he said.

In 2021, most industry insiders expect to see more of the same booming activity in the sector — strong leasing across the globe, major construction pipelines, and a continued flow of investment capital chasing deals.

“I expect to see continued growth in Northern Virginia at the same pace we’ve seen over the past two to three years — again, led by hyperscale tenants,” Jelinek said. “The ongoing theme of colocation landlords accelerating build-outs to keep up with demand will continue to play out.”