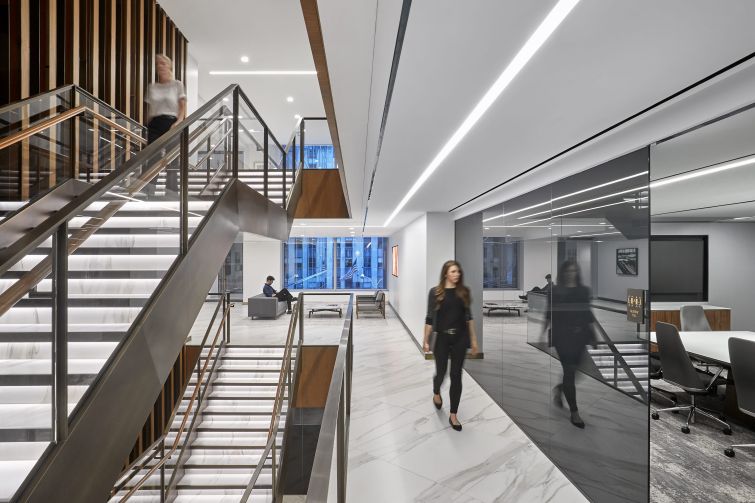 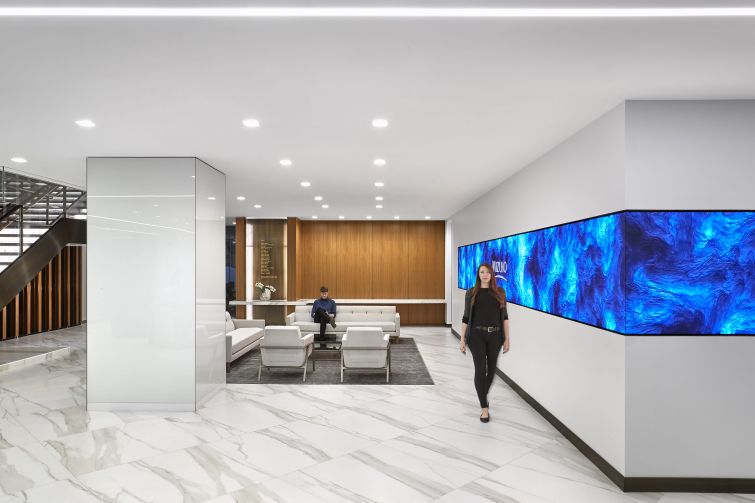 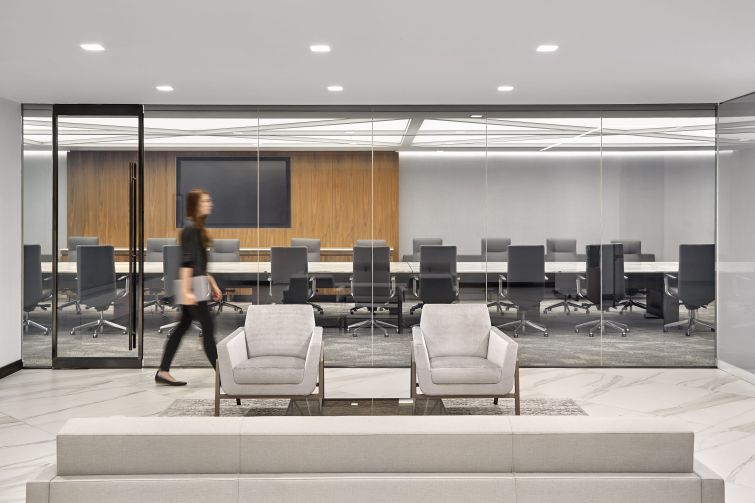 Conference and board rooms have wood panels on the walls, as well as unique furniture like this marble conference table that has an engraving that matches the pattern of the ceiling lights. Image: Ted Moudis Associates 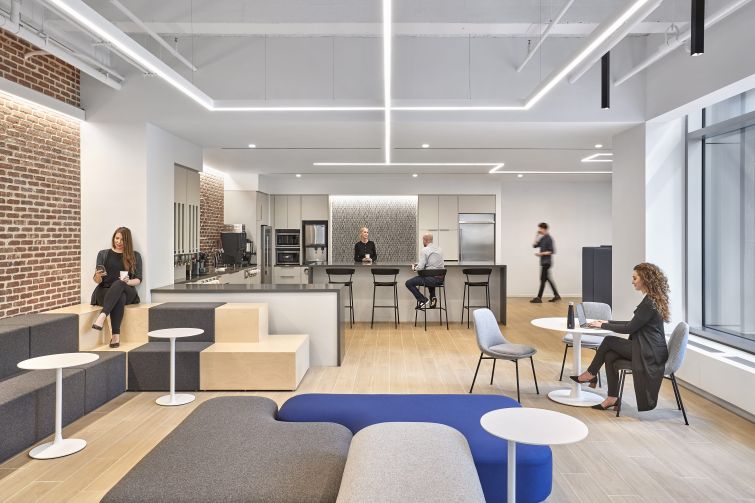 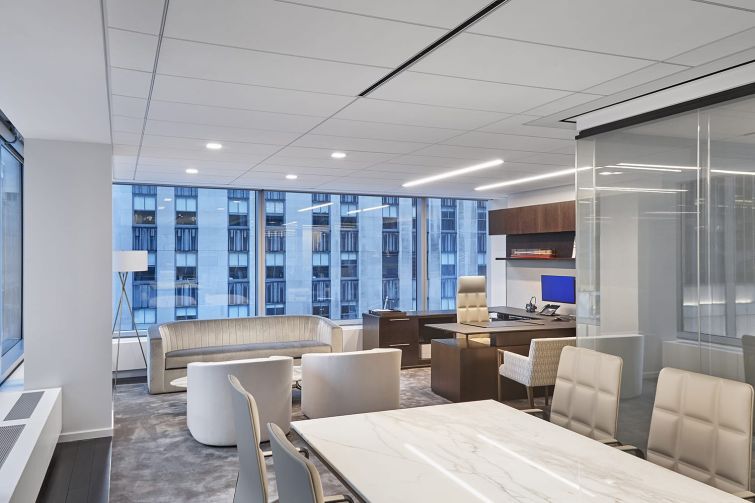 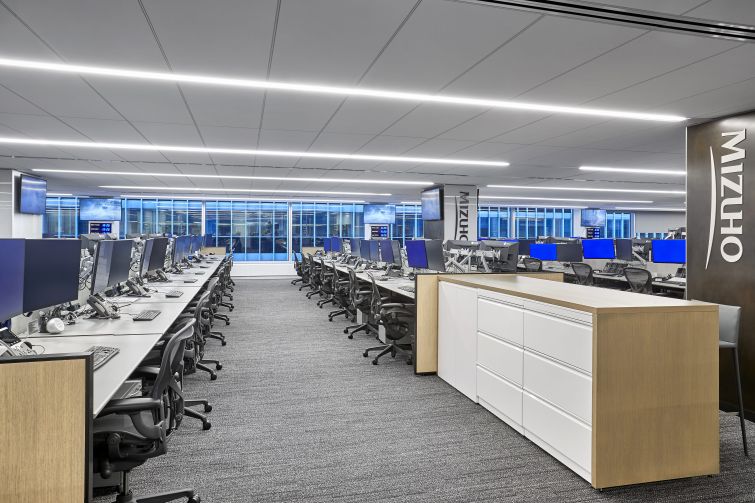 Much of the office will be large open trading floors that are vented from above to help absorb heat produced by employees' computers and multiple screens. Image: Ted Moudis Associates
Previous Next

When Tokyo-based financial giant Mizuho wanted to redesign its New York City headquarters, it had to figure out how to accommodate 1,800 employees while projecting a minimalist and modern Japanese vibe.

The bank moved into 411,000 square feet across five floors at 1271 Avenue of the Americas last year, just before the pandemic began. Although it already had 141,000 square feet in the building, it leased an additional 270,000 square feet of office space there in 2017, consolidating employees from three other Midtown offices under one roof.

Designed by Ted Moudis Associates, the new office includes an elevator lobby enclosed by illuminated wood slats that are meant to mimic a Japanese trellis. The reception area has a wooden and white marble reception desk framed by a black marble wall, along with a large video wall that displays the company’s history and notices to employees.

There is also a dedicated escalator leading from the lobby to Mizuho’s second-floor space. As visitors come up the escalator, they can see a glass wall with a projected pattern of moving binary code that translates to “One Mizuho.” The binary code reappears on glass walls throughout the office, functiong as both a design element and a code requirement to prevent the glass from being completely transparent.

The architects incorporated written Japanese into some areas, like a wall of vertical metal blades in the main cafeteria that reads “Energize” in English on one side and in Japanese characters on the other.

Wood paneling is a common theme throughout the space, with wooden walls in corridors and conference rooms, and blonde wooden floors in cafes. There are soft seating areas scattered throughout the five floors, from stepped seats for larger meetings in the cafes to midcentury modern gray couches and chairs in smaller meeting spaces.

Certain elements of the office were created with the large trading and investment banking staff in mind, including a movable wall and a large video screen in the main coffee bar area that allows the traders to meet there each morning. The architects even kept the traders’ snack preferences in mind.

“We made cereal dispensers in the main cafeteria because we found out the traders like to eat cereal all day,” said Kelly Lawlor, one of the architects at Ted Moudis.

In terms of COVID-proofing the office, the architects had already planned for touchless fixtures and for the large trading floors to be vented from above. The overhead venting was an effort to help regulate heat from the traders’ electronics, which can also be independently powered and cooled if the building’s electricity fails.

The office has been very lightly occupied since March — typically by no more than 100 workers at a time — and Mizuho doesn’t expect to bring its traders and other employees back in full until this summer, said Glenn Listor, the company’s regional head of corporate real estate. The company also disinfects the space every night.