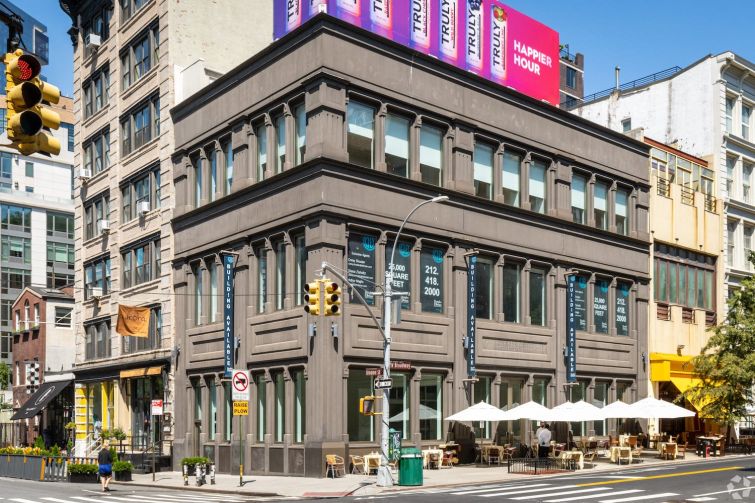 Serhant signed a lease for four floors at 372 West Broadway, taking over the former Tommy Hilfiger flagship for his SERHANT. brokerage, The Real Deal first reported. A spokesperson for Serhant declined to provide the terms of the deal, but said the asking rent was $1.1 million per year.

The office, dubbed “SERHANT. House,” will include a lounge area, coworking space for agents and an “experiential space” for clients on the first two floors, according to Serhant. The top two floors will host traditional office space for the administrative, marketing and creative teams, and a portion of the ground-floor will house the brokerage’s in-house production team, SERHANT. Studios.

“We’re reimagining the brokerage business and wanted to find a home that brings to life a concept representative of who we are and who we want to be,” Serhant said in a statement. “372 West Broadway is an iconic storefront in the heart of SoHo and we’re proud to call it the new SERHANT. House, but what’s even more exciting is giving our team a modern, social, experiential place to work.”

The celebrity broker, who rose to fame on Bravo TV’s reality show “Million Dollar Listing New York,” spent more than a decade at Nest Seekers International before he left and launched his own eponymous firm last year, The Wall Street Journal reported.

Serhant currently has an office at 594 Broadway in Tribeca and plans to open the new SoHo space in the spring.

“For its size, there is nothing that compares to 372 West Broadway in the downtown market,” Newmark’s Caleb Petersen, who brokered the deal for Serhant, said in a statement. “It’s a perfect fit for SERHANT, as it’s a rare full-building corner that offers the firm a magnificent presence and a great signage opportunity.”

Petersen worked on the deal along with colleague Ben Shapiro. The Maglio + Shuster + Zisholtz Commercial Team at Douglas Elliman handled it for the landlord, Sanders Capital.

“The Maglio + Shuster + Zisholtz Commercial Team is proud to have represented the landlord and brings some much-needed energy to an area that has been hit hard by the pandemic,” the Douglas Elliman team said in a statement. “We hope this is the first of many to come to help revitalize and rejuvenate New York City in a post-COVID era.”