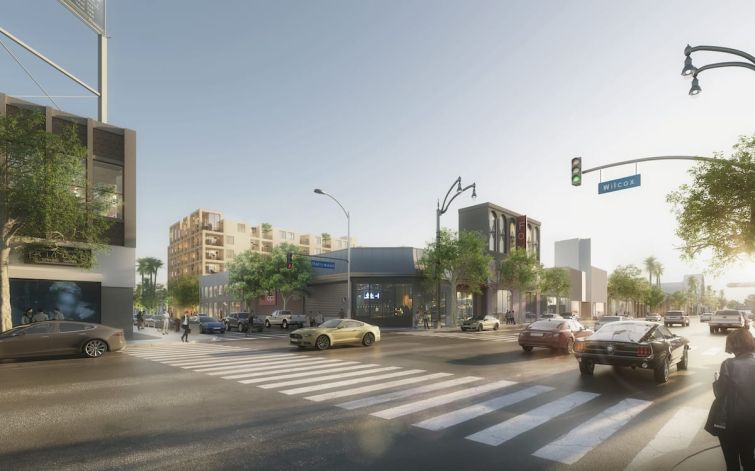 Renderings show the project from the corner of Hollywood Boulevard and Wilcox Avenue in Hollywood. Rendering: Withee Malcolm Architects 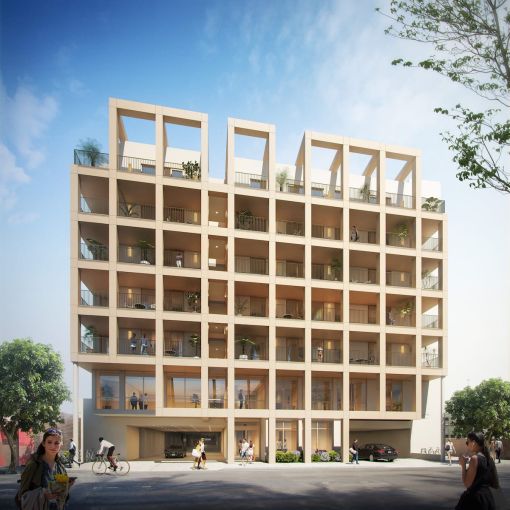 The project is expected to open in 2024 with the Arts Building designed by HGA along Hollywood Boulevard. rendering: HGA
Previous Next

Dirt is moving in Hollywood.

Crews have broken ground on the Hollywood Arts Collective, an affordable housing and mixed-use art center valued at $120 million, according to project developers.

SEE ALSO: Office Air Filtration In the Spotlight as Workers Trickle Back

The project will feature two buildings on Hollywood Boulevard in the heart of the tourist district. The Actors Fund — a national human services organization focused on serving people in entertainment — and multifamily developer Thomas Safran & Associates are leading the development and announced that construction is underway.

The Hollywood Arts Collective will bring 151 units for artists, an 86-seat Glorya Kaufman Theater, art galleries, rehearsal studios, non-profit arts office space, and a new home for the Actors Fund’s Western region. The project is expected to open in 2024 with the Arts Building designed by HGA, and the Residential Building designed by Withee Malcolm Architects.

The development will be located on Hollywood Boulevard between Wilcox Avenue and Schrader Boulevard. It’s along the Hollywood Walk of Fame, about a half-mile east of the iconic Hollywood & Highland shopping center, which is set for a $100-million makeover designed by Gensler.

The neighborhood is also seeing different forms of development and revitalization. Relevant Group has four hotel developments near Wilcox Avenue, and Harridge Development Group’s massive 1.4 million-square-foot development Crossroads Hollywood, with about 950 units, is also nearby.

Funding for Hollywood Arts Collective includes nearly $100 million from public sources, including the city of Los Angeles and state of California. The Actors Fund has also raised $5 million for the project and expects to reach at least $20 million in philanthropic support.

“Access to affordable housing is critical to a thriving creative community in Hollywood and the city of Los Angeles,” Keith McNutt, executive director of the Actors Fund’s Western region, in a statement.