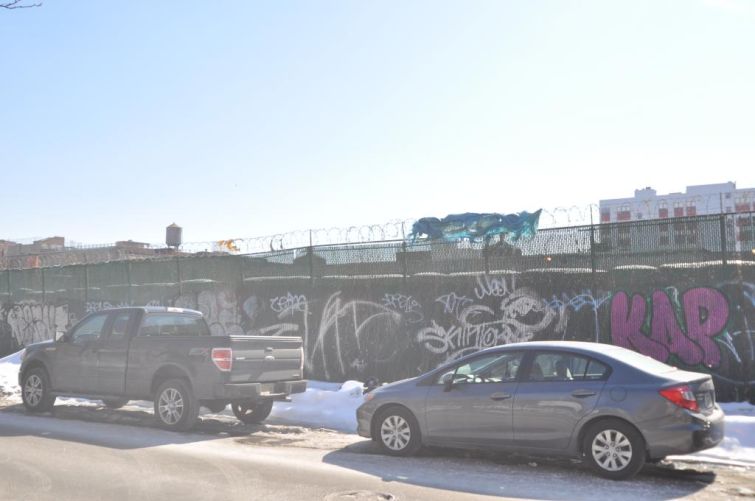 Toby Moskovits’ Heritage Equity Partners planned hotel in Bushwick, Brooklyn, could be doomed after it filed for bankruptcy this week while the developer has been fighting in court with lenders on the project.

Heritage Equity started Chapter 11 proceedings at its under-construction 144-room hotel at 232 Seigel Street on Tuesday through 232 Seigel Acquisitions LLC, which has about $7 million in debt, court documents show. The LLC lists the value of its assets as nearly $18 million.

Moskovits declined to comment. The lawyer who filed the bankruptcy for 232 Seigel Acquisitions, Mark Frankel, did not respond to a request for comment.

Heritage Equity, led by Moskovits and business partner Michael Lichtenstein, bought the vacant lot at 232 Seigel Street between Bushwick Avenue and White Street along with 15 other nearby plots of land in 2015 for $28.5 million, The Real Deal reported.

The developer filed plans later that year to build a 10-story, 97,245-square-foot hotel on the site designed by Morali Architects with a gym and restaurant, according to TRD.

However, in November 2019, Moskovits sued her lender, BridgeCity Capital, to stop default and acceleration notices on the $5.25 million loan at the Bushwick hotel development, TRD reported.

The loan was sold to Fortress Investment Group, and Moskovits refiled her suit in January, according to TRD. In the suit, Moskovits accuses Fortress of “predatory tactics” and only buying the loans to try and take over the project.

“Fortress clearly started colluding with BridgeCity defendants to try and prevent [Heritage] from constructing the hotel project, which would not align with the desire to maximize the value of the overall site by combining the property with an adjacent development site [at 215 Moore Street],” the suit said.

Moskovits withdrew the suit against Fortress earlier this month, a source with knowledge of the proceedings said.

Aside from the Fortress case, Moskovits and Lichtenstein are facing lawsuits from two investors tied to the Bushwick hotels and other developments.

In December, Shaul Kopelowitz filed a suit claiming Moskovits and Lichtenstein owed him $3.3 million and asked to be repaid with stakes in six LLCs owned by Heritage, including the one tied to 323 Seigel Street, TRD reported.

Richmond Hill Investment Co. also filed a suit against Heritage in February to get back $4.5 million related to 232 Seigel Street and the nearby office development at 215 Moore Street. The project at 215 Moore Street was later put into receivership.

And Heritage isn’t just dealing with problems with its Bushwick projects. Its flagship development, the Williamsburg Hotel at 96 Wythe Avenue, was thrown into receivership in October 2019 after Heritage defaulted on a $68 million mortgage on the property, TRD reported.