Dancing with Distress: Owners and Lenders Opine on 2020, Anticipation For 2021 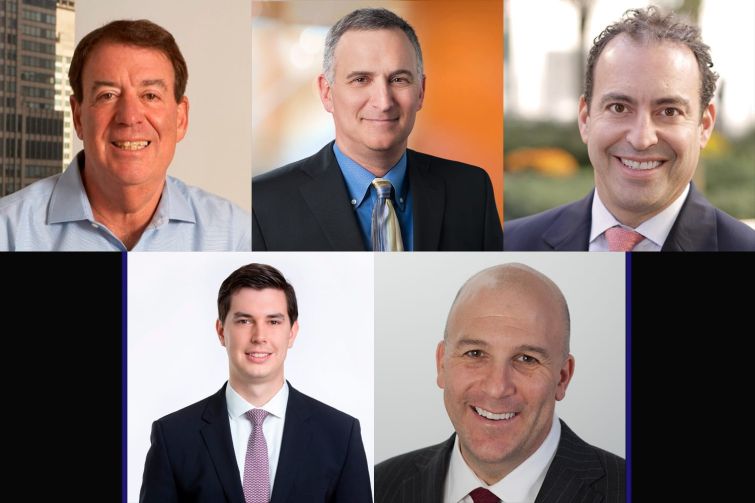 “Buying cheap is not going to be successful this time,” according to Empire State Realty Trust (ESRT) Chief Investment Officer Aaron Ratner.

Ratner was alluding to a difference between this cycle and post-Great Financial Crisis — and “most capital cycles,” for that matter. Capital is actually plentiful right now.

“We have trillions of dollars of fiscal and monetary stimulus; half of high-yield bonds are trading below 4 percent; commercial mortgages are being issued below 3 percent,” he said. “This, as a result, makes investors have to change their strategy … There’s too much global capital, with $300 billion in dry powder out there, just to buy cheap. We think investors are going to have to change their strategy this cycle to generate profits, which is how we’re positioning ourselves.”

As we turn the page to 2021, the realities of COVID-19 on different sub sectors of commercial real estate have become clearer, as has the roadmap to opportunities to capitalize on distress. Still, as more and more assets are being devalued and loans are entering into default, dealmaking isn’t ready to roar back into action just yet.

If the latest stimulus bill passes, that would bring the total number of federal support as a result of the pandemic to around $5 trillion, or a quarter of the U.S.’s total gross domestic product.

“It took a year in the last cycle to get $158 billion of stimulus, and the stimulus to consumers was a $600 tax refund, which takes a year or two to come through,” said Michael May, the President of Silverstein Capital Partners. “On March 24, [2020], they passed a $2 tillion stimulus [package]. If you look at the liquidity in the market, it’s being largely driven by government stimulus — tons and tons of capital — which is allowing people to chase yield.”

But, despite the liquidity injection, commercial real estate is “languishing,” May said. Office buildings, hotels and multifamily in major cities are virtually “empty.”

Iron Hound Management managing member and loan workout expert Rob Verrone said strategies from lenders vary, from balance sheets, to the commercial mortgage-backed securities space, to small or large real estate investment trusts. “They all have different tricks,” but despite that, you have to “drag a lender across the finish line nowadays, and you’re lucky if you get one or two” for deals on offices or hotels or urban residential, as May also pointed out.

Verrone added that the “best day for a lender is the first day they make the loan,” drawing laughs from the other panelists. “After that, stuff can go bad. A great day is they get paid off. Lenders are just being cautious.” Verrone added, anecdotally, that a difference between this cycle and the last cycle is that in the previous cycle, a borrower might own 20 properties with only two or three in default, and they “were able to tap into resources to help solve the problems, and now a lot borrowers might have 20 properties and 19 are under stress,” he said. “That’s a different value proposition in terms of how they make their equity work to get through this crisis.”

So as a lender, “where do you take your bets? As something’s becoming less and less valuable, where do you step in in the capital stack?” May said. Silverstein is seeing a lot of opportunity, but it’s “in a very different way than in a recession where you could come in and just load up on buying bonds, knowing that at what price they are trading, liquidity is going to become more plentiful and you are going to essentially accrete into a good investment.”

Unlike the last downturn, and despite the apprehensiveness, lenders have “come back to the table,” May said, and the roles for many of them have changed, as they went from being villains in 2009 to being the facilitator of relief for businesses and consumers through avenues like the Paycheck Protection Program. They have liquidity, “they’re just trying to use it wisely… and they’re just pricing things 100 to 200 wider on senior loans and they’re picking their spots. Everyone’s super sponsor based these days, and there are lots of bids for a good-quality asset.”

May added that on the mezzanine side, where Silverstein plays frequently, “the number of players has dropped dramatically. Most of the mortgage REITs have left the market, just because their stock’s trading below the [net asset value], it doesn’t make sense to make an investment that’s not going to ever appreciate after they make it, so they’re focused on buying back their stock or trading in the equity books. A bunch of funds are active like us and others got their chops licked because they borrowed a lot of repo and had problems with their credit lines, and we’re seeing the CLO market come back … we’re seeing things tighten, just in general.”

Ratner, May and Verrone spoke as part of a four-person panel titled “Then & Now: Biggest GFC Players Discuss New Leadership & Deal Strategies,” the first of two panels as part of Commercial Observer’s first-ever virtual event, “Dressed for Distress: A Once in a Cycle Deal for the Most Strategic CRE Investors,” which took place on Jan. 26. The trio were joined by Greenberg Glusker Partner Jeffrey Krieger, and the panel was moderated by Fred Berk, who’s a Co-Managing Partner and the Real Estate Practice Leader at Friedman.

Krieger really highlighted the difference between the two worlds of the haves and have nots in this downturn, and Ratner pointed to CMBS deals on assets like the Grace Building, One Manhattan West and ESRT’s own 250 West 57th Street as examples of this.

“There are record levels of liquidity for the ‘haves’ … for the ‘have nots,’ the dispersion in capital availability is wider and the cost of capital is higher,” Ratner said. “That’s where we see opportunity.”

As it relates to loan sales, volume for 2020 has been in the $3 billion to $3.5 billion range, where historically it’s been around $2 billion, according to Vicky Schiff, a managing partner at MREC Management, a subsidiary of Mosaic Real Estate Investors, citing a recent conversation with a CBRE professional.

“There’s been a lot of bid-ask spread issues with respect to price discovery,” Schiff said, citing CBRE in noting that there’s an assumption that 2020’s loan sales figure will double this year. “If not for some of the stipulations in the stimulus bill that passed a month ago, we’d probably see triple that.”

There was a lot of activity from a diverse group of lenders early in the pandemic, and then “that kind of dried up,” Chudgar said. “But we haven’t seen a significant number of distressed loan sales; we thought we’d see more, quite frankly. I think it’s coming and I liken it to the GFC, where you saw a lot of activity in 2010 and 2011 versus trades in 2009.”

Sbaiti said last year was quite an evolution for lenders.

“First half, the pandemic hit, you see the fire sale, especially on the CMBS side, some were getting squeezed by their margin lenders, but once that relief from the government came in for those margin lenders, they worked those issues out,” he said. “First half was debt funds, more reactive, and second half, you started to have balance sheet lenders coming in, maybe exiting things opportunistically, but trying to get ahead of issues in anticipation of potential re-categorization of those loans as [troubled debt restructurings].”

“A lot of the loan sales going on out there are primarily lenders re-allocating risk on their own balance sheets,” Hutton said. “Whether they have too much hotel exposure and need to sell a hotel loan or they have a big pay off somewhere else or have too much multifamily exposure in a particular market.”

Hutton said his firm isn’t really seeing the discount that loan buyers would want to see. “If there is some sort of discount, it’s 90 to 95 cents on the dollar, and obviously, with scale, that discount could be deeper. We’ve seen discounts layered in with structure through some sort of seller financing, whereas the loan seller can reclassify the loan on their balance sheet and the loan buyer doesn’t have to pay the full par price.”

As 2021 progresses, market participants are expecting these playing fields to heat up across the board, especially as the backdrop of intense government support of the market persists.

Alongside the vast amount of liquidity in the market, lending standards this cycle were more prudent, so “in order for their to be a deep discount to the loan, the equity first has to be wiped, whereas in most cases the equity is 25 to 35 percent of the capital stack, so that’s a massive value decline before you see your loan being impaired by 20 to 40 percent.”

Schiff said that “capital forms around opportunities that will eventually be there… I think there will be some meaningful discounts, particularly on hotels that just can’t weather any more days of carry.”

This writeup is an edited and condensed recap of the event, a full replay of which can be found here.