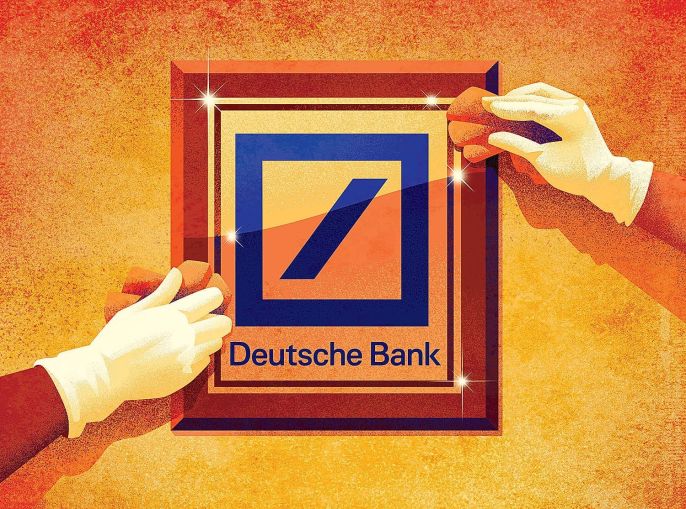 There were court cases. There were negative headlines. There was a public face-off with the (then) most powerful person on the planet. There were fines due to a relationship with a notorious sex offender. One of its top players exited and thousands of its employees were laid off, thanks to a global pandemic and a cratering economy.

And, yet, despite all of this, Deutsche Bank had a pretty good 2020, when it came to real estate lending, and remains at the top of its game as a go-to financing source.

The German bank is one of the most active lenders in the commercial real estate market and is poised for more growth in a business that hasn’t seen any drop-off in recent years. One source Commercial Observer spoke with described Deutsche Bank as “top-flight” and a “critical capital source and partner” in their business, and that’s the overarching sentiment when it comes to the investment bank’s role in the market.

The COVID-19 pandemic didn’t slow its roll, and the bank financed six deals totaling $3.75 billion between March 15 and Nov. 15, according to data from research site Reonomy. Activity during the depths of the pandemic included a $1.85 billion loan to Wynn America on April 24, and $800 million to Arconic Lafayette on Sept. 24 for an industrial development in Indiana.

According to Trepp data, Deutsche Bank finished 2020 as the fourth biggest commercial mortgage-backed securities (CMBS) bookrunner with $6.6 billion of loans through 10.07 aggregated deals, with only JPMorgan Chase, Citigroup and Goldman Sachs issuing more debt. Deutsche’s 2020 CMBS volume was slightly below its 2019 total of $9.3 billion from 11.53 aggregated deals.

Deutsche also ranked fourth in private-label CMBS issuance that excludes mortgage-backed securities from government-sponsored entities, with $22 billion issued through 28 deals comprising 39.3 percent of the market share, according to Trepp. In 2019, the bank sold $36.9 billion of private-label CMBS debt from 40 transactions for 38.2 percent market share.

The Frankfurt-based bank boosted its commercial real estate collateralized loan obligations (CLOs) activity in 2020 with $652.65 million through three deals, compared with $480.42 million from two transactions in 2019, according to Trepp. The 2020 deals priced in June and October, although when their collateral was originated couldn’t immediately be determined.

“Despite the lending challenges resulting from the pandemic and that overall CMBS issuance was down in 2020 compared to 2019,” said Trepp analyst Catherine Liu, “Deutsche Bank has been able to grow its loan market share in the past fiscal year along with the top players JPM, Citi and Goldman, and, at the same time, was also among the most active in CRE CLOs and risk retention, as well as a number of categories across the board.”

Eltorai noted that outside of CMBS, Deutsche executed two notable acquisition financings backed by commercial real estate in late 2020, starting with a $323 million loan for Hackman Capital Partners and Square Mile Capital Management in November to acquire Silvercup Studios in Long Island City, Queens. It followed that up with a $763 million financing for American Tower’s acquisition of InSite Wireless Group in Alexandria, Va.

Deutsche was founded in 1879 as a specialist bank for financing loans and promoting German exports. In the 1970s, the bank began to expand internationally before creating its first significant investment banking presence with the 1989 acquisition of U.K.-based Morgan, Grenfell & Co. It was listed on the New York Stock Exchange for the first time in October 2001, and has gone from strength to strength as a Wall Street staple. A big driver of the collateralized debt obligation (CDO) market in the run-up to the global financial crisis, the firm was home to key figures of the time, including its then-top trader Greg Lippmann, who famously bet against the subprime mortgage market, as documented in Michael Lewis’ “The Big Short.”

Under Bornstein’s leadership, the bank recorded transactions totaling $32.6 billion in 2019, aided largely by $4.5 billion of financing tied to the Hudson Yards development on Manhattan’s Far West Side that included a $1.25 billion construction loan for 55 Hudson Yards. Deutsche Bank was also one of four banks in 2019 that provided a $1.25 billion refi for Paramount Group’s 1633 Broadway.

The heavy origination activity for Deutsche Bank over the last two years occurred as the bank battled bad press, because it was in the middle of a lengthy legal battle over whether Congress could review President Donald Trump’s financial records, which he aggressively fought in an effort to prevent the American public from seeing his tax returns. The U.S. Supreme Court ruled in a 7-2 decision last July to remand the case back to the lower courts, which has delayed the records from being released.

President Joseph Biden’s inauguration marked the end of a challenging four years, where the bank was closely linked with the polarizing Republican president.

Deutsche executives knew they had a perception problem following the real estate mogul’s surprise triumph over Hillary Clinton in November 2016 and sought to downplay it by forbidding the bank’s traders and sales staff from uttering the word “Trump in external or internal communications,” according to David Enrich’s 2020 book, “Dark Towers: Deutsche Bank, Donald Trump and an Epic Trail of Destruction.”

The bank’s relationship with Trump dates back to the late 1990s, when it supplied him with more than $2 billion of debt. It began examining ways late last year to cut ties with Trump in his post-presidency by offloading from its books roughly $340 million of outstanding debt that he owes the bank, according to a Nov. 3 Reuters report that cited three senior bank officials.

The Trump debt is tied to three of the former president’s properties, including the Trump National Doral Miami golf course, Trump International Hotel Washington, D.C., and Trump International Hotel & Tower Chicago, according to the Reuters report. The loans are set to mature in 2023 and 2024. Loans for the Doral and D.C. properties came at low interest rates despite Trump’s spotty credit history of repeated defaults, Enrich outlined in his book. The Deutsche Bank Trust Company Americas oversight board approved the loans without scrutiny.

Deutsche Bank is reportedly looking to unload the debt either by selling loans to prospective lenders in the secondary market or by seeking repayment through a refinancing, which would effectively sever the bank’s ties to Trump. Deutsche senior officials told Reuters that selling the loans may prove challenging, since they are backed by hospitality assets that are in the red because of COVID-19.

Deutsche Bank declined to comment on efforts to unload its Trump-tied debt or future goals for its commercial real estate lending arm.

Deutsche Bank’s other piece of radioactive press (also unrelated to its real estate arm) was the $150 million the bank agreed to pay the New York State Department of Financial Services in July to settle the claim that it had been remiss in keeping an eye on shady financial transactions made by child sex trafficker Jeffrey Epstein.

The dramatic headlines of the past few years are now in the past, and a new era is being ushered in. Commercial real estate leadership changes at Deutsche Bank coincide with the bank’s departure from its longtime U.S. headquarters on 60 Wall Street in the heart of New York City’s Financial District. The bank announced plans in 2018 to leave its physical Wall Street address and consolidate in Midtown’s Time Warner Center in 2021.

The bank has also been in the midst of a general cost-reduction plan, first announced in 2019, that includes 18,000 layoffs and shrinking its New York footprint, while refocusing more on its home base in Germany. It laid off roughly 8,000 employees before pausing terminations during the peak of the pandemic.

Ratings agency Moody’s Investors Service changed its credit outlook on Deutsche to stable from negative in early November, citing progress with its restructuring strategy in terms of de-risking and cost-cutting measures. Deutsche’s core bank revenues were up 8 percent for the first nine months of 2020, which Moody’s said in a Dec. 9 report was enough to “more than offset” headwinds from persistently low interest rates and constructions to business activities that the restructuring efforts caused.

While Deutsche still faces uncertainties as a brand moving forward, the bank’s lending business has thus far proven resilient and sets it up to remain a mainstay in commercial real estate circles.