Adaptive Reuse Projects in DC On the Rise 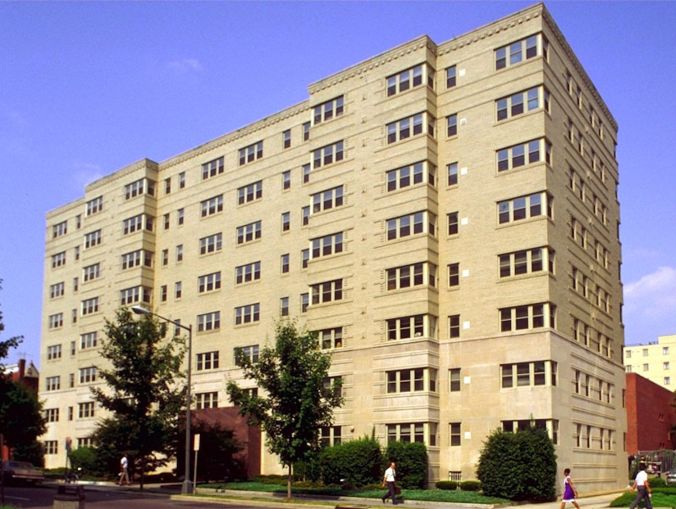 Adaptive reuse of older buildings and sites is rising in Washington, D.C., as more developers seek to transform these properties into other uses as they respond to market demand.  It’s a good thing, too: Having large vacant office buildings or an incredible amount of vacancy in general is not healthy for any city.

“Older buildings have a problem because many of them were not built as green as they could have been built,” he said. “They have quite a bit of infrastructure and architecture that is dated and functionally obsolete. Adaptive reuse allows builders to repurpose into something more green and user-friendly.”

Bill Bonstra, founder and managing partner of D.C.-based Bonstra | Haresign ARCHITECTS, noted the most important way to preserve buildings sustainably is to design buildings that work through changing times.

“If they can’t be adapted for reuse in some way, they will then be demolished,” he said. “So, as a sustainability idea, we strive to make buildings that adapt to changing needs.”

The buildings that fall most into this segment are offices, churches and schools. His firm recently transformed The Sanctuary at 819 D Street NE, an iconic 1897 Capitol Hill Gothic Revival church, into 30 unique residential condos. The company also has eight adaptive reuse projects active, and has proposed the conversion of two schools into multifamily.

As for offices, Bonstra noted that the best buildings to reuse are B and C grade as they’re generally obsolete in today’s market. Office tenants in D.C. and elsewhere now prefer high ceilings and flexible spaces — features not so easily found in older, lower-grade properties.

Small offices have been seeing the most activity in the segment of late, with the pandemic playing a big part in that.

“Most likely, those who rent small offices are more likely to stay home in the future,” Bonstra said. “We have been asked to modify a lot of small office buildings in D.C. Those are most likely to change over to multifamily.”

Norman Jemal, principal at Douglas Development, is confident adaptive reuse will continue to grow because D.C. office demand as well as neighborhoods are always evolving.

“Areas that previously may have been predominantly offices or old industrial buildings are now more than ever places where people want to live and reside,” he said. “That’s just the ever-changing world.”

Douglas Development, along with PTM Partners, recently worked on Watermark at 1900 Half Street in D.C.’s relatively remote Buzzard Point. The developer turned the pre-cast 1970s office building with small windows into 453 residential units.

“It looked like a bunker, and would have remained a shuttered and vacant office building for years to come,” Jemal said. “We took that and transformed it into an impressive building where 1,000-plus people will live. It brings vibrancy and activity to the community seven days a week, 24 hours a day, which I believe is a tremendous benefit.”

Douglas Development also recently filed plans to redevelop the Cotton Annex, a historic, six-story, 80,000-square-foot office property at 300 12th Street SW into 615 apartments. The developer plans to rehabilitate the existing structure and add an additional 375,000 square feet of new construction to the site.

Insight Property Group, in partnership with ELV Associates and Bozzuto, is finishing up construction on The Wray, a new 158-unit residence arriving this spring in Washington’s Foggy Bottom neighborhood.

This 100,000-square foot building, located at 515 22nd Street NW, was constructed in 1941 and originally served as the U.S. State Department’s headquarters. The property is now an eight-story, luxury residential building, with leasing starting on March 1.

“We are incredibly proud to be delivering The Wray to Foggy Bottom, one of the District’s most dynamic and desirable neighborhoods, and one of D.C.’s key employment areas,” Brendan Whitsitt, a partner at Insight Property Group, said. “Not only does the project provide a rare opportunity to breathe new life into an historic building, but we are also bringing high-quality rental housing to a supply-constrained area with tremendous neighborhood amenities.”

Steve Schwat, principal of UIP Companies, has had a lot of experience with adaptive reuse projects and feels it is a trend that will be prominent in 2021.

“We’ve done a lot of renovations of existing residential buildings where we chop them up and put them back together, and the adaptive reuse was sort of a natural progression,” Schwat said.

The biggest challenge in converting office buildings to residential, he noted, is that the typical shape of office tends to be square, while residential buildings tend to be long and narrow.

“I do think that adaptive reuse and renovation work can be a lot trickier and complicated than ground-up construction, but they both present risks,” Schwat said. “I don’t see a greater challenge in renovating an existing residential building as opposed to converting a residential building to a commercial building. The difference is you have to have the faith that if you build it, they will come.”

The pandemic may have made many start to think about converting office to residential as more people start to get comfortable working from home. Plus, the office vacancy rate in D.C. has been increasing throughout much of the pandemic.

“Who is going to rent a Class C office building from the 1960s today? There’s too much Class A and Class B vacancy, so it makes sense to convert,” Schwat said. “When we’re going after an office building that we’re going to convert to residential, we feel there are fewer people competing for that piece of property and we have a better chance of winning it.”