Trader Joe’s to Open Across From Whole Foods in Harlem 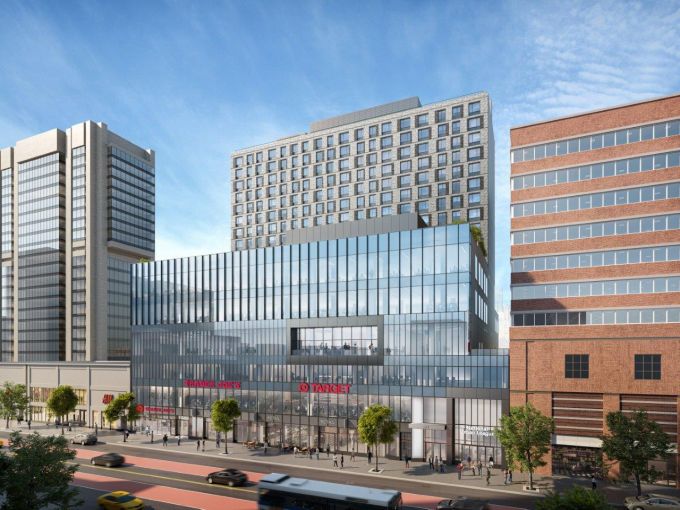 Trader Joe’s is coming to Harlem, and will occupy the ground-floor retail at the planned headquarters of the National Urban League.

The grocery store is taking a 28,000-square-foot space at the base of the 17-story development at 121 West 125th Street, the New York Post first reported, directly across the street from Whole Foods.

Trader Joe’s will join Target, which has also signed on to the development, to be known as the Urban League Empowerment Center.

The NUL, a nonprofit dedicated to advocacy and economic empowerment for Black Americans, closed on financing for the site from the Goldman Sachs Urban Investment Group in August 2020, CO reported at the time.

“Trader Joe’s appreciates being a part of a new opportunity, a source for nourishment, and a safe, welcoming environment for people to come together and shop,” Kenya Friend-Daniel, a spokesperson for Trader Joe’s, said in a prepared statement. “We are excited to open our doors in this groundbreaking location, and we look forward to serving Harlem.”

Trader Joe’s is also scheduled to open a location at Circle F Capital’s condo tower at 22-43 Jackson Avenue in Long Island City. It had been scheduled to open in 2020, per the LIC Post, but the opening was delayed until early 2021 because of the pandemic, The Real Deal reported in July.

Trader Joe’s and Circle F Capital did not immediately reply to request for comment.