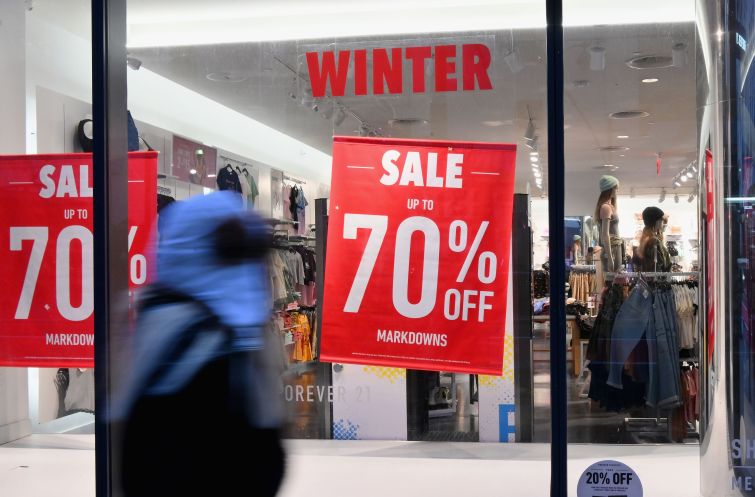 Sales were the norm over the busy holiday shopping season. Photo by Angela WePhoto by ANGELA WEISS/AFP via Getty Images

Though retail has experienced a rebound from its spring lows, U.S. retail sales fell in December for the second consecutive month, according to numbers released by the Commerce Department on Friday.

Retail sales fell 0.7 percent monthly in December, after declining 1.4 percent (revised from 1.1 percent) in November, according to the data. The numbers come as the country grapples with the most recent surge of the COVID pandemic, which killed more than 23,000 people in the week ending Jan. 14, according to data from The New York Times.

The retail numbers also come on the heels of the latest jobs report, which showed job losses for the first time in eight months in December, as some cities and states are reinstituting lockdowns and more people are staying home.

Over the course of 2020, total retail sales, excluding gas and auto sales, increased by 0.6 percent compared with 2019, with a large increase from online shopping balancing declines in other sectors, according to the census data.

Nonstore retailers, which includes online shopping, saw a 22.1 percent increase in sales in 2020 compared with the previous year, followed by building materials and food and beverage stores, which saw increases of 14 and 11.5 percent, respectively. The greatest loss came from clothing sales, which decreased 26.4 percent, followed by restaurants and department stores, which saw annual decreases of nearly 20 percent each.

That being said, by the fourth quarter, collections for apparel tenants were down just 6.39 percent compared with the previous year, which was in line with the average for all tenants.

Overall, collections for tenants reviewed by the report were at 61 percent in the second quarter of 2020, compared with 91 percent in the first, then ramped back up to 81 percent in the third quarter, and finished the year at 85 percent, or down 7.39 percent from the previous year.