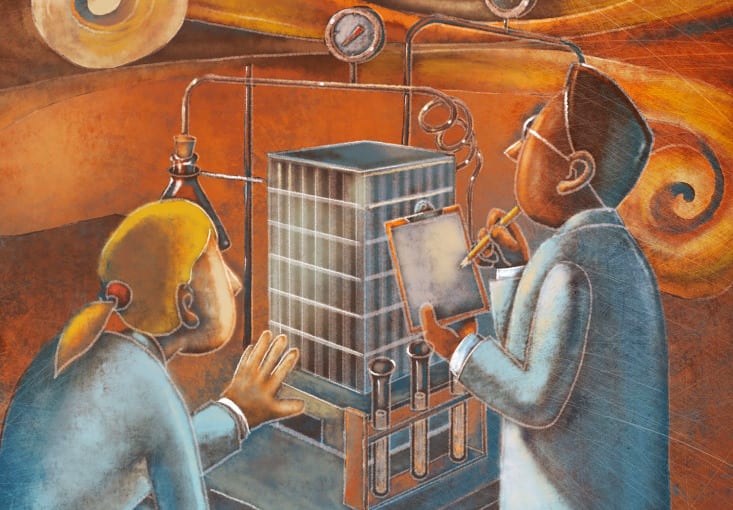 One of the subtexts regarding the success of life sciences as a commercial real estate investment is that it’s seen as a safe haven amid the disruption of the pandemic. Hotels and brick-and-mortar retail might be going to seed, but life sciences rolls on behind demand for COVID therapeutics and vaccines, as well as the general aging of the American population.

A new report from brokerage Newmark highlights just how safe commercial real estate investors consider life sciences. The share of life sciences deals in 2020, either as finished products or imminent conversions or redevelopments, reached a record high 16.4 percent of the total volume of investment sales for office and flex-office space.

The 2020 share reflects the nearly $15 billion in funding for life sciences development last year and the more than $10 billion in closed real estate deals in the sector during the same period. It also reflects the openness to the sector of investors from traditionally outside of it. 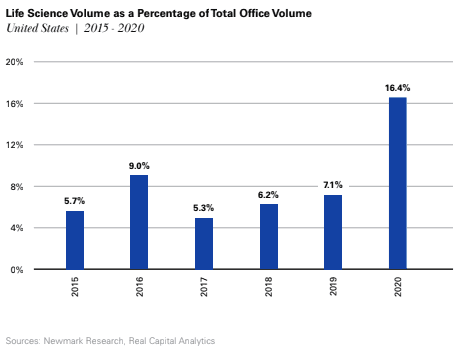 “The most established life science real estate firms—namely, Alexandria and Blackstone’s BioMed Realty—have been the most active groups in 2020, but there has been a notable pickup in activity by institutional groups such as Boston Properties, Beacon Capital Partners, and Spear Street Capital,” the Newmark report said.

Newmark’s 2020 investment sales figures for the report, in fact, include Blackstone Group’s $3.45 billion deal for a 2.3 million-square-foot life sciences portfolio that Brookfield Asset Management sold. That deal went under contract in December.

The only real question surrounding investment in real estate related to life sciences is what could possibly derail it. It was strong coming into the pandemic. An aging population fueled the demand for medications, apparatuses and other life sciences products. An estimated 10,000 people were turning 65 every day by 2019, and 21 percent of the U.S. population is expected to be at least that old by 2030, according to census data.

What’s more, new innovations were opening up scalable commercial opportunities for life sciences companies. The COVID vaccines themselves are the product of newer research into the use of messenger ribonucleic acid (mRNA) to speed an immune response in the body.

Those involved in brokering space and deals for the industry often point to a dip in funding as the likeliest sign that life sciences had lost some of its luster as a commercial real estate investment. The latest figures suggest that that’s very unlikely anytime soon. Venture capital funding for life sciences hit $29.9 billion in 2020, well ahead of any previous year going back to a least 1995; and mergers and acquisitions activity reached $151 billion, according to Newmark. 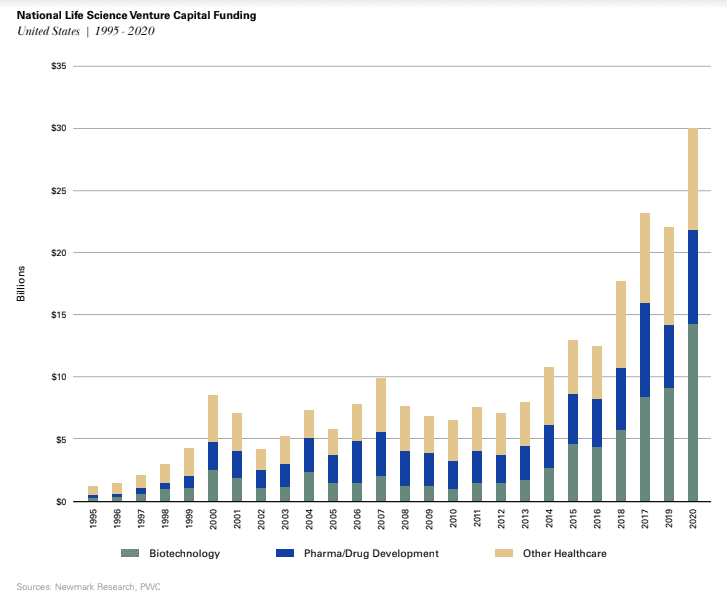 Unsurprisingly, too, vacancy rates in life sciences properties, particularly lab space, finished 2020 low, according to the Newmark report. It also showed more than 36 million square feet of new construction in the pipeline in the sector’s 14 biggest clusters, including Greater Boston and the San Francisco and San Diego areas.