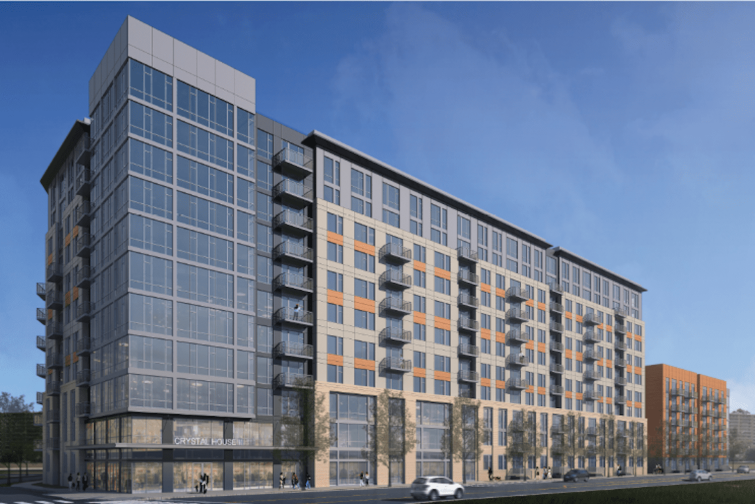 The Washington Housing Conservancy was named as the first Arlington, Va.-based partner for Amazon’s new Housing Equity Fund, a $2 billion commitment to preserve and create more than 20,000 affordable homes in the three regions the tech giant calls home.

Amazon provided a $339.9 million, below-market loan and $42 million in grants so WHC could acquire Crystal House, a 16-acre site one block from Amazon’s future HQ2, and create and preserve 1,300 affordable housing units at the location.

WHC will dedicate $2 million from Amazon’s commitment to support its social impact programs. The transformation of one of the largest apartment communities in Arlington’s National Landing neighborhood is slated to support moderate- and low-income individuals and families for 99 years.

“Washington Housing Conservancy disrupts a market cycle that leads to displacement and offers the kind of stability that lets residents focus on their future, instead of the uncertainty of escalating rents,” Kimberly Driggins, WHC’s executive director, said in a statement.