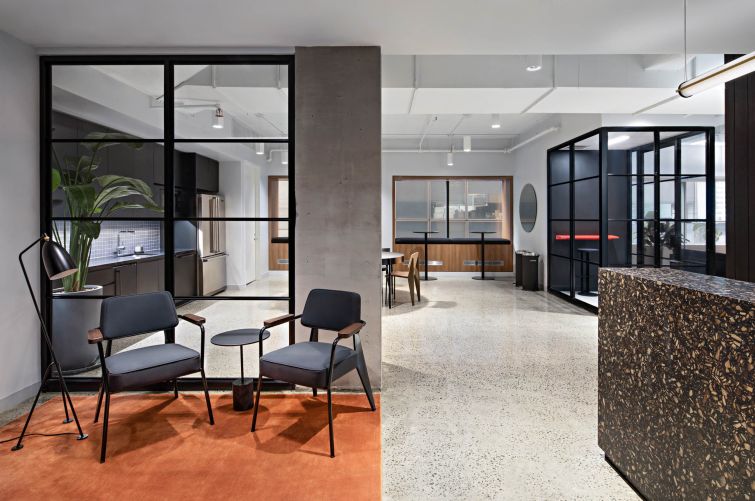 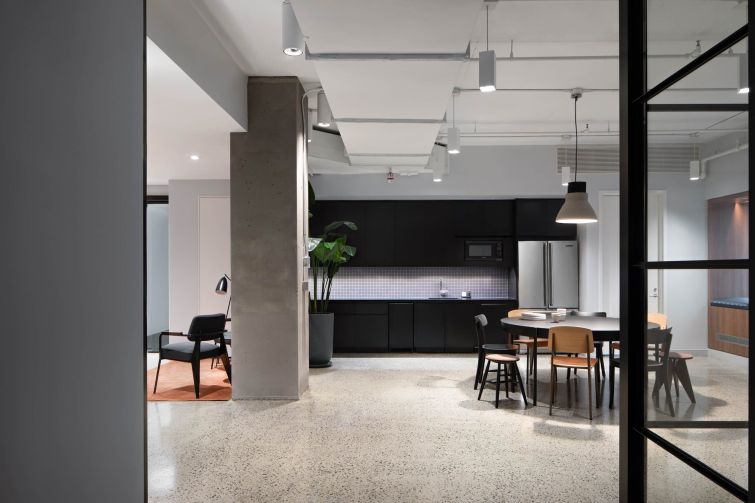 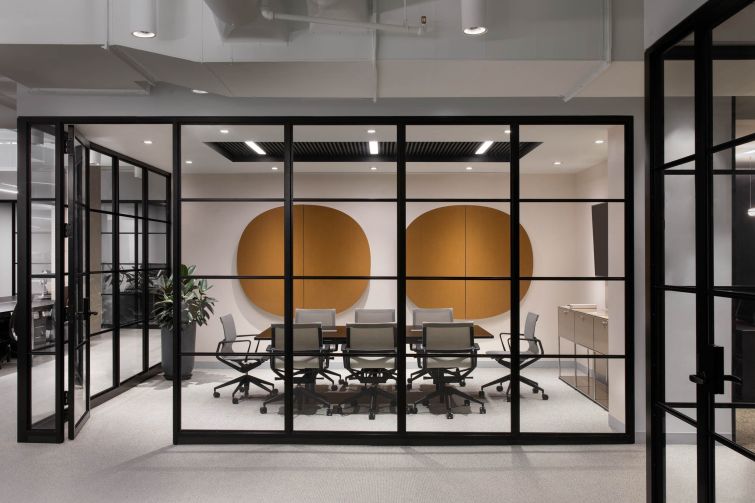 BoND used orange acuostical pads in one of the conference rooms to incorporate more color and dampne sound. Image: BoND 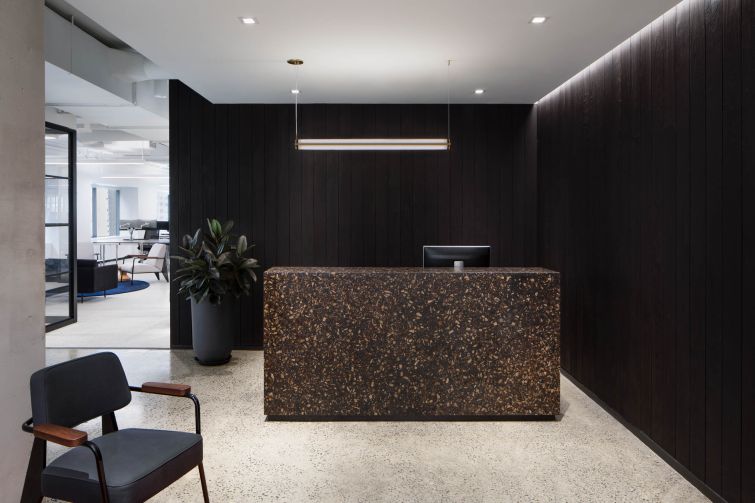 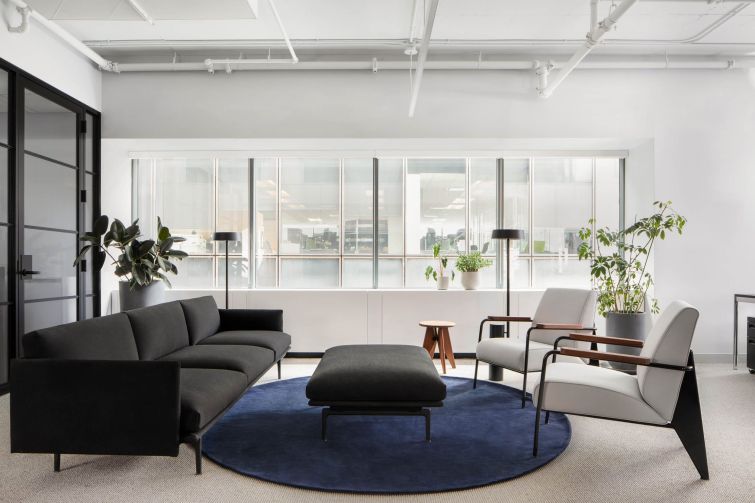 Much of the furniture in the space was sourced from Swiss furniture manufacturers, though some pieces come from Danish firms too. Rebecca Baird-Remba 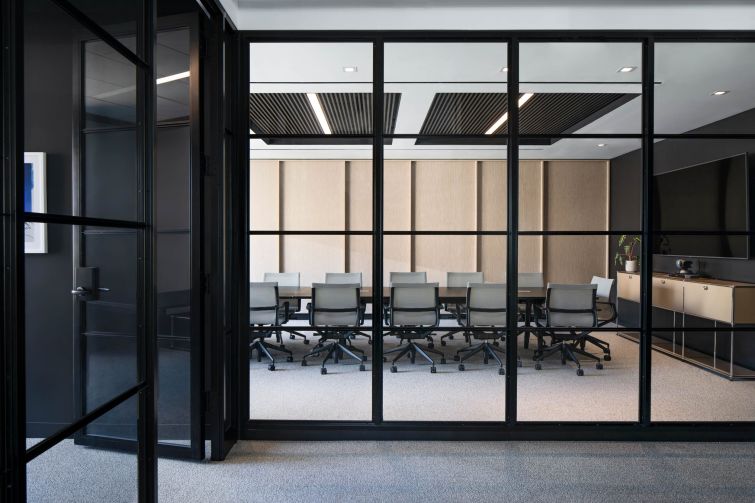 For the conference rooms, the architects focused on making sure the rooms looked good on video, because Axpo's NYC employees spend a lot of time on video chat with their headquarters in Switzerland. Image: BoND 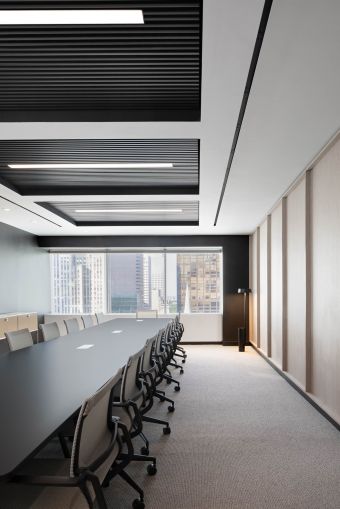 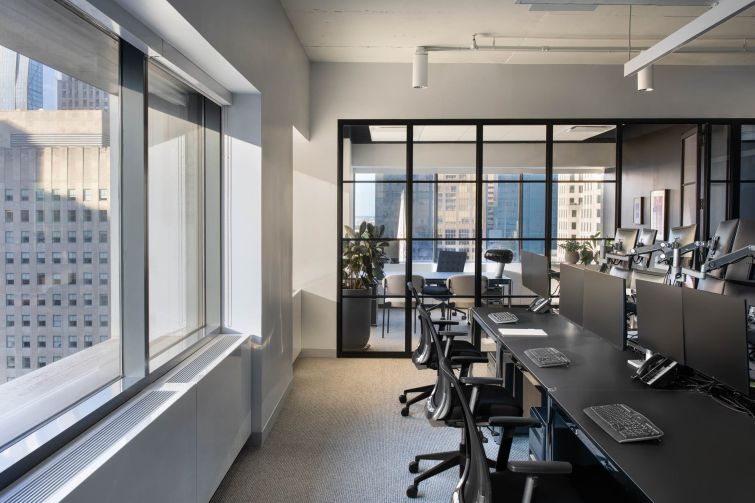 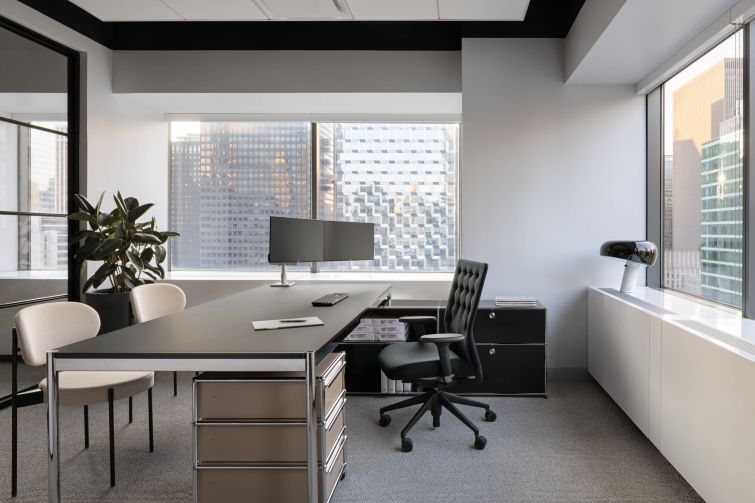 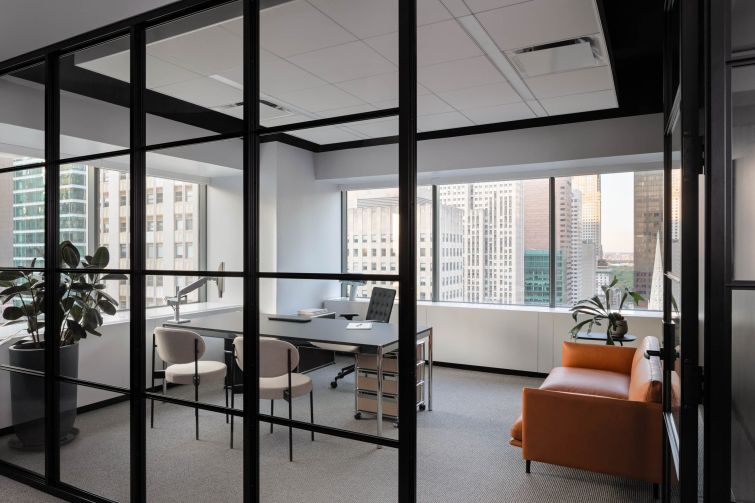 When Swiss energy company Axpo Holding AG decided to establish a New York office, it hired two Israeli architects with a brand-new firm, BoND, to handle the design of their new space at 575 Fifth Avenue in Midtown.

Although Noam Dvir and Daniel Rauchwerger didn’t officially launch their new company until January of this year, they started work on Axpo’s new, 4,600-square-foot space in September 2019. And, fortunately, they finished the office in February, just before COVID hit New York City and forced the state to shut down most construction sites across the five boroughs.

The married pair, who live in Chelsea, said that they wanted to bring together the midcentury Modernism of Midtown; a “business-class lounge” vibe; and a clean, Swiss feel to Axpo’s new office.

Dvir explained that Axpo is “like the Con Edison of Switzerland.” The Baden-based corporation is indeed the country’s largest public energy company, but unlike Con Ed, it’s 100 percent publicly owned. Its New York office is largely devoted to energy trading, and it needed a large, open trading floor, as well as conference rooms for video chatting with its Swiss headquarters.

Most of the furniture in the new office is Swiss, sourced from pricey, modernist furniture company Vitra and modular furniture maker USM. The overall aesthetic is fairly monochromatic, with pops of color here and there.

The reception area, for example, has charred, black wooden walls and a reception desk crafted out of wood terrazzo, which is a mosaic-like material made from the waste produced by timber and plaster production. There’s also a red rug with two navy, midcentury modern office chairs. Just inside the main office area, a bright red, counter-height table inside a glassed-in telephone booth is meant to reference the Swiss flag. The pantry is also muted with dark, black cabinets and appliances backed by a blue-gray backsplash.

“We tried to introduce color in a functional way,” explained Rauchwerger. “Visually framing these spaces and uses was important to us because these people are on video calls all day long.”