Historic Paramount Building in Times Square Gets a Facelift 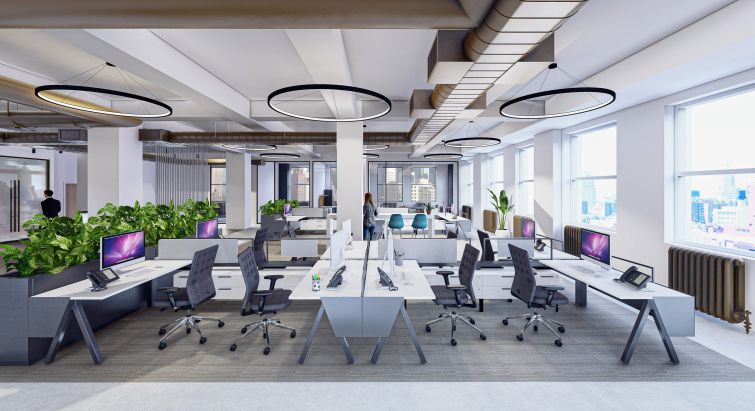 A rendering of the prebuilt office suites under construction at 1501 Broadway. Rendering: MDKA 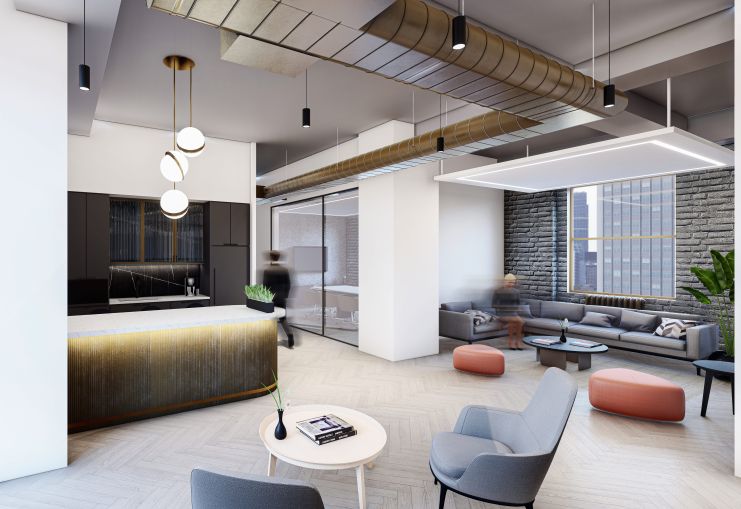 The Paramount Building's longtime landlords hope that the new midcentury modern spaces designed by MKDA will help draw a trendier, higher-paying class of tenants to the building. Rendering: MDKA 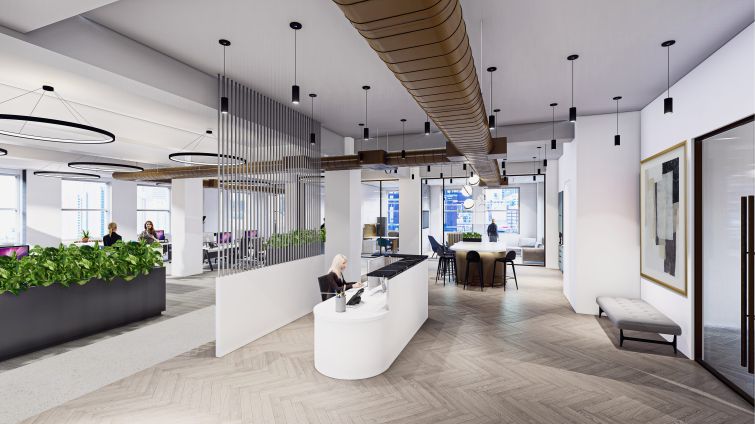 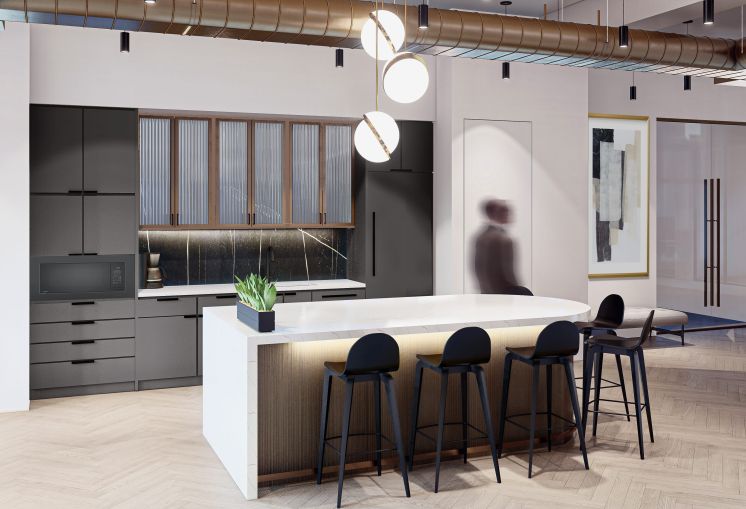 With new generations at the helm, the two firms that have owned the former Paramount Pictures headquarters at 1501 Broadway for decades hope to bring the landmarked Times Square office tower into the 21st century and attract young, trendy tenants in the process.

The 32-story, Art Deco office building has a new lobby that was moved from Broadway to West 43rd Street, and now it’s getting a new third-floor lounge with a coffee-and-wine bar, along with a slew of modern, prebuilt office suites.

The building’s owners, Levin Management and Rosemark Management, want to pay tribute to the property’s heritage as Paramount’s flagship theater and office tower. The theater sported 3,664 seats and an enormous crystal chandelier when the building opened in 1926. It operated until 1967, when it was gutted and turned into offices for The New York Times and ground-floor retail space now occupied by the Hard Rock Cafe.

As part of the $50 million renovation, the 850,000-square-foot property has gotten new, operable, triple-paned windows; updated mechanical and HVAC systems; and new escalators and elevators. There’s also the third-floor “Sky Lobby” with food and beverage options from Macchiato Espresso Bar.

The newly hired leasing brokers from Newmark hope that 20,000 square feet of new, prebuilt office suites will help bring a fresh crop of tenants to the building, which is about 80 percent leased. Asking rents will be in the $60s and $70s per square foot, according to Matt Leon, executive managing director of commercial leasing at Newmark.

The prebuilt offices are clearly midcentury modern-inspired, with rounded furniture in muted blues, oranges and grays; bronze-coated cabinets above the sink in the kitchen; and herringbone wood floors. The pantry cabinets are outfitted in a dark gray, plastic laminate. And a nearby island has a faux-white, marble countertop and a rubbed bronze finish base. A nearby open seating area has a suspended ceiling panel with lighting that will help dampen sound and allow the space to be converted to a conference room.

In order to encourage social distancing, the layout will have more individual offices and fewer, larger workstations in the open area of the offices, said Ari Weisfelner, a senior vice president and architect in MKDA’s New York office. He described the look of the office suites, which range from 4,000 to 10,000 square feet, as “taking the older, classic design [of the building] and fusing it with more modern elements.”

The landlords hope the look will have a timeless appeal.

Leon, the Newmark broker, added that the prebuilts “are going to be really, really nice for the price point. They’re investing in the property in the hopes that these prebuilts will go through several tenant cycles.”