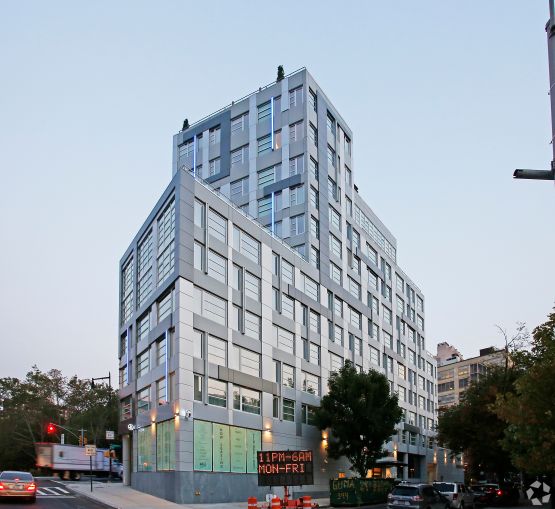 Isaac Hager’s Cornell Realty Management, and its partners, have filed for bankruptcy on two Brooklyn properties in the last week, hours before each was scheduled for a Uniform Commercial Code (UCC) foreclosure auction.

Both properties, one an active hotel and the other a hotel under development, have been hit by the pandemic and failed to meet their debt obligations over the course of the year.

On Friday, the owners of The Tillary Hotel at 85 Flatbush Avenue Extension in Downtown Brooklyn filed for bankruptcy, the same day it was scheduled for a UCC foreclosure auction. Several days later, a bankruptcy plea was entered for a development site at 159 Broadway in Williamsburg, where foundation work for a 26-story tower had begun just before it was slated to go to auction Monday. Bloomberg first reported both bankruptcies.

Eli Tabak’s Bluestone Group is the mezzanine lender on both properties, with $6 million on the hotel property and $3.5 million on the development site. Bluestone initiated the UCC foreclosure process in both cases in September after Hager defaulted on interest payments.

In 2019, Cornell and Rubin Equities purchased the Flatbush property, which includes 174 hotel rooms and 64 apartments, in 2019 for $95 million, financed by a $70 million mortgage from Madison Realty Capital (MRC). During the pandemic lockdown, when travel came to a halt, Cornell Realty briefly rented out the hotel as a homeless shelter, and then reopened the hotel in July at reduced capacity. But the limited revenue was not enough to cover its debt obligations, per the bankruptcy filing.

Under a restructuring plan, Cornell Realty will convert the residential component, which comprises the upper six floors of the 12-story property, into condominiums, per the filing.

“This is all pandemic-related,” said FIA Capital Partners principal David Goldwasser, who is handling the workout. “It’s an indicator of what’s to come.” The owners are looking to bring in fresh capital to stabilize the property, and there’s strong investor interest in the asset, Goldwasser said.

The second property, where Hager planned to build a 26-story, mixed-use tower with a 275-key hotel, was also purchased in 2019 with MRC as the senior lender. The foundation for the structure is now complete and ready for construction, according to an offering memo obtained by Commercial Observer. Hager has until April 4 to come up with a restructuring plan for 159 Broadway, per the docket.

Rosewood Realty Group was hired to oversee the virtual UCC auction for both properties, according to the marketing material reviewed by CO, with Aaron Jungreis, Greg Corbin, Aaron Kline, Brandon Serota, Chaya Milworn and Elliot Haft making up the team.

Update: This story has been updated with a comment from David Goldwasser, and to reflect that Rubin Equities is also an owner in 85 Flatbush Avenue Extension.