Distress Signals: Special Servicers Are Keeping Busy as 2020 Draws to a Close 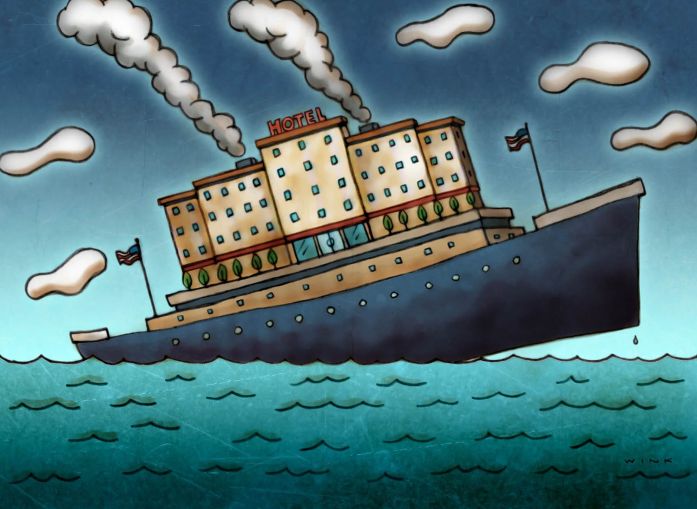 Distress in hotel loans and other asset classes, such as retail, which have been negatively impacted by the pandemic, may have crested and it won’t get much worse, according to analysts. Still, trouble in commercial real estate lending remains far more extensive than anyone expected before they heard of the coronavirus.

Almost half, or 47.5 percent, of commercial mortgage-backed securities (CMBS) loans made against New York-area hotels were in special servicing last month, according to research firm Trepp. In other words, those loans were handed over to loan servicers’ special servicing divisions, which focus on loan workouts and resolutions in times of distress. The transfer can be a precursor to default. The number of loans in special servicing has gone up every month since February, when it was just 5.48 percent.

“We don’t think the number will get meaningfully worse,” Manus Clancy, senior managing director and leader of the applied data, research and pricing departments at Trepp, wrote in an email. “We believe that now [that] there is optimism over the vaccine, those owners that have held on thus far will continue to hold on. There is light at the end of the tunnel.”

For securitized loans on retail properties in the New York metropolitan statistical area, the share on loan servicers’ “watchlist” was 18.3 percent. Lockdowns and other restrictions related to COVID-19 have impacted retail and hotel loans the most by robbing their underlying assets of their customer bases.

And though office owners have seen only a percentage of their tenants’ workforces come back, having learned they can be just as efficient working from home, Clancy doesn’t see that impacting the credit quality of CMBS loans on office buildings. The percentage of securitized office loans that were on the watchlist in the New York area was 9.4, or lower than it was in September, when it was 10.87 percent.

Office landlords are mostly insulated from trends in office use, because most space that is occupied is on a long-term lease of 10 years or more. So far, only a tiny fraction of office CMBS loans are in distress.

“An office loan can be put on the watchlist for reasons as benign as an expired fire extinguisher tag or a crack in the sidewalk outside the building,” Clancy said. “So, there is a baseline number that is always somewhat high.”

Clancy did say there were a couple of caveats. If owners of office buildings have an abundance of near-term lease expirations, or have “tenants of worrisome credit quality,” such as the corporate offices of retailers, “the issues get dicier,” he said.

“There is a concern that law firms, accounting firms, banks will look to reduce office footprints in meaningful ways,” Clancy added. “So, if those leases are coming up soon, there is some concern from lenders (and) investors. For these owners, there is financing available in either the CMBS market or the CLO [collateralized loan obligations] market, but it will require lower leverage and higher rates to account for the uncertainty.”

Many lenders have been avoiding the worst impacts of their borrowers’ revenue shortage by granting forbearance. One way has been to suspend payments for now and tack them on to the end of a mortgage. Clancy said that anyone who received a forbearance should probably get another now that a vaccine is on the horizon.

Alex Killick, senior vice president for CWCapital, one of the biggest special servicers, said he sees continued distress, albeit “at a slower rate than earlier in the year.”

“The ones that have already defaulted are not necessarily getting worked out, so the aggregate number will continue to rise,” he said. “But I don’t think it will be the parabolic curve that it was.”

One loan workout specialist, who asked not to be named, called the hotel segment in the city “a disaster,” with every single hotel in some level of distress, with next to no tourist or convention business. Most are operating at 20 to 30 percent capacity, and that’s an improvement over the spring and summer.

Killick said he sees “pent-up pleasure demand,” so 2021 vacation business should be better than 2020, especially during the second half. But he said it will take longer to revive the convention business.

“I don’t see any conferences on the horizon for the summer of ’21,” he said.