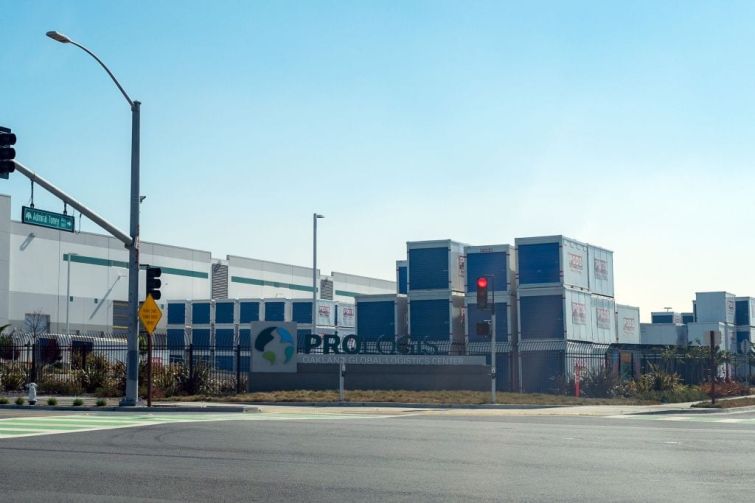 A Prologis shipping depot at the Port of Oakland. Photo: Smith Collection/Gado/Getty Images

Industrial powerhouse Prologis has acquired the site of a local radio station in Queens, adding to its existing portfolio in the area, Commercial Observer has learned.

Prologis purchased the five-acre vacant lot in Maspeth from Family Radio for $51 million, according to property records. The site, at 48-00 Grand Avenue, is currently used by Family Radio, or WFME, for its radio towers, according to information from Quantierra Advisors, which brokered the deal on behalf of the seller.

The site is located in an industrial area near the border of Brooklyn and Queens, and will be used by the buyer for parking and storage, per Quantierra’s Ben Carlos Thypin and Jay Gilbert, who brokered the deal.

The sale is part of a trend in which industrial players are looking for more support space for their last-mile logistics centers, said Thypin. “We’re starting to see a lot more industrial fleet management and storage. A lot of players in the market are pricing as much based on the parking value as the development value.”

Earlier this month, Realterm Logistics bought a nearby site, at 235 Gardner Avenue, for $28 million. The ratio of the site, which includes a five-story warehouse on 130,000 square feet of land, suggests that it will be used for parking or fleet management as well, said Thypin.

Prologis has acquired at least three sites in the area within the last year, including two adjacent industrial sites in Ridgewood, a former Frito-Lay warehouse site at 1851 Flushing Avenue, and the adjacent 24 Woodward Avenue for a combined $59.1 million, according to property records. The Frito-Lay site includes a 19,200-square-foot building on 105,555 square feet of land, while the Woodward lot is fully built, according to property records. The third site was a warehouse in East Williamsburg, which Prologis purchased for $13.3 million last October.

Family Radio will continue to operate its radio towers on the Grand Avenue site as they transition to a new location, which was key to closing the deal, since the radio producer required continuity of operations, per Thypin and Gilbert.