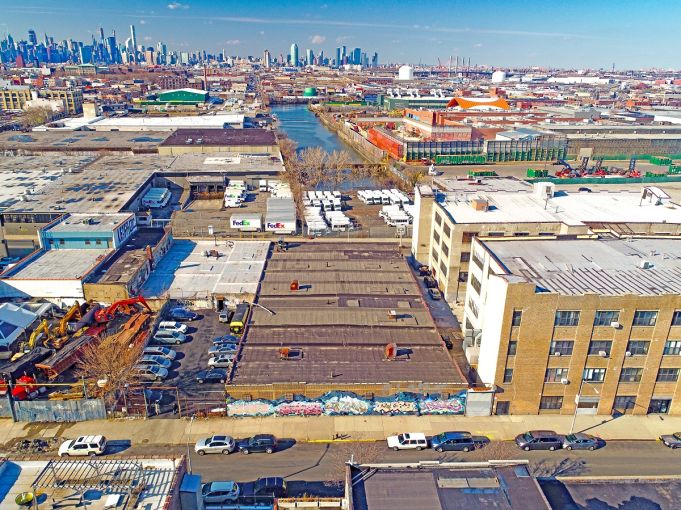 The country’s biggest owner of industrial spaces, Prologis, bought a former envelope manufacturing warehouse in East Williamsburg, Brooklyn, for $13.3 million, its second purchase in the area this year, Commercial Observer has learned.

Prologis picked up the 35,000-square-foot property at 450 Johnson Avenue between Knickerbocker and Porter Avenues from longtime owners JBC Land — which had operated the Envelope Manufacturers Corp. in the property for decades — in a deal that closed Thursday afternoon, according to brokers TerraCRG.

“This is a property that’s been owned by the same family for over 30 years,” said Dan Marks, who brokered the sale for both sides along with Ofer Cohen, Daniel Lebor and Garrett Allen. “We’re excited to have a company like [Prologis] purchasing and owning properties in Brooklyn.”

Marks said he does not know Prologis’ plan for the one-story property, but the company has been picking up sites all over the city as the need for last-mile warehouses has grown in recent years with the rise of online shopping.

Representatives from Prologis did not immediately respond to requests for comment. JBC could not be reached for comment.

“The industrial assets have definitely been in the most demand this year,” Marks said. “There are less and less areas in Brooklyn where you can create last-mile distribution or create light-industrial type uses.”

The San Francisco-based Prologis’ latest acquisition marks its second purchase in the neighborhood in recent months. In September, Prologis bought 498 and 512 Johnson Avenue from Joyva Realty for a combined $20.8 million, PincusCo Media reported.

Marks said the owners of 450 Johnson Avenue decided to sell the property after three decades because the envelope manufacturing business is no longer sticking as email and online marketing gained prevalence.

“This is a common theme that we see from time to time in certain industrial areas,” Marks said. “The nature of their industry changes and it makes sense to sell the real estate and pursue other avenues.”