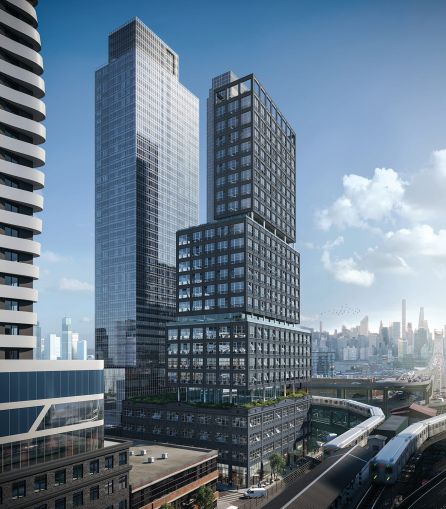 Developer Dynamic Star plans to secure a rezoning to build a new tower on Queens Plaza South in Long Island City, but unlike most of its peers, the company hopes to build offices, not apartments.

If all goes according to plan, the building will rise atop the old Eagle Electric warehouse by the Queensboro Plaza subway station, on the corner where the elevated 7 train tracks swing south through Long Island City and the N/Q trains run over the Queensboro Bridge. The development will include a museum devoted to the Eagle Electric Company — which owned three other properties in the neighborhood — and several ground-floor retail spaces.

Zackson hopes to rent the retail to an organic grocery store, a coffee shop, a restaurant, and other retailers that might appeal to young office workers.

The first floor will also have an 8,000-square-foot health club and a half-court basketball court. A setback on the fifth floor — where the new tower rises out of the old warehouse — will create a 17,000-square-foot outdoor terrace, plus 2,300 square feet of outdoor seating for a restaurant or bar, with a 6,000-square-foot amenity floor for the office tenants indoors. The terrace also has the opportunity for an anchor tenant to put up a large sign facing the heavily traveled Queensboro Bridge, much like JetBlue across the street.

“You have to build these beautiful old letters [because of City Planning rules],” Zackson said. “It’s a branding opportunity for whoever our anchor tenant is. We’re excited about getting some cool, young-thinking company that would want that sign.” Eagle Electric used to have its own sign atop the building.

The original warehouse exterior will be restored, and structural engineer WSP plans to put new steel columns through the building in order to support the 21-story addition. The interiors will be outfitted with HVAC systems rated to prevent the spread of COVID-19, touchless fixtures, and amenity spaces designed to allow for social distancing. The property will also offer concierge construction services for tenants, and residential amenity provider Liv will program classes and events for workers in the building.

Asking rents would start around $55 per square foot, and John Reinertsen of CBRE is handling the leasing. Construction is expected to begin at the end of 2021 and wrap 18 months later. 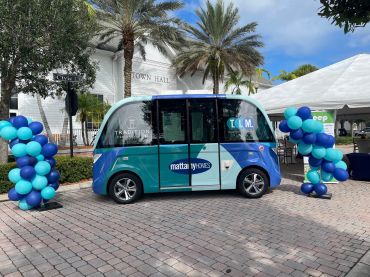