NoHo’s 625 Broadway Gets a New Lobby 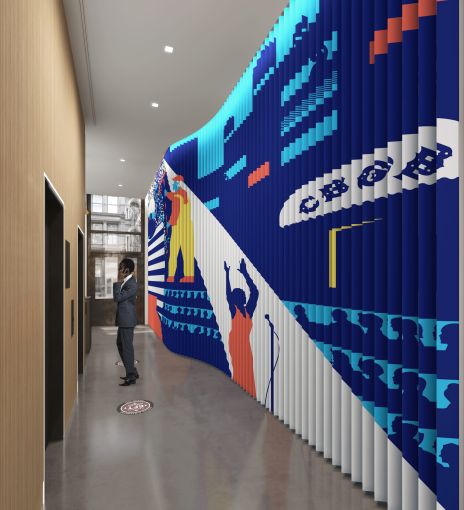 The narrow lobby at 625 Broadway is getting a unique mural painted on a wall of triangular metal blades. Image: Design Republic 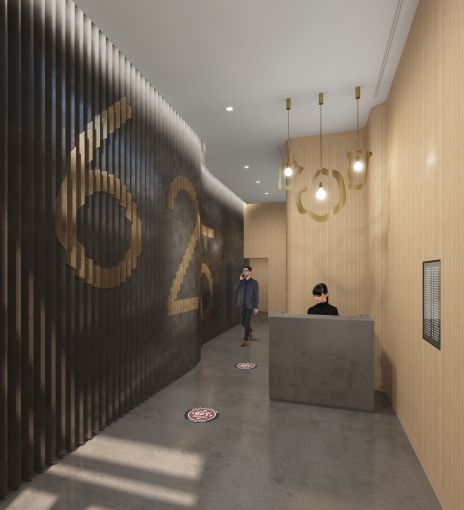 When visitors enter the lobby, they'll see an oversized version of the address on one side of the wall, and the mural on the other side. Image: Design Republic 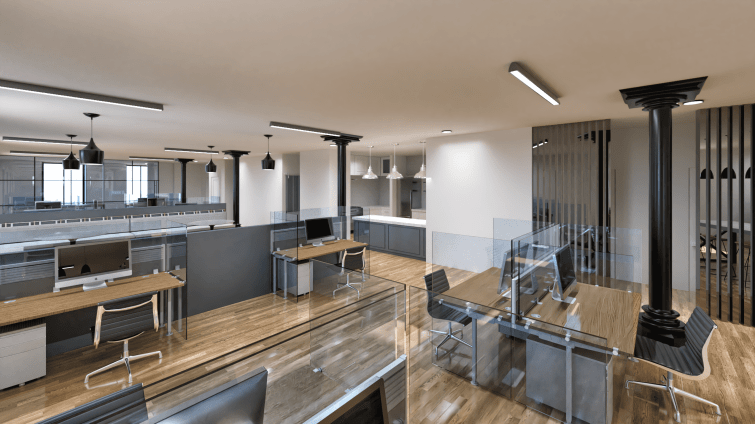 The landlord also created a prebuilt office space on the top floor of the building. Image: Kaufman Organization
Previous Next

When ASB Real Estate Investments decided to renovate 625 Broadway in NoHo, the landlord had to figure out a way to make a narrow, uninviting lobby into one that might entice new tenants to rent there.

So, it tapped architecture firm Design Republic to add some pizzazz to the 12-story building between Bleecker and Houston streets. Designers Ariana Levin and Inga Kruliene decided to put in a wall of thin metal blades that were arranged to allow for different designs to be painted on each side.

When people walk into the lobby, they see the building’s address number, 625, painted on one side. As they walk to the elevators, a colorful mural emerges on the opposite side of the wall. It features the CBGB logo and a woman singing on stage in front of a silhouetted crowd, meshed with hints of the neighborhood’s skyline in dark blue, sky blue, bright yellow and orange. The design, by artist Ben Weissman, is meant to invoke Andy Warhol, local music venues, and the neighborhood’s restaurants and streetscape.

“We wanted to work with this metal blade design we created to give the feel of an ever-changing neighborhood,” Kruliene said. The wall, which will be composed of triangular blades finished in bronze, was fabricated off-site by M. Cohen & Sons and recently installed in the new lobby.

The remainder of the space features a wall with wood slats, hanging pendant lights, and a polished concrete floor.

The Kaufman Organization, which is leading the renovation and leasing, also modernized the elevators and HVAC systems, and renovated the top floor of the building as a prebuilt office space with a modern kitchen. The 94,000-square-foot building is about two-thirds leased, with asking rents at about $50 a square foot for most floors and mid-$70s per square foot for the top floor.

Construction began in February and will be complete later this year.