The property in the San Fernando Valley traded for $27.1 million 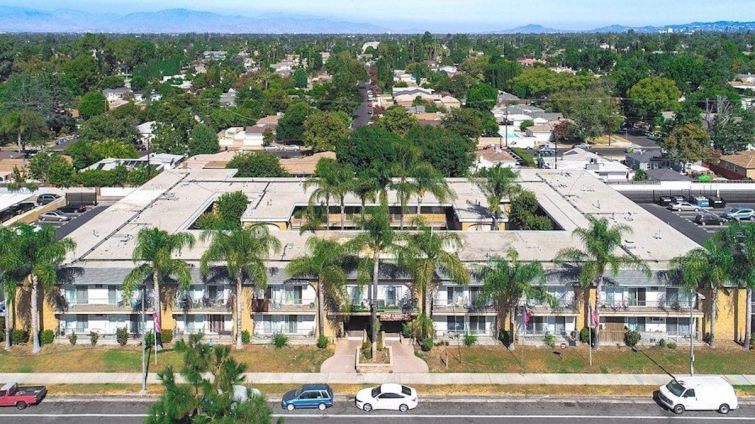 HSR paid about $229,661 per unit for the property at 6262 Reseda Boulevard on the west side of the San Fernando Valley. photo: Marcus & Millichap

Hill Street Realty (HSR) has acquired the Bechir Apartments in the small neighborhood of Tarzana in Los Angeles.

An entity tied to HSR paid $27.1 million, or $229,661 per unit, for the 118-unit property at 6262 Reseda Boulevard on the west side of the San Fernando Valley. It was owned by Bechirian Investments LLC, which is managed by Debra Bechirian Butler, records show.

The building is located between Victory Boulevard and Erwin Street, near the 101 Freeway, Ventura Boulevard and the Metro Orange Line, and is about four miles from The Warner Center area. The building was completed in 1969. It features 24 studios, and a mix of one- and two-bedroom apartments.

Michael Sterman and Jeff Louks of Marcus & Millichap represented Butler and announced the deal. HSR was not available to comment.

“With only about 6,500 market-rate units, Tarzana is one of the smallest multifamily submarkets in Los Angeles, and with fewer than 10 sales recorded in a typical year, apartment sales are relatively rare,” Sterman said in a statement.

Louks said vacancies are low in Tarzana, and the property’s proximity to Ventura Boulevard and Warner Center will help ensure future rent growth.

There have been a few other signs of maintained confidence for similar-sized assets in L.A. For example, Parkview Financial recently provided a $37.3 million construction loan for 112 apartments near Silver Lake; and last week, Ron Nasch of Fairmont Management acquired a 115-unit property in Glendale.