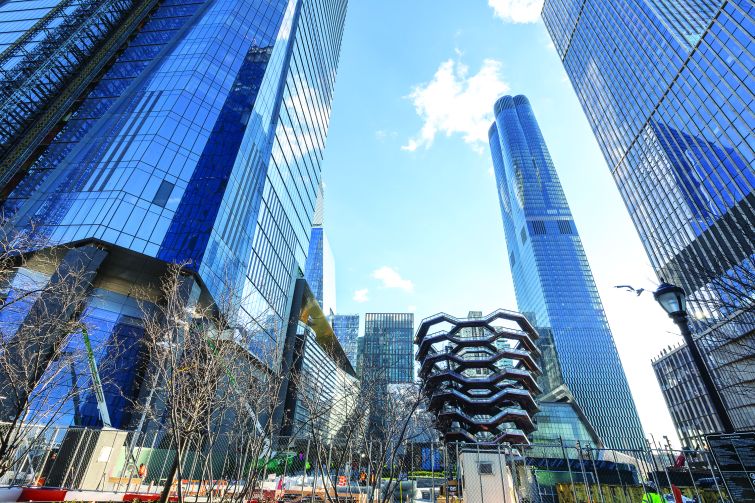 A scaffold collapsed at Related Companies’ 30 Hudson Yards Saturday morning and two window washers fell, according to the website and app go.citizen.com.

The Fire Department of New York received a call at 11:22 reporting the incident.

“Upon arrival units found a scaffolding with two window washers on it had fallen 20 feet to a lower level and was sitting on a structure on the roof of the 35th floor,” the FDNY said in a statement released to Commercial Observer.

The responders were unable to reach the window washers because of the height of of the building, and with no time to wait for a ladder firefighters decided to cut a hole in the window on the 37th floor.

Both of the window washers were transported to Bellevue Hospital; one was reported to be in serious but stable condition and the other had minor injuries.

A call and email to a Related spokesperson was not immediately returned.

This is not the first injury or safety concern about the Far West Side mega-project. Almost exactly a year ago (Nov. 11, 2019) a scaffold collapsed at 50 Hudson Yards, badly injuring two construction workers; according to a report from Commercial Observer last year, there have been nearly 150 personal injury lawsuits against Related or various limited liability companies tied to the company and its contractors.

This is a developing story; as more information is available it will be updated.