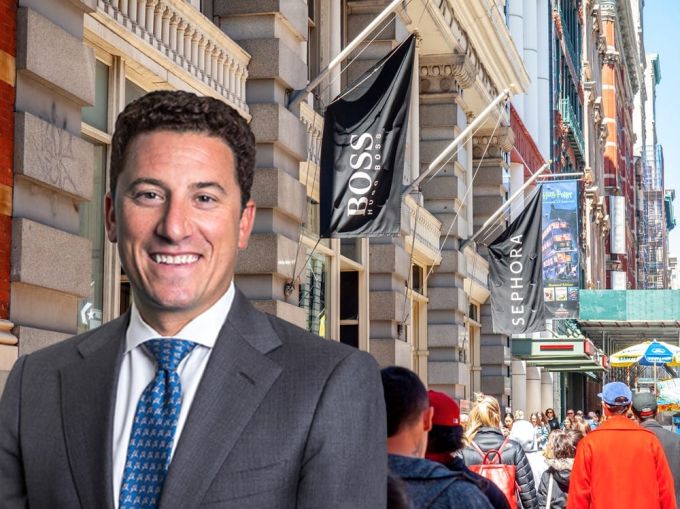 When David Schechtman, senior executive managing director at Meridian Investment Sales, left the field of law for real estate in October 2005, he had no regrets about the years he spent as an attorney. At the time, he assumed his experience as a bankruptcy litigator would probably come in handy in his new career. He was right — today, in helping his clients navigate a market filled with retail bankruptcies, that experience has become invaluable.

Schechtman currently divides his time between fee simple and note sale brokerage. In addition to his role as the head of the middle market group in the investment sales division, he serves as a point person for Meridian’s loan sale activities.

To say that he has been busy is quite an understatement.

Fresh off the sale of a vacant building on East 69th Street through Section 363 of the U.S. Bankruptcy Code in April, Schechtman is currently retained in two more Section 363 sales, one in Brooklyn and the other in Manhattan, in addition to being exclusively retained on the sale of a $30 million note secured by six buildings in Brooklyn.

Schechtman shared his views on the market factors leading to retail bankruptcies, how landlords and lenders can best respond to them, and what’s ahead in 2021 and beyond.

The State of Retail

Schechtman identifies two major factors underlying the bankruptcies of retailers with footprints in central business districts. Both factors emerged long before COVID-19 hit. One was the evolution of technology in the retail arena: the growing adoption of e-commerce was an obvious and permanent change to retail values, because of the impact online shopping has had on our behavior as consumers. The second was the appreciation of real estate as an asset class over the past two decades. Such appreciation made leases far more expensive for retailers.

In Schechtman’s opinion, landlords have two options in promoting occupancy. One is straightforward: They can decrease the rent. The second is a growing trend that most had viewed for the last 20 years as an antiquated notion. “In lieu of taking pure cash for rent, many landlords are accepting a substantially reduced base rent, and sharing in the proceeds and profits of their tenants,” Schechtman explained.

“Choosing either option reflects an acknowledgement that the landscape has changed. Landlords can attempt to preserve the status quo and risk having vacant spaces for an undeterminable amount of time, or they can adapt to the market and figure out how to incentivize thousands of businesses to return to, or invest further in, bricks and mortar,” he added.

Paradigm shifts don’t happen overnight, however. And, in the meantime, Schechtman and his investment sales team are helping owners with what he terms “less discretionary, mandatory transactions.”

In his restructuring role, Schechtman works closely with portfolio lenders who have exposure to poorly performing retail properties. Like owners, lenders have clear-cut choices in today’s market. They can request an infusion of cash from the borrower. They can sell to another lender, at some discount — often considered a better alternative to spending time and money fighting foreclosure or they can recast the loan.

“It’s a fervent and active market,” said Schechtman. “There are a lot of complexities within it that make me grateful to have spent years and years studying and practicing bankruptcy law.”

Schechtman warned that far more retailers than we expect will not emerge from bankruptcy. But he also points out that new retailers will emerge in their stead: “Nature has its course, and the markets are frequently influenced by fads. In New York City and in other major metropolises, stores selling frozen yogurt made way for purveyors of salad bowls, who made way for Shake Shacks, who have yielded to all types of healthy fast casual. And so on.”

Evolution also applies to the repurposing of space. “We’ve seen industrial turn into residential,” Schechtman observed. “We’ve seen office turn into hotel, and now we are starting to see retail being repurposed for education, logistics and distribution. The real estate industry rivals Madonna in its ability to reinvent itself.”

The upcoming months won’t be easy, though. Schechtman advises retailers, owners, and lenders to proceed with caution. “There are opportunities in today’s market if you know where to look, but there are also many pitfalls to avoid. Don’t try to wing it. Find someone who knows the rules, regulations and laws, so you can survive and thrive.”

Contact David Schechtman at 212-468-5907 or by email at dschechtman@meridiancapital.com.