Some firms have already relocated to the suburbs from NYC, but most are awaiting how the pandemic plays out 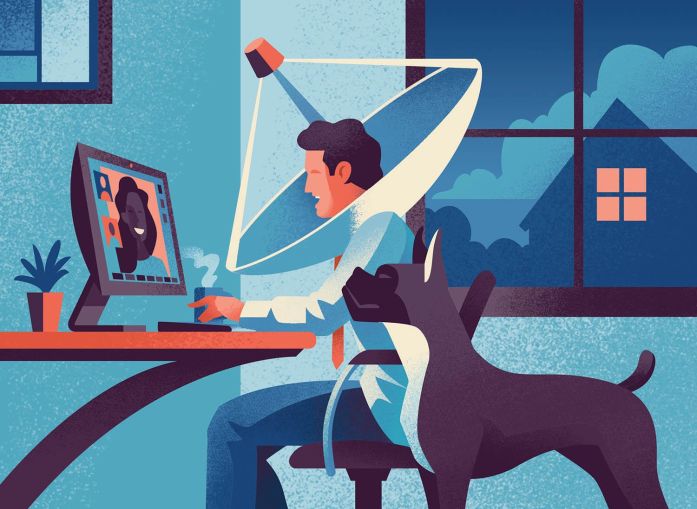 When Mayor Bill de Blasio issued a state of emergency in mid-March in anticipation of a deadly contagion’s spread, some business leaders began to consider whether staying in New York was worth it.

In the weeks that followed, office towers shuttered as companies prepared workers to work from home indefinitely. Subway ridership plummeted 92 percent while commutes on the Long Island Rail Road and Metro North bottomed out to almost nothing.

Those who ventured into Midtown and Lower Manhattan resembled a Cameron Crowe film shoot with restaurants and theaters padlocking their doors and retail stores encasing their shops with hurricane-strength plywood.

The dire scene led hundreds of thousands of residents to decamp for second homes, crash with relatives, or score temporary suburban rentals for the summer and fall.

Suddenly the leafy lawns, car-dependent thoroughfares, and languorous nightlife seemed appealing for New Yorkers freaked out by the pandemic and burned out by the city’s cost of living. By May, stories about an urban exodus to the suburbs in the tri-state area and beyond began appearing with a trove of “Why I left New York” essays as well as the inevitable backlash essays from those who love New York and remained.

But speculation that the suburban migration was more than temporary began to rise along with housing prices in New Jersey, Westchester County and Connecticut. A spate of stories contemplated that companies would soon follow their workers and open sparkling satellite offices or new headquarters outside of the city.

One of COVID-19’s lasting effects could be companies with massive office footprints in Manhattan’s pricier business districts downsizing to cheaper locations elsewhere, a Moody’s analysis contemplated in May.

“Will the COVID-19 crisis and the quarantine experience represent a shock that will be relatively transitory, forgotten quickly once the economy reopens?” Moody’s asked. “Or will the effect be longer lasting, perhaps representing a permanent negative shock to demand for office space?”

Either way, it was the end of business as usual. New York’s agglomeration economy, in which top firms in technology, finance, law, accounting, health care, media and the arts cluster and create additional opportunities for a highly educated workforce, seemed at risk of dilution.

But few companies so far have made the move to leave the city.

“People are doing a lot of looking around and seeing what’s available but there has been very little momentum and decision-making,” Nicole LaRusso, director of research and analysis for CBRE tri-state, told CO. “We’ve been watching closely to see if this trend is materializing, and so far it has not. It’s an evolving situation.”

Instead, employers found that having its workforce log on remotely over the last few months has been more successful than anticipated. That has allowed many firms to decelerate making plans for the future until uncertainty over COVID-19 and its effects on the economy dissipates.

“There are many questions about work from home over the long horizon but the question of whether it works over a shorter horizon has been answered,” Gabe Marans, a senior managing director at brokerage Savills, said. “Most industries, including tech, publishing and finance have maintained a wait-and-see approach.”

The proof is in the numbers and the relative dearth of deals. Suburban office space in the New York area remains up for grabs. Leasing in Fairfield County fell to a record low of 136,591 square feet in the second quarter of 2020, for instance, a 50 percent drop from the first quarter and a 56 percent tumble from the second quarter of 2019, according to a CBRE report. The lack of demand led to a 25 percent increase in availability for commercial space in the second quarter of 2020 despite an average asking rent of $34.35 per square foot that is roughly half of the average asking rent in downtown Manhattan, the report said.

That doesn’t mean everyone has stayed put during the pandemic, though the number of leases isn’t all that large.

Hedge fund and private equity executives made some of the first moves to swap space in Manhattan for smaller offices in Greenwich, which happen to be both closer to where they live and less expensive. Prices for Class A office space in the tony Connecticut town were about $49.90 per square foot in Q2 2020 compared with the average asking rent in August of $82.98 in Midtown, according to Cushman & Wakefield.

“These firms are small boutique financial companies that usually don’t have a large corporate structure,” Bob Caruso, a CBRE senior managing director, said. “The head of the company decides he wants people in the office so he’ll go lease space as opposed to going through a long process of analysis and consensus building. They look at facts, they make a decision, and they execute.”

More than a half-dozen firms have already taken the plunge near the banks of the Long Island Sound. That includes iCapital Network, which leased 12,000 square feet at 2 Greenwich Plaza for 11 years and a firm connected to hedge fund titan David Stemerman, who once ran for governor in Connecticut. That firm finalized 3,500 square feet in Greenwich’s central business district, according to sources.

Several financial and insurance companies have begun exploring satellite offices in New Jersey, too, while a handful have temporarily relocated. AIG made the most significant move, taking 230,000 square feet at 30 Hudson in Jersey City, where prices hover at $45.83 per square foot—although AIG’s plan to consolidate its New Jersey operations there was underway before the coronavirus struck. A small reassurance company left Manhattan for a sublease in Woodbridge, N.J., and a financial company also took a short-term sublease in Short Hills, N.J., brokers with Cushman & Wakefield said.

“It depends on where the employees live, who needs to work from home, and how often,” Price said. “Some will be attracted to Jersey City because of the proximity to New York, and it’s a newer inventory overall compared with most of the state, while others will look to suburban parks. If you’re only going to have executives and management go to the office, then you wouldn’t need as much space.”

Companies serious about moving from the city are likelier to favor renovated offices in walkable downtowns near mass transit than the office park campuses that dotted the Northeast in the 1980s and 1990s, several brokers said. Those sites, like the former General Electric headquarters in Fairfield, have instead found new life as higher education campuses and medical offices.

The trend of a suburban office migration won’t be fully realized until the plentiful supply of Class A office towers in Stamford and Jersey City starts coming off the market, brokers said. Developers are preparing for an onslaught of inquiries anyway by ensuring these spaces are flexible for a multitude of uses and safe for in-person work.

“Landlords have upped their game when it comes to cleaning, air filtration and circulation within the building,” Tom Pajolek, a CBRE executive vice president, told CO. “It’s very important for the workforce to feel comfortable for corporations to bring people back. They want to come to a healthy, well-attended-to situation.”

Meanwhile, most New York City offices remain closed or operating at a significantly reduced capacity but some workers are starting to return. And those who temporarily left the city may find their landlords are open to renegotiating rental leases as housing prices fall. But business leaders caution that city officials must not be complacent about New York’s core industries—or it risks losing them to cheaper, more spacious suburbs.

“If New York City politicians want to keep companies from moving jobs out of the city, they can stop talking about raising taxes, they can stop opposing private efforts to create jobs, and they can reduce regulations and laws that make NYC a very expensive and difficult place to employ people and run a business,” Kathy Wylde, president and CEO of the Partnership for New York City, told CO. “Companies will only reduce their footprint in NYC if they see the political and business climate of the city become totally inhospitable.”