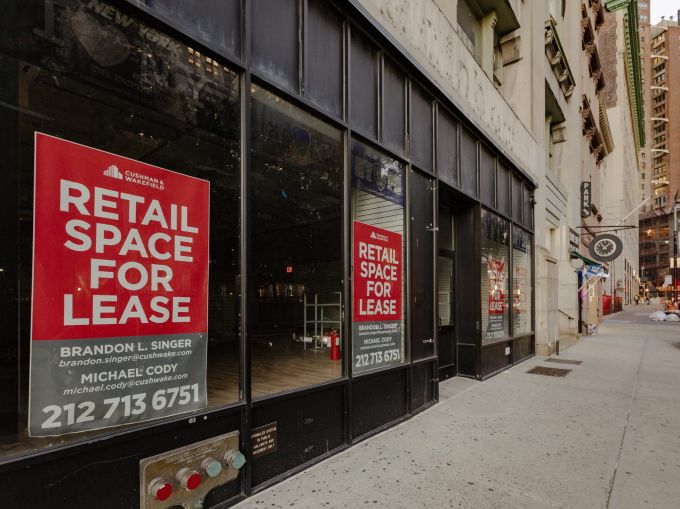 Sasha Maslov for the Commercial Observer

Lower Manhattan’s resurgence following 9/11 revolved around the idea of turning office-focused neighborhoods, such as the Financial District, into 24-hour, live-work-play centers. As the slowdowns and shutdowns of the COVID-19 era seem likely to last deep into 2021, many analysts and real estate figures see a significant and sustained drop in demand threatening the ecosystem of restaurants, retail and residential developments that has attracted so much energy and so many residents.

The shift threatens the mixed-use development strategy that has proven so successful over the past two decades.

“At the end of the day, it’s all connected,” James Famularo, president of Meridian Retail Leasing, said. “There are three categories — tourists, commercial office workers and residential — that make New York City as diverse as it is. With two components missing, it’s not really the same city anymore.”

The numbers from the retail and restaurant sectors are bleak. Nearly 90 percent of New York restaurants couldn’t pay their full August rent, and national retail chains are abandoning the city in droves. Add that to the decline in tourism, which employs nearly as many New Yorkers as manufacturing, according to the Center for an Urban Future, and it’s clear the slowdown has always had the potential to wallop a Lower Manhattan reliant on that 24-7 ecosystem.

“Like many neighborhoods, you get a sense that residents are hunkering down a bit still,” Jessica Lappin, president of the Alliance for Downtown New York, said. “Some number of them may have moved temporarily. That said, it’s a blessing that Lower Manhattan has grown dramatically as a residential community. Those who live and shop here are a critical lifeline for many businesses.”

That growth has made Lower Manhattan a redevelopment success story post-9/11. In May 2019, after nearly two decades spent building a more diversified economy and a thriving residential sector, the area hit a key milestone: sustaining more total jobs— more than 250,000 — than the neighborhood had in September 2001, the month of the terrorist attacks (as per the Wall Street Journal).

Now, though, with a large portion of that vast workforce working from home, the businesses that have flourished in the preceding years are under enormous strain.

“My restaurant clients who are downtown in Lower Manhattan are struggling more than most, as much as Midtown clients,” said David Helbraun, founding partner and chairman at Helbraun Levey, a New York City-based hospitality law firm, who says the slow, choppy stimulus talks in Washington, D.C., have left the sector in even more dire straits.

“They rely heavily on office workers, so without people coming back to work, they can’t afford to pay the rents,” Helbraun said of restaurants. “There just aren’t enough people living in Lower Manhattan to support a resident-only-type business, like there is in the West Village.”

“We clearly have a need for another stimulus,” said Peter Braus, managing principal of Lee & Associates, a firm that focuses on commercial real estate. “Economists on the left and right agree there’s a need for additional stimulus to recover, and it’s incredibly frustrating, outrageous and unnecessary that 850,000 small businesses have closed in the country over the summer.”

It’s not just the immediate danger to Lower Manhattan’s hard-won ecosystem either.

“I am very concerned that the damage to our small business community will be deep and long-lasting,” Lappin said. “The city’s in a tough spot. At a time when revenues may well be drying up, the need is growing. The steps that have been taken, like outdoor dining and shared streets, are good innovations, albeit, ones that might have been rolled out more smoothly. The city needs to dig deep, get creative, and do more.”

Retail faced challenges before the pandemic, most prominently, shifting shopping habits that e-commerce spurred. And Lower Manhattan itself was experiencing a glut of new retailers trying to capitalize precisely on the area’s growing live-work-play reputation. But the pandemic has been a “coup de grace,” Famularo said, a final blow that will “decimate” many small businesses.

His firm has closed 55 deals so far this year, 39 since the first quarantine orders were issued this spring. Most have still been restaurants and cafes, as well as the few commercial categories still performing relatively well (pharmacies, liquor stores, grocery stores and ghost kitchens). Retail was already under so much stress, Famularo said, and this year just “threw a match on to the woodpile.”

Along with the drag on retail, COVID-19’s impact on restaurants has created a vacuum when it comes to driving foot traffic and building excitement around new developments. Restaurants were real amenities for all types of Lower Manhattan developments and projects, Andrew Rigie, executive director of the New York City Hospitality Alliance, said. They created buzz, attracting locals and supporting hotels. Both the W Hotel Downtown and the Assemblage in Lower Manhattan have announced they will shutter this year.

“It was part of the ecosystem during the recovery after 9/11,” Rigie said. “Look at Brookfield Place and the food hall; Beekman Hotel restaurants, such as Tom Colicchio’s Temple Court and Keith McNally’s Augustine [which closed earlier this year], the restaurant talent at the South Street Seaport, and the bars on Stone Street. They were part of creating an energy and vibrancy that New Yorkers and visitors enjoy.”

Food and beverage businesses were also the businesses keeping retail corridors afloat, said Sulin Carling, a principal at HR&A Advisors, who previously worked on retail and economic development in the Department of City Planning. “The retail and restaurant sectors are really suffering, and we’re going to see businesses unable to hang on and significant vacancy.”

One of the most challenged neighborhoods in Lower Manhattan is the Financial District, now an overwhelmingly empty office district that’s left local retail and restaurants starving for their regular midday customers. While there are roughly 64,000 people living downtown according to the State of New York — up from 22,700 in 2000 — that’s not enough to sustain the current retail and restaurant operations.

Famularo said he predicts a long, drawn-out recovery, which means lots of empty storefronts that will make apartments and condos downtown less attractive for years to come. Rent in Lower Manhattan is already beginning to drop, as it is across the borough. The average rent in Lower Manhattan was down 6.9 percent quarterly and 11.5 percent annually in the third quarter, to $4,117, according to appraiser Miller Samuel.

The average sales price for a condo or co-op is down too. It dropped 10.6 percent, to $2,140,043, in from the second to the third quarter, though the median sales price and other key market measures were largely up, according to Miller Samuel. (Not so for rentals: The median rent was down 6.4 percent quarterly and 10.8 percent annually.)

At the same time, the Downtown Alliance said that, to its knowledge, none of the condos and apartment projects in development and under construction as of early October — 2,786 units in total spread across 17 buildings — have changed plans to open.

“The area will remain desirable, due to location, but it’s just not going to have enough people to keep restaurants open,” Braus said.

Carling says Lower Manhattan’s entire way of doing things may need to evolve, especially since there was already that glut of retail before the pandemic. Changes might include more short-term leases, more pop-ups and temporary experiments, and a broader array of non-food-and-beverage uses, such as community space, health care and education, Carling said.

“The residential market is going to be strong; there is a housing shortage, and the idea that people are leaving the city is exaggerated,” she said. “The incentives are different for retail. It needs to be valued more as an amenity, enlivening the streetscape, and making it more likely for tenants to live in a certain space. The concept of a vibrant ground floor isn’t going away.”

Braus said he expects an especially tough winter, as more Lower Manhattan restaurants and retail either need to cut back due to colder weather and smaller crowds, or shut down altogether.

“In the summer, when restaurants started reopening, it really brought people back and made the city enticing,” he said. “But losing that critical part of the recovery will have a significant impact.”