Here’s Where Chicago Office Rents Are Amid COVID 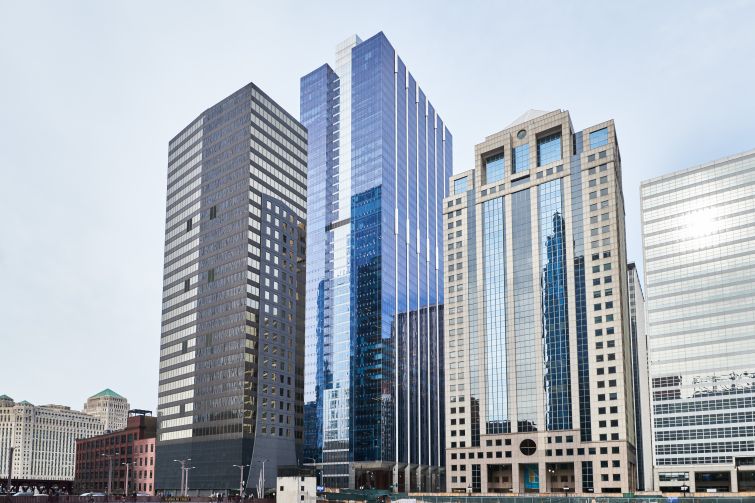 Somewhat surprisingly amid the COVID-caused downturn in office use, asking rents for commercial space have remained relatively unchanged in major markets across the U.S. Declines instead have shown up in net effective rents, given the increase in concessions to leery tenants.

SEE ALSO: Self-Storage Continues to Have a Good Pandemic

But the Chicago office market has broken this trend so far this year, with asking rents actually increasing. Chicago-area office rents overall increased to $30.17 per square foot in the second quarter from $29.17 the quarter before. Newmark Knight Frank attributes this to rising taxes and operating expenses.

Cushman & Wakefield broke the rates down further. Gross asking rents in the suburban region increased 1.3 percent year over year, to $24.11 per square foot in the second quarter, with the Near North submarket showing a 10 percent annual increase, to $28.63. Class A submarkets closer to Chicago’s central business dIstrict reported rent growth of 1.2 percent year over year, to $32.73, while outer-market Class A offices saw a slight decrease of 0.3 percent, to $27.20 per square foot.

In the central business district, C&W reports rent growth of 1.5 percent, to $41.21 per square foot, by mid-year. The Fulton Market reported the largest rent growth among submarkets with a 23.57 percent annual increase to $40.93 per square foot, which the brokerage credited to the delivery of new buildings.

“Our asking rents are relatively inelastic,” she said. “We don’t see the same fluctuations in our rents as markets like San Francisco and New York and Boston do. If you look at peak-to-trough rent declines in previous recessions, we were averaging between 5 and 6 percent compared to a market like San Francisco, which saw upwards of 30 percent declines in their peak-to-trough rents. We don’t see that same volatility here in Chicago.

“That’s just a fact of our market that goes back to our economic diversity,” Smith added. “We don’t have any major industries driving demand in this market. We’ve got such a mixed tenant base that we pretty much mirror the U.S. as a whole in terms of where rents go where, what demand looks like, and what economic recovery looks like.”

While statistics weren’t yet available for concessions and net effective rents, Paul Reaumond, vice chairman at CBRE, said that concessions have been high, something that’s not necessarily down to the pandemic.

“Chicago is one of the highest concession markets,” Reaumond said. “Even in good times, Chicago has a disproportionately high amount of leasing concessions relative to other peer cities because Chicago is not land-constrained. Chicago is a market where you can continue to build.”

Despite that, though, falling asking rents are probably inevitable in Chicago, Reaumond said.

“Landlords are hesitant to drastically cut rates because they don’t know where the market’s at right now,” he said, “but I think very soon you’re going to see landlords lowering their rent to compete with sublease space. As soon as tenants come back to the market and transactions start getting done again, rents are going to go down because landlords are going to have to compete with space that’s discounted, fully built out, and ready to go. That will really push downward pressure on rents for landlords.”