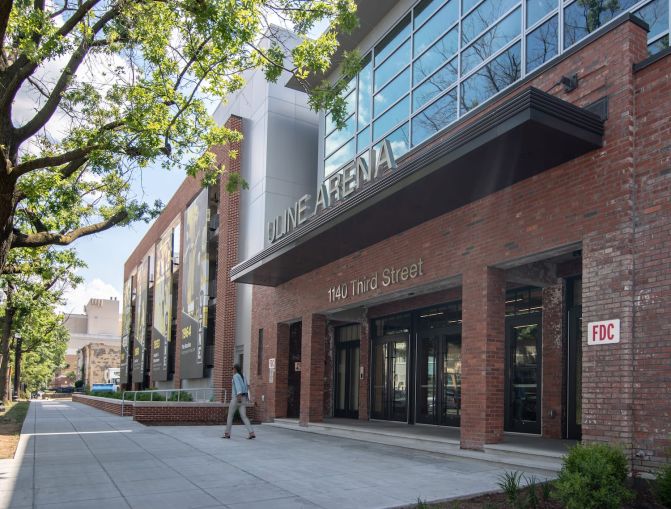 “The building and our space was first class, it looked like it was out of a magazine,” Donny Samson, Samson Properties’ CEO, told Commercial Observer. “From the modern ceilings, all-glass offices, beautiful rooftop meeting areas, we knew this place would be first-class for our agents.”

JLL represented the owner in the 10-year lease.

Located at 1140 Third Street NE, the historic single-story Arena building was converted into a single level of retail below three levels of office space. The Arena’s Ice House building has additional ground-level retail space with a portion of the first level dedicated to office.

The Arena was built in 1945 and redeveloped in 2016, two years after Douglas Development acquired the property.

“The building quality, brand-new space, and building history were attractive to the tenant for its first D.C. location as the building was perceived as an extension of their brand,” Evan Behr, JLL’s executive managing director, told CO. “Its proximity to Union Market and vibrant neighborhood feel added to the appeal.”

While only a few of Samson Properties’ agents will be moving to the new office, this is an expansion for the firm, which is now up to 30 offices across the DMV—eight of which have been added in the last four months.

“The NoMa area is up and coming,” Samson said. “It’s close to Metro, offers a parking garage with ample parking, and a lot of new construction is nearby that will bring more and more people to this community.”

Other tenants in the Arena include WestEd, Proof Strategies and Red Bear Brewing Co.