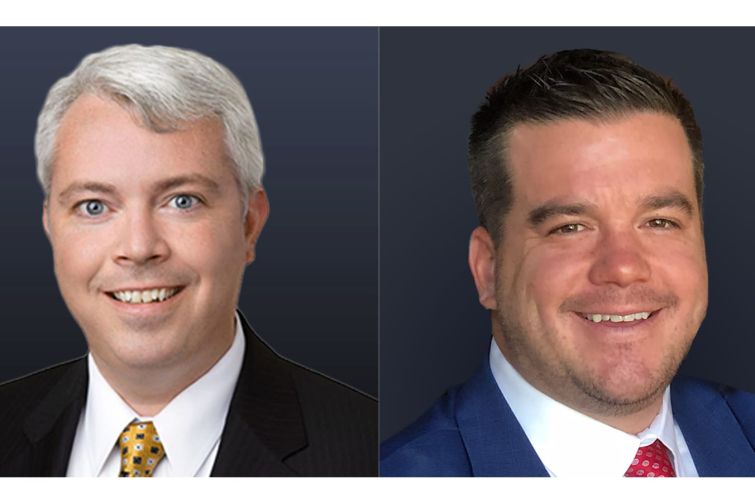 The COVID-19 pandemic accelerated many trends in the industry, one of them being the need for timely, detailed, accurate data. With industry participants’ ability to travel, visit properties and meet with deal counterparties stymied, a platform that can provide market and property analysis at your fingertips is more valuable than ever. Enter, CRED iQ. Founded by Mike Haas and Bill Petersen —two former rating agency experts — CRED iQ launched just as the COVID crisis was hitting U.S. shores. The interactive commercial real estate valuation and analytics firm gives investors real-time data and helps them assess market risk at a time when they need it the most.

Tell us the impetus behind launching CRED IQ.

Mike Haas: Bill and I have been working together for over 10 years. We saw an opportunity to pull together massive amounts of CRE data from various sources and combine it with our own proprietary analysis and algorithms to provide a new go-to source of in-depth market and property analyses. Existing platforms rely largely on appraisals or BOVs [broker’s opinion of value] to provide valuations to clients, but we’re able to accurately value properties in real time using all the data that we have at our fingertips. We’re providing clients with in-depth valuations, complete with market information around rent expenses, cap-rate comps, and demographic and unemployment data, as well as several other hundred property- and loan-specific data points for over 95,000 properties in our database.

Can talk us through where you’re pulling your data from?

Bill Petersen: The bulk of our data is coming from CMBS trustees and servicers, and we’re adding in several other publicly available sources. We’re pulling in market information, and we’re doing a lot of data aggregation around rent expenses, cap rate comps, full demographics for over 400 MSAs and we also have unemployment data. We’re trying to pull in as much loan data as we can, as well as borrower-specific information, just to make a single one-stop-source of in-depth, valuable information that investors can use.

How would you describe your customer base?

BP: It really runs the gamut. We have some mom and pop shops, we have big-time CRE investors, national brokerage firms, distressed debt buyers, developers, insurance professionals and consultants. We’re adaptable to a wide variety of clients and it’s exciting to see multiple people on the website every day.

You launched CRED iQ just before the pandemic hit. That must have been interesting.

MH: It was an interesting time. One of our valuations — of The Fontainbleau [hotel in Miami] — was picked up by the Wall Street Journal, and that forced us to launch sooner than we wanted to, but there was a huge need for this analysis and data in the market at the time. We were able to pull things together pretty quickly and launch, and we picked up several clients — which has been great for a new startup. Billy has been doing commercial real estate analysis and CMBS analytics for a lot longer than I have, and he can touch on some of the other downturns he’s lived through.

CO: I’m sure he simply meant you were seasoned and informed.

BP: Well, I’ve been in the industry for over 20 years and while we couldn’t really predict the pandemic and its impact, I’ve certainly seen other downturns; the dot.com bubble in 2000, the events that followed 9/11 in 2001, and the great recession in 2008, 2009. What we find interesting this time around is that the market really is in a better position now for a recovery.

Is that because of leverage, or why do you think we’re in a better position than we were last time around?

BP: That’s exactly it. There’s lower leverage and there are more logical and reasonable cash flow expectations. Cash flow and valuation expectations were crazy in the last downturn and really the impetus behind the fall. This time around leverage is really in check, underwriting standards are a lot stronger,  and I think —obviously with the exception of retail — property types are better positioned for a turnaround.

When you look at the global financial crisis versus this crisis, what stands out to you on the CMBS side?

BP: The borrower behavior in terms of the number of forbearance requests.  I think eventually, as those forbearances expire, we’re going to see a lot more distressed transfers to special servicers. We could potentially see the return of the A/B split or the hope note, which we saw a lot of in 2008 and 2009. I don’t think it’ll be near to that same extent, but we could see a few coming down the pike.

Retail is the redheaded stepchild of asset classes, but hospitality is also suffering post-COVID. What are you seeing on the hospitality side today?

MH: The delinquency rate has really spiked, and a lot of hotel loans are getting modified. Our latest analysis [as of the time of the interview in September] showed 1,529 hotels — totaling $10 billion — received forbearance modifications. Hotels before the pandemic were underwritten at higher occupancy rates, because in the last recession they steadily improved and hotel underwriting occupancy was around 75% or 80% for some hotels. That’s now dropped to under 30%, and it’s really tough for any hotel to continue operations at that point.

MH: We’re seeing a lot of interest from distressed debt buyers. A lot of people have dry powder and are looking to be on the offensive and pick up properties well below market values and then redevelop them into another use. We’ve seen a lot of that.

Do you think the peak of the distress will hit later this year?

BP: I think the delinquency will continue to be at an elevated level, just with the lack of travel and uncertainty. I think cap rates will pick up, we’ve already seen that, and I think offices will also get hit hard with the work from home element. I think that’ll be lasting for a while. Offices will need to be underwritten at a higher vacancy rate, which will hurt valuations.

Can you give us some background around your careers prior to CRED iQ?

BP: I’ve been in the commercial real estate CMBS industry for over 20 years. I started in the servicing world, with GMAC. I moved in, moved into the Realpoint group, which was more of a CMBS surveillance group. That eventually spun off and was acquired by Morningstar. In the meantime, we got the [nationally recognized statistical ratings organization] designation, to become a rating agency. In 2013, I left Morningstar to join KBRA to build out a platform and actually build out two platforms for KBRA. One was a surveillance platform that is revenue-generating, and the second was a surveillance platform that was internal for the CMBS rating surveillance group. I ran that group for a while before leaving to pursue this opportunity.

MH: I started my career in KPMG’s real estate valuation group in Philadelphia, and I was there for about three years. My job was basically to analyze and audit thousands of appraisals and look at all the assumptions that the appraisers used. So that was my first experience valuing real estate and understanding how it worked. From there, I moved to Realpoint, and that’s where I met Billy. I then left Morningstar and joined KBRA as one of the four people that were recruited out of Morningstar. The rest is history.

You just added Zac Ruiz — previously the vice president of global technology for DBRS — to your advisory board to help lead data strategy. What are your plans for future growth?

MH: Right now we’re building a lot of features and adding more databases, and using Zac’s help to scale the platform. We envision adding about 10 to 15 other people to grow our existing team;  salespeople, software engineers, quantitative analysts and commercial real estate analysts. We’re excited about adding more features that our clients have been asking about. We also have Lawrence Yuan on our advisory board, he was previously the CTO of Ten-X.

Any plans to launch an auction platform in the future?

BP: It’s been discussed. We haven’t really mapped it all out, but we definitely have the capability to do that.

What differentiates CRED iQ from other similar platforms that are in the market today?

MH: I think the main differentiator is our in-depth valuation process — which is supported by over 95,000 commercial real estate properties — and our ability to update the values in real time. We haven’t seen any other platform with those capabilities.