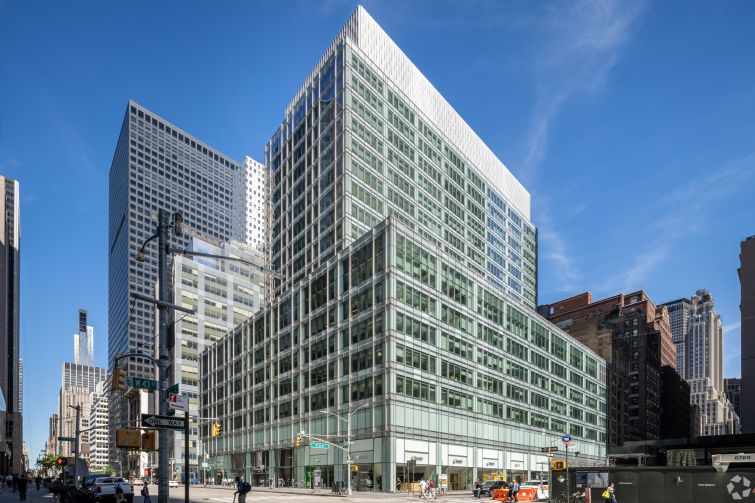 BBC Studios, the commercial arm of the British Broadcasting Company, renewed its offices at the Hippodrome Building while artificial intelligence company Quantcast moved to a direct deal with the landlords, Commercial Observer has learned.

The United Kingdom-based BBC Studios signed a five-year deal to keep its 36,000-square-foot space on the fifth floor of the building at 1120 Avenue of the Americas, according to landlords Edison Properties and Gottesman Real Estate Partners. The production company has had a presence in the property between West 43rd and West 44th streets since 2011.

Quantcast was previously subleasing space from the BBC but moved to a five-year direct deal with the landlords for its 23,000-square-foot space, also on the fifth floor.

“Signing Quantcast and renewing BBC Studios is a testament to the Hippodrome’s status as a premier, centrally-located midtown office building, as well as to the resiliency of New York City,” Andy Gottesman, CEO of Gottesman Real Estate Partners, said in a statement. “It proves leading companies still want, and need, a compelling office experience to work collaboratively and creatively.”

A spokeswoman for the landlords declined to provide the asking rent in the deals, but CoStar Group data shows they range from $64 to $79 per square foot in the building.

Rob Lowe, Michael Burgio, John Cefaly and Dan Organ of Cushman & Wakefield handled the deals for the landlords while JLL’s Lisa Kiell handled it for both tenants. A C&W spokesman declined to comment, and a spokesman for JLL did not respond to a request for comment.

Other tenants in the 21-story building include job site Indeed, clothing company Perry Ellis and ElevatedNY.

“Our goal is and always has been to offer companies like Quantcast and BBC Studios an inviting place for their employees to thrive, and for them to re-sign achieves that goal,” Jon Dario, COO of Edison Properties, said in a statement. “We’re happy that we can continue to offer a safe and welcoming place at the Hippodrome for Quantcast, BBC Studios, and our full roster of commercial and retail tenants.”