Dune Real Estate Partners has entered into the 1.2-million-square-foot development project as a joint venture partner 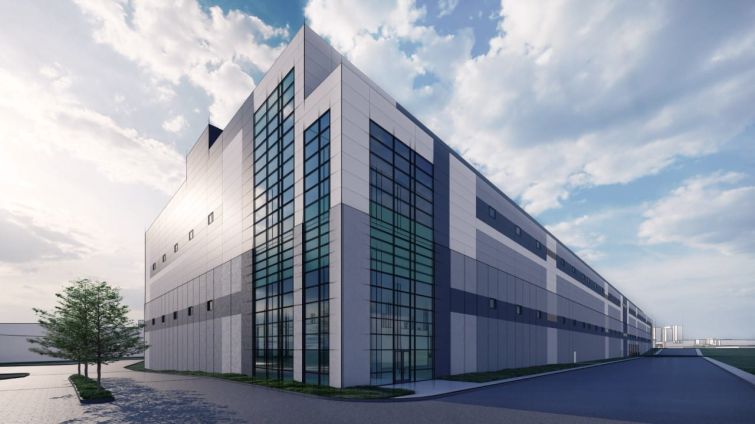 A rendering of the Bronx Logistics Center. Courtesy: Turnbridge Equities

Turnbridge Equities has brought in Dune Real Estate Partners as a joint venture equity partner and at the same time secured $105 million in fresh predevelopment debt financing from J.P. Morgan Chase for its Bronx Logistics Center, a massive last-mile distribution and warehouse development that will become the largest of its kind in New York City, Commercial Observer has learned.

The partnership has come together to build the four-story, roughly 1.2 million-square-foot asset now that Turnbridge has secured the fifth and final parcel needed to get started. ACORE Capital had previously provided acquisition financing to Turnbridge, which has been assembling the sites in a series of off-market deals since December 2018, according to city mortgage records and information from Turnbridge’s website.

J.P. Morgan Chase declined to comment on the transaction.

Turnbridge founder and managing principal Andrew Joblon said in a statement that the track records of his firm and Dune’s “combined with our shared investment philosophy and capital flexibility, creates a formidable partnership. We look forward to jointly completing this world-class last-mile distribution facility.”

Despite the pandemic, the development’s timeline and delivery will come at an opportune time, given the growth of e-commerce and its domination of the retail space since COVID-19 set in in March. Once complete, the development will serve as one of the largest distribution facilities in the region while providing critical last-mile infrastructure for New York. According to Turnbridge, the development will provide access to over 17 million consumers within a half-hour drive of the location.

“We believe strongly in this one-of-a-kind asset and the Bronx industrial market,” Turnbridge managing principal Ryan Nelson said in a statement about the project at 980 East 149th Street in the Hunts Point section of the Bronx. “There is enormous tenant demand for quality last-mile distribution space in this supply-constrained region. The innovative design and unbeatable location of the [asset] is poised to capitalize on the surging e-commerce trade in this area and growing consumer demand for faster and more convenient deliveries.”

Dune CEO Daniel Neidich added in prepared remarks that the project, which is situated on 14.2 acres, “is well-positioned to capture accelerating tenant and investor demand for urban infill industrial assets within the significantly supply-constrained New York City region.”

The project will have clear heights up to 28 feet, around 70 loading docks and also 1,400 parking spaces. Located just steps from the East River in the South Bronx, the facility has direct access to I-278, which serves as a conduit to other major interstate highways in I-87 and I-95. One of the highlights of the development is its adjacency to the Oak Point Yard, which is a freight railroad yard owned and operated by Jacksonville, Fla.-based CSX Transportation that serves as a hub for its local deliveries. CSX operates around 21,000 miles of track nationwide.

The site is also under two miles from the Hunts Point Food Distribution Center, which is one of the largest wholesale distribution centers in the world, according to information about Hunts Point Peninsula from the New York City Economic Development Corporation’s website.

“Same-day delivery is expected to increase from 2 percent to over 25 percent of e-commerce transactions by 2025, which has now accelerated due to the COVID-19 pandemic,” Scandalios said in a prepared statement provided by JLL. “This facility’s location, access to rail and market-leading property specifications position it as a best-in-class multi-story logistics facility poised to capitalize on the increasing need for rapid delivery times to consumers.”

This story has been updated since publication to include a statement from JLL’s Andrew Scandalios.