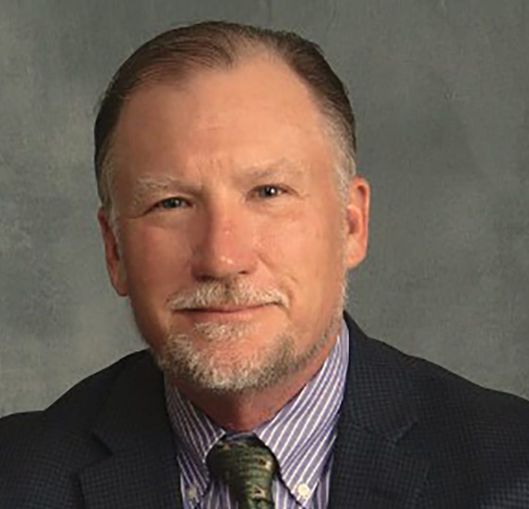 The industrial sector throughout the Washington, D.C., region has remained strong, even as coronavirus concerns have impacted most other commercial real estate segments. This is especially true in Maryland, which is less expensive due to land costs and translates into lower leasing asking rates, offering a high-value proposition.

Allan Riorda, president and principal of commercial brokerage firm Lee & Associates, noted that industrial real estate trades remain prolific due to the “cultural shift in consumer buying habits and the way goods are distributed, with many bypassing traditional locations and delivered directly to residences.”

“With the lack of land supply near major population centers, there exists a sense of urgency among companies with logistics requirements to act quickly and decisively,” he told Commercial Observer. “The global trade war and pandemic exposed weaknesses in the supply chain, and tenants are leasing space on a just-in-case basis, because of demand. They are worried that large spaces will not be available when it is needed, so they are being proactive.”

Riorda spoke with CO about industrial trends, the 1 million-square-foot lease he just completed, and what to expect in the year ahead.

Commercial Observer: How would you characterize the industrial sector in the DC/Maryland region as we head into the fall?

Allan Riorda: Together with the multifamily sector, industrial has been the most prolific real estate category throughout the entire country over the past several years, and this holds true in the Maryland/DC region and in 2020 as well.

Regionally, the warehouse/industrial market remains in the single-digit vacancy range and new speculative product continues to rise in response to the seemingly endless appetite of corporate end-users. The primary reason? Consumer habits continue to shift to online shopping, a trend that was moving quickly but has been accelerated during COVID-19, with most of the country, if not the world, dealing with lockdown restrictions.

Those consumers who previously resisted shopping online had no choice but to do so while operating from home and we expect demand to only increase in the future.

How much of an impact did the pandemic have on the segment? Where are we compared to last year at this time?

The industrial market is actually more active now than it was one year ago. Strong and growing population centers, such as the one in the Baltimore/D.C. market, are continually targeted by major companies to service rapidly expanding demographics.

Certain companies, fearful that supply will not be available when they need it in the future, are scooping up larger spaces now in anticipation of future needs. Vacancy rates continue to be lower in this region and, given land constraints, there remains a substantial barrier to entry for new investors and developers.

According to a report by NAIOP, industrial real estate has outperformed other commercial property types this year due to a surge in e-commerce, but broader macroeconomic indicators suggest industrial space absorption will decline sharply in Q3 2020. Do you feel this is true in our region?

I read that and don’t agree with this assessment. We’re currently seeing substantial demand, not only among e-commerce, but also food-related businesses with an emphasis on cold-storage facilities. An interesting trend entails companies stocking up to have more inventory on hand, in the event we experience another pandemic or lockdown in the future. Companies and real estate experts have learned many valuable lessons from the past several months.

What is driving the demand? Are companies being proactive?

Again, consumer goods are the primary driver, including large-ticket items. For example, there currently exists a very limited inventory of newer cars that may not be able to meet expected pent-up demand over the next several months. An example of business categories that have experienced a tick-down in demand are retail stores, office supply and party rental/catering companies.

What sort of businesses are driving the industrial sector in this area?

E-commerce has and always will drive the industrial market. COVID-19 accelerated the surge in online shopping, exceeding those projections that many experts had forecasted several years ago.

The single biggest factor we are seeing now is in the food category. Prior to COVID, a certain segment of the population was reluctant to order food online, particularly items such as vegetables and meat. Now, during COVID, there were substantial delays in the supply chain and people waited long hours when ordering pickup at locations such as Walmart and select grocery stores.

Why is this an important region for industrial? What makes it special?

Approximately one-third of the population of the United States can be accessed within a one-day truck drive from the Baltimore/Washington area, and this region represents the fourth-largest metropolitan statistical area (MSA) in the country. Several counties in Northern Virginia and Howard County are considered the wealthiest in the country, and Prince George’s County is a rapidly-growing submarket that also services the greater D.C. area.

I understand you completed a 1 million-square-foot lease this year. Tell me about the specifics there.

We received an agency requirement from Stag Industrial to lease a 1 million-square-foot facility in the Hampstead area of Carroll County, Md., which is very close to Baltimore. It’s located out of Westminster and would be considered a B location. Dart/Solo Cup was vacating the facility this summer, and we began our marketing strategy this January.

When COVID hit, we experienced increased activity and interest, and we also teamed with our Eastern Pennsylvania affiliate, which traditionally does larger transactions than us. The tenant velocity increased substantially for the e-commerce companies; and we did see several related users before successfully securing a tenant, which is an international book publishing company. It was one of the largest transactions done in the region.

What other notable leases have you been involved in this year?

We’ve actually done a few large renewals this year. It was interesting as our expectation was for the tenants to request to go to a month-to-month lease until they had a better understanding of how the economy was reacting, but all entered into new five-year terms. During this time, we really did not see any increases in landlord concessions or reduced rent. Most have experienced sticker shock as rates have increased by at least 10 to 15 percent for Class A product since 2015.

What’s happening with new development? Are we seeing new buildings come online and should we expect this to play a factor in 2021?

There is speculative development occurring in spots, including Harford County, which is north of Baltimore. There continues to be a flight to quality in this market, and we recently executed a lease where we were handling the agency for a Prologis building in Howard County that set the high-water mark for industrial rents in the area.

I hesitate to predict anything given the upcoming elections, which makes everything a wild card, but the combination of continued demand and minimal product being delivered should bode well for leasing and rising rental rates.