Cantil-Sakauye: Lawmakers ‘have had since March’ to address eviction crisis 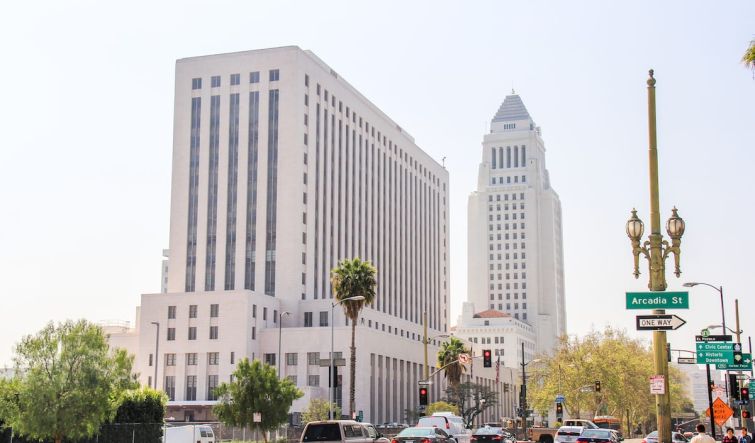 The Judicial Council of California, which sets policy for the state’s court system, voted 19-1 on Thursday to end emergency rules halting evictions and judicial foreclosure proceedings by Sept. 1.

The council originally approved the temporary rules staying eviction proceedings in April. California Chief Justice Tani G. Cantil-Sakauye then suspended a vote on June 10 to provide Gov. Gavin Newsom and the Legislature more time to develop policy solutions to deal with the potential impacts of evictions and foreclosures during the coronavirus pandemic, but they have not done so yet.

The Legislature could address evictions for the remainder of the state of emergency, as well as the risk of bankruptcy for landlords. But the last day for each house to pass a bill is Aug. 31.

“The judicial branch cannot usurp the responsibility of the other two branches on a long-term basis to deal with the myriad impacts of the pandemic,” Cantil-Sakauye said in a statement earlier this week. “The duty of the judicial branch is to resolve disputes under the law and not to legislate. I urge our sister branches to act expeditiously to resolve this looming crisis. They have had since March 2020 to explore remedies that will provide fairness to all parties …”

She said the council received thousands of comments “from tenants who fear homelessness to small landlords who face losing their livelihoods or fear bankruptcy.” Tenants rights groups around the state have warned of a wave of mass evictions and a rapid rise in homelessness.

At a press conference yesterday, Newsom said he supported enacting eviction protections for “vulnerable renters” as well as assistance for struggling property owners who are impacted by the coronavirus outbreak. He also supported a $300 million fund for the most vulnerable homeowners and renters.

Warren Berzack, national director of multifamily for Lee & Associates, told Commercial Observer that “there is undoubtedly going to be a slew of evictions” once they’re allowed. Berzack is also a landlord in California, and said there is “quite a backlog of people that haven’t been paying rent” as well as people that can no longer afford to pay.

“Most of them are paying some portion of the rent and have the intention to pay back the money that they owe the landlords,” he told CO. “And others are simply just taking advantage [of the inability to evict].”

He said one tenant told him he can’t move out until Aug. 14, which was the day before the court’s eviction stay was being lifted. He also said a decent percentage of people who can’t afford to pay are starting to move out.

Cantil-Sakauye also described a court system “dealing COVID-related backlogs” in her statement. Berzack said foreclosures and evictions typically take about four months, but the backlog will cause the process to be more drawn out.

“If you’ve got tens of thousands of evictions that are potentially going to happen, you will definitely have a backlog in the courts,” Berzack said. “So what used to take three or four months could take six to nine months.”

Landlords and property owners have been tugging in the other direction, warning of bankruptcies and massive losses to their business. The Apartment Association of Greater Los Angeles filed a lawsuit to stop L.A.’s moratorium. Berzack said with the state waiving its stay on eviction proceedings, that could give the association a stronger argument.

“It’s not realistic for people to live essentially for free,” he said. “I think the courts will start getting more and more involved if some of these cities don’t lift the ban as well.”