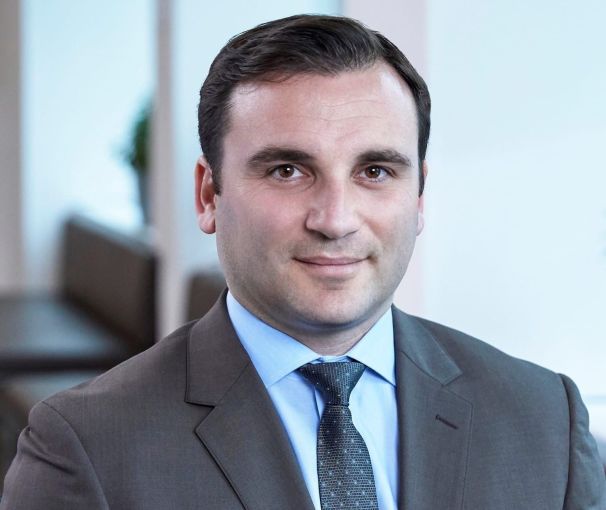 The past six months have been a pretty interesting time for lenders. While the coronavirus pandemic initially paralyzed financial markets, windows of opportunity began to open as the dust settled and financiers cautiously got back to business.

Now, some are busier than ever.

Eugene Rozovsky joined Lightstone in February 2019 to head up its then-newly-formed debt platform, Lightstone Capital. Starting a new lending arm from scratch isn’t easy, but Rozovsky has found that sticking to your guns in market highs and lows is a pretty good formula for success.

Commercial Observer: How has your experience been, lending through COVID?

Eugene Rozovsky: We’ve remained very, very active. This is a brand new platform, we’re a little over a year-and-a-half into it. When COVID happened there were obviously some changes in the market, but the way that we approach our business hasn’t necessarily changed — although some of the deal types that we’re now able to capitalize on have certainly changed. We focus strongly on basis, we have stringent underwriting and always look at the downside scenario. So, the fact that COVID happened didn’t really impact how we operate. Pre-COVID and for the past few years, there’s just been a tremendous amount of capital markets activity. There was an unprecedented amount of debt capital that needed to be deployed and people were lending on assets at significantly higher loan-to-values with lower pricing, and we just didn’t do those deals. It wasn’t easy to say no — especially when you’re building out a new business — but you’ve got to stick to your guns.

How would you describe your loan portfolio today?

In our portfolio, which is close to $500 million at this point, we don’t have any hotel deals, we don’t have anything that’s pure retail and less than 3 percent of our portfolio is ground-up construction but it’s residential. The portfolio in general is very safe, and I think that kind of speaks to how we’ve been investing. So as COVID occurred, we’ve remained active but stuck to our guns, so instead of looking for yield in certain types of asset classes, we’re now seeing much stronger deals come to us because a lot of lenders have fallen out of the game. Some of those lenders were predicated on leverage, some were just syndicating, some were just lending money because they had to put it out and ended up making bad loans. So, competition has shaken out and the quality of deals has definitely improved. We’ve never traded basis for rate, so we’re just focusing on better quality deals today, which translates to stronger cash flows.

As you mentioned, before COVID hit it was really a borrowers market, with so much competition for every every single deal. Did you see any trouble spots brewing back then?

It was insane. Not to pick on assets, but in the lodging sector, there were deals that were being marketed in the Libor + 300s on properties that needed work put into them where in reality, the ask was closer to 85 percent loan to value —and those deals were being done. When I say 85 percent loan to value, that’s based on our view. But in my book, I wouldn’t want to lend more than 60 percent LTV on a hotel, and I wouldn’t want to put that money out for a yield that’s less than seven to nine percent. Because to me, that’s what makes sense. Literally not a single hotel deal checked the box for us, and being part of Lightstone —who has such a large hotel portfolio as an owner, operator developer — that wasn’t an easy thing. But I think we all understand now that sticking to our guns on those loans was the right move.

Have you found opportunities where you’ve been able to step in where other lenders have walked away from deals?

We actually just closed on a $43 million deal at the beginning of August, out in Jersey City. So this is a perfect example: It was a brand new building that was slightly delayed in construction and being funded by cheaper capital;  traditional banks were going to do the deal. So — with construction delays that were minor — they were finally crossing the finish line in March when everyone backed out. The sponsors built a good product, people still need apartments to live in and we looked at that opportunity and understood that the value was there and that the risk was really associated with the residential lease-up. We underwrote it to our own standards and stepped in and got the deal done. We provided the sponsors with a very strong solution to bridge them through lease-up, whether it takes them 12 months or two years. So they can then go out and get an agency or a permanent take out loan once they’re fully stabilized. That opportunity would not have traditionally come to someone like us; that would have been a deal that’s done by one of the banks or potentially one of the larger funds that have really cheap leverage.

Are you making construction loans today?

The way we look at ourselves is we’re a boutique shop;  we’re not small, we’re not massive, we’re boutique. Mostly everything we do is via direct relationships. There’s a lot of emphasis on working with borrowers like partners, and not necessarily just trying to get deals done. So when we started, we built this platform from scratch and I wanted to make sure we walked before we ran. We’ve been in a very fast jog since day one [laughs]. And construction — although I used to do a ton of it, and although Lightstone is a very active and prominent developer — we haven’t really done to large scale. Not because we can’t, but because I knew I wanted to build out the right foundation first and then get into it. This year we were going to do a little bit more, but when COVID happened, we just started seeing a lot stronger opportunities at similar yields that didn’t involve construction.  I think a lot of lenders are very uncertain and have pulled back, and I think that we will be doing construction — we just don’t have to. And when we do it, the only construction we’re going to be looking at is on more core-type products where it’s either a rental building or an industrial property, or less risky asset types. I’m not going to be doing any luxury condo construction.

What was the impetus behind launching Lightstone Capital last year?

David Lichtenstein [CEO and Chairman of Lightstone] reached out to me after I left Madison [Realty Capital]. I wanted to go out on my own and build something from scratch. I wasn’t sure exactly which direction I wanted to go in, but he reached out and said he wanted to get into the debt space. We have a very similar way of looking at the world as well as the market, as does  Mitch [Hochberg, President of Lightstone]. Lightstone wanted to get into the debt business to capitalize and further diversify its scope of investments in general and — given where we were in the market cycle —understanding how to lend not on core assets, which the rest of the world does, but distressed opportunities, we thought that there was going to be a lot of opportunity. The way that this venture was structured is we’re able to compete not only with the funds out there and some of the other traditional lenders, but also the banks. We’re only going to make sound investments in deals we like and in deals we want to be involved in.

Are seeing any distressed market opportunities that you’re interested in?

Pricing hasn’t gotten to the point where there’s really distress. I think three to nine months from now, you’re going to start to see opportunities that were around in 2012, 2013.  Earlier I had mentioned the volume of competition and how certain asset types or deal types were overly inflated with lenders putting out loans at much higher proceeds than could justify the risk reward spectrum; those are deals that are going to be in trouble. If something was distressed pre-COVID, that’s already been priced in, but the COVID distress hasn’t fully transpired. The debt markets are private, so transactions help dictate value and trades help dictate value and it takes some time to really understand where values have dropped, or where they may have not dropped as much as people think. So I just think it’s going to take a little bit more time to really see the distress.

How’s your forward-looking pipeline shaping up?

It’s pretty packed. It’s looking good. We have a number of deals in the pipeline that we’re actually working through. Most of them are cash flowing or have a cash flow component to them. Right now, the toughest part is prioritizing deal flow. The majority of deal flow out there is people looking for dollars to either recapitalize a construction deal that’s not yet complete, or do a ground-up construction deal, or there might have been some kind of workout and they need to recapitalize the project. There are a lot of those scenarios and they’re very attractive yields. But we’re not focusing on those. We’re focusing on higher quality pieces of real estate with quality sponsors where we know that we can still make an attractive return, but be at a much better and stronger basis. So we’ve got a pretty active pipeline for the next 30 to 60 days. It’s hard for us to have one that goes out longer, because we move quickly. On average, it takes us about two weeks to get a deal and typically our pipeline is about 30 to 45 days forward looking.

Any big lessons learned from COVID?

The biggest lesson is probably just remaining disciplined, staying focused and not falling into popular trends that don’t make sense. It may make sense to the general public and make you feel like you’re missing something but ultimately, if you’re focused and you believe in what you think and it’s not just some random thought then you have rationale behind it. Launching a brand new business from scratch is not easy. And there’s a tremendous amount of pressure people put on volume, but that’s not how we operate. We perform based on what makes sense and what feels right. It’s kind of like when you get married to someone, you better have a good gut feeling about it. You don’t get married just because everyone’s getting married.

Before we go, would you like to hear a joke?

What do you call a tax abatement in Canada?