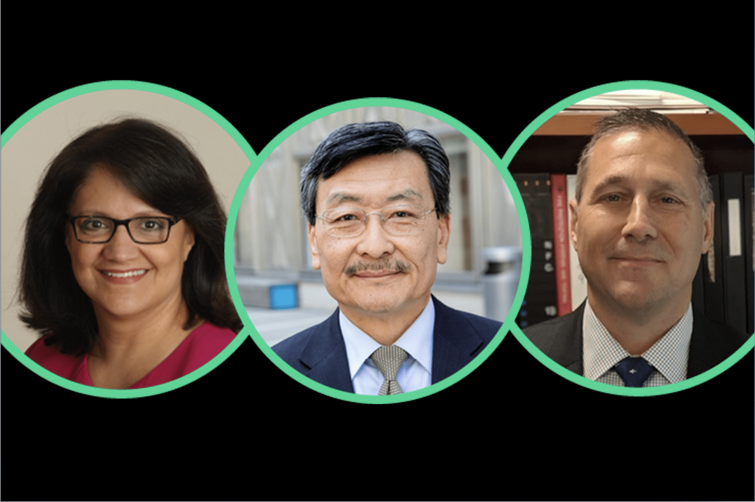 The coronavirus pandemic caused massive upheaval and strain on the healthcare industry, with hospitals around New York City scrambling to open up temporary spaces to deal with the surge of COVID-19 patients.

“We could build a field hospital in 10 days while it takes us six, nine or 12 months to design a property and two to three years to build them,” Joe Ienuso, senior vice president for facilities and real estate for New York-Presbyterian, said during his keynote (which, like other panels and talks during the forum, was delivered virtually). “We need to take that urgency that we all realized together … [and] we need to improve the efficiency of the work we do together. We should not be relieving ourselves of that obligation.”

Panelists through the form echoed Ienuso’s thoughts and said the speed at which many were able to get temporary solutions up and running meant it will be hard to go back to the long timelines projects had pre-COVID-19.

“We had put up six trailers in approximately three weeks,” Steve Friedman, director of facilities engineering for Memorial Sloan Kettering Cancer Center, said during the second panel. “Then you wonder how come we can’t do this on a regular basis.”

Aside from shortening the time to build projects, another thing the pandemic taught healthcare facilities was the need to build flexible spaces that can be converted to handle emergency situations in the future.

“To spend the time and the money to construct a space, then decommission and take it apart later is not financially viable,” Friedman said. “You want to think about putting together spaces that could be used as permanent spaces.”

And one of the things healthcare operators can do to speed the pace of projects is to include contractors in the process earlier.

“The contractors bring an extraordinary benefit and insight that the design teams are not always thinking about,” Patrick Burke, Columbia University Irving Medical Center’s associate vice president of capital project management, said during the second panel. “That helps give us a better product faster.”

Loida Ramos, vice president of planning, design and construction for the Mount Sinai Health System, said during the first panel that the hospital has started to look at all of its future projects to figure out ways they can easily be converted to handle a future pandemic.

Some of the ways Ramos has looked at is the addition of plumbing for dialysis machines and additional power outlets for monitors in rooms in new projects so “in an emergency, if we needed to, we can flex them to an [intensive care unit].”

But one of the issues healthcare facility operators are facing is how to pay for all the changes. These could add millions of dollars to projects, so operators need to figure out the most important features to implement in new facilities.

“It’s walking that tightrope between capital available and where do you really want to go,” Jonathan Cogswell, Northwell Health’s assistant vice president of facilities service and engineering in the Manhattan region, said during the first panel. “If money was no object … we would have a truly adaptable facility.

“You have to figure out, as we look back on what we had to do for this, what took the longest, what was our biggest challenge and can we put that in place now,” he added. “From a capital perspective, what can you justify as preparation without going too far.”

For many hospitals, the pandemic has cut their revenue, leading many to focus on revenue-generating projects with “infrastructure being put on the back burner,” Jason Adkins, director of project management for CBRE Healthcare, said during the third panel.

“There’s been a shift in focus for institutions to start a project that could help fight a resurgence,” he said. “And most of the projects with an eye on revenue-producing are still being put back online.”

Adkins stressed that infrastructure isn’t “something that should be put on the back burner,” and CBRE started a program to shell out the upfront costs for these projects and let health care facilities pay them back later.

The final portion of the event focused on the life sciences sector, which has started to see an increase in activity in New York City. While it’s still not comparable to hubs like Boston, the coronavirus pandemic could provide a boost to the sector in the city.

And New York City already has most of what it needs to develop a strong life sciences industry.

“We have the medical students, we have the researchers, we have the post-docs, and we have a collection of pharma companies based in New York City and New Jersey,” H. Guy Leibler, president of Simone Healthcare Development, said during the final panel. “There’ll be a lot of great things that come out of the situation today that will lead to a lot of great opportunities in New York City over the next decade.”