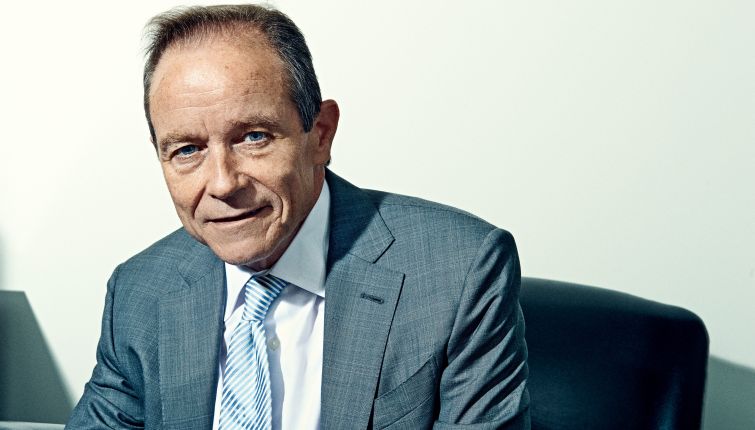 Veteran commercial real estate finance executive Paul Vanderslice, an industry household name as one of the pioneers of the commercial mortgage-backed securities (CMBS) space, is headed to BMO Capital Markets, the investment banking subsidiary of the Bank of Montreal, Commercial Observer has learned.

An article from The Real Deal on Aug. 31 reported that the former Cantor Commercial Real Estate (CCRE) CEO was set to retire after a two-year stint at the firm. He joined CCRE in 2018 with a task to clean up the business and quality of the firm’s debt originations, as CO previously reported. Vanderslice will now help spearhead the formation of a new commercial real estate securitization platform at BMO.

Levent Kahraman, a co-head of securitized products at BMO, said in a statement that with Vanderslice’s appointment, “we intend to build out a first-rate CMBS origination team that will complement our best-in-class sales and trading franchise, and Paul is the first step in that process.”

“BMO has a long history and broad experience in [commercial real estate] lending,” Dan Goldman, a co-head of securitized products at the company, said in remarks. “Given our strong distribution and broad institutional client reach, CMBS origination is a natural extension of our platform and product suite, which will allow us to increase our client market share even further. For clients of BMO’s many existing business groups, including investment and corporate Banking, [BMO] Harris Bank and Wealth Management, adding CMBS will broaden our offerings for borrowers.”

Vanderslice will start on Sept. 14, reporting to BMO’s head of securitization finance, Eric Jacks. BMO’s operation will begin with a focus on conduit, single asset-single borrower (SASB), agency CMBS and warehouse lending, according to information from the bank.

“Paul’s deep knowledge of the CMBS market, long track record of success and industry connections make him a perfect addition for BMO Capital Markets,” Jacks said in a statement.

After more than 30 years at Citigroup, where he helped to build one of the industry’s largest and most prominent CMBS practices, Vanderslice — a mainstay on CO’s annual Power Finance 50 list — moved to CCRE in 2018, where he took over as CEO from its former chief executive and founder, Anthony Orso. (After it was founded in 2010, CCRE was one of the first financial firms to begin originating conduit CMBS loans after the previous financial crisis in 2008.)

Vanderslice departed Citigroup as co-head of its U.S. CMBS group, and Citi’s former head of CMBS capital markets, Tim Groves, joined him in the quest to “reboot” CCRE, as Vanderslice previously told CO.

Groves has stayed on at CCRE. He declined to comment on Vanderslice’s departure.

Other sources within the firm told CO that they have yet to announce a replacement for Vanderslice and — only last week — maintained that Vanderslice had indeed retired.