Bankrupt Century 21 to Close All Its Stores, Including Five in NYC 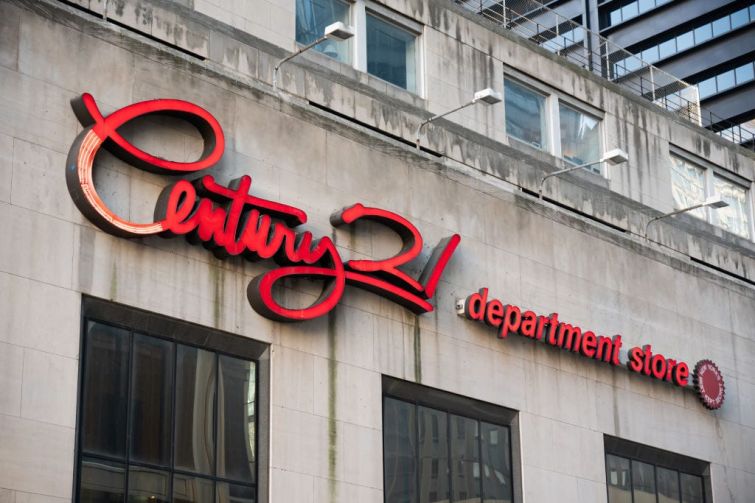 Century 21, which was founded in Lower Manhattan, decided to file for bankruptcy and shutter all 13 stores. Photo by Alex Tai/SOPA Images/LightRocket via Getty Images

Well-known discount department store chain Century 21 has filed for bankruptcy and plans to shutter all 13 of its stores across New York, New Jersey, Florida and Pennsylvania, the company announced in a press release.

The retailer said it was forced into this situation after its insurance companies refused to cover $175 million in losses sustained during COVID-19 shutdowns. The company plans to hold going-out-of-business sales before it closes all of its locations for good.

“While insurance money helped us to rebuild after suffering the devastating impact of 9/11, we now have no viable alternative but to begin the closure of our beloved family business because our insurers, to whom we have paid significant premiums every year for protection against unforeseen circumstances like we are experiencing today, have turned their backs on us at this most critical time,” Century 21 co-CEO Raymond Gindi said in a statement. “While retailers across the board have suffered greatly due to COVID-19, and Century 21 is no exception, we are confident that had we received any meaningful portion of the insurance proceeds, we would have been able to save thousands of jobs and weather the storm, in hopes of another incredible recovery.”

Al and Sonny Gindi founded Century 21 with a small store in Bay Ridge, Brooklyn in 1961. The retail chain currently has five stores in the five boroughs, with locations in the Financial District, Downtown Brooklyn, Brooklyn’s Bay Ridge, Queens’ Rego Park and the Upper West Side.

The pandemic and government-mandated store closures across the country have accelerated the decline of many brick-and-mortar retailers, especially department stores. Lord & Taylor filed for bankruptcy and plans to go out of business, and the parent company of Ann Taylor and Loft filed for Chapter 11 bankruptcy over the summer.