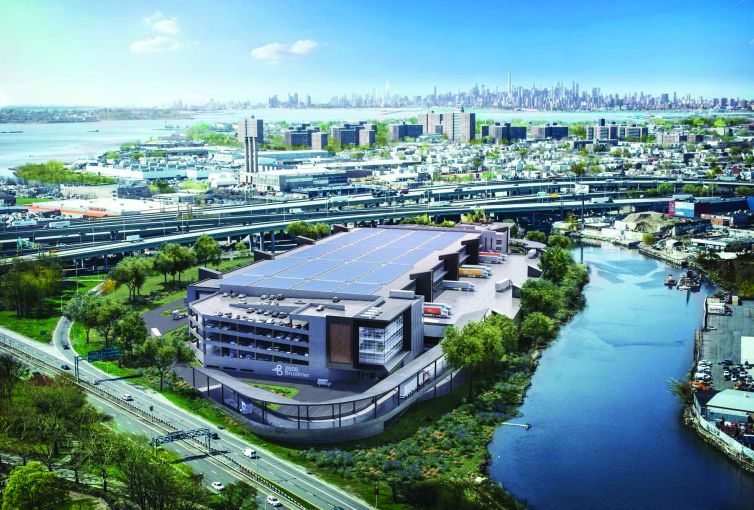 “Multifamily has always been the leading asset class for all five boroughs for decades and decades, but now it’s on the backburner,” said Jason Gold, a vice president at Ariel Property Advisors focusing on investment sales. “These days investors have an appetite for industrial warehouse properties, and commercial is a dying breed.”

That outlook is shaping investment in the Bronx. CBRE research found that industrial purchases and absorption in the Bronx, though down year over year from 2019, is still surging. Three of the top five citywide warehouse lease transactions in the second quarter this year were in the Bronx, and the area netted the highest positive absorption of the outer boroughs, with 572,000 square feet. Much of this was concentrated near the nexus of highways around Westchester Heights, Soundview and Hunts Point, which saw a lot of lease activity from e-commerce firms.

There’s been a significant slowdown from last year’s exponential growth, though. There were just 15 industrial site transactions worth a gross of $50.9 million during the first half of 2020, according to Ariel Property Advisors. Those represented respective declines of 17 percent and 79 percent. And there was no institutional deal in the Bronx for more than $15 million.

But, amid the coronavirus pandemic, when investors are looking for safe havens and commercial real estate in general is flailing, institutional investors view Bronx industrial as increasingly desirable. Price increases reflect this trend. While the price per square foot for Bronx industrial declined to $263 from $293 between the fourth quarter of 2019 and the first of 2020, it bounced to a near record high of $301 in the second quarter, according to Cushman & Wakefield.

And it’s no longer just local Bronx investors duking it out. Big names with sizable capital are fighting for these sites.

“The pandemic has put some strategies on pause, but at the same time it’s an accelerator for last-mile delivery and industrial space,” said Jonathan Squires, a director at Cushman & Wakefield who focuses on the Bronx. “We’ve seen prices for Bronx industrial hold their own, and at times go up this year. The cap rates on industrial have fallen, from 7 to, at times, 4 percent rates of return.”

Like in other parts of the city, the older industrial stock in the Bronx doesn’t tend to fit the needs of today’s logistics and warehousing firms. But it’s still in demand. At the same time, industrial-to-residential conversions have been driving development in areas such as Hunts Point. And there are still large numbers of sites that may be in play, says Andrea Himmel, director of acquisitions for Himmel + Meringoff Properties.

Of the 157 industrial sites in the Bronx that are at least 2 acres, 52 are owner-occupied, representing 245 total acres. Himmel says she sees these properties as the ones that will be transacting in the future, especially as demand rises for more logistics spaces and manufacturing companies look to cut costs and relocate.

The Bronx boom parallels national trends. The pandemic and acceleration in e-commerce sales have driven up the cost of industrial space nationwide, according to Erik Foster, head of industrial capital markets at Avison Young. The demand for traditional warehouse space, as well as cold storage and truck terminals, has increased demand from the investor class. The Bronx, with a choice location for servicing millions of customers and a deep labor pool, is increasingly seen as a “safe bet to park cash,” Foster said.

“The pick-up activity for investors to acquire these sites is big too,” Gold said. “Everyone would love to have Amazon in their building, but they can’t.”

Additionally, a number of recent major plans for Bronx industrial sites—Turnbridge Equities’ huge last-mile project in Hunts Point on East 149th Street and a forthcoming multi-level warehouse at 2505 Bruckner Boulevard—as well as JRT Realty’s newly opened Union Crossing in Port Morris and a constellation of Amazon sites across the borough show that logistics will continue to drive the conversation. This will even be the case, analysts say, as people see business opportunities in concepts like ghost kitchens or production studios for film and TV such as the Silvercup Studios North in Port Morris.

There’s still that appetite, too, for those industrial-to-residential projects (see story on page 36). Russ Young is a senior vice president at RXR Realty, which purchased warehouses at 2413 Third Avenue for nearly $25 million with plans to create a 200-unit mix of affordable and market-rate apartments. He says that it’s important to remember that housing is still very much in demand in the city whatever the hysteria over people leaving it due to the pandemic. Young says RXR remains bullish about investing in New York (it doesn’t hurt that their new development is nextdoor to Brookfield’s nearly 1,400-unit Bankside multi-use development).

Himmel + Meringoff’s Himmel says she sees similar long-term potential. Her company acquired an 8-acre warehouse parcel in Parkchester near a station on the long-planned East Side Access project, which would bring four new Metro-North rail stations to the Bronx, and is now debating between keeping it industrial or converting it to residential.

“People should pay attention to these four new train stations,” she said. ”These are major developments that are shifting development in the Bronx.”

Cushman & Wakefield’s Squires says Hunts Point remains the strongest area for future development in the borough. It’s filled with older dock buildings that could be upgraded. At a certain point, the market will get to a place where it makes sense to knock them down and create more modern industrial space, he said.

Many analysts see increased buying opportunities for Bronx industrial sites. Squires says he believes there is a lot of what brokers call shadow vacancy in the borough. Commercial eviction proceedings, which had been on pause, will start up again Sept. 20. This will likely lead to a lot of additional inventory. It will be absorbed fast, analysts say, and presents a great opportunity at a time when investors are eager for such land.

In fact, the true potential of industrial sites in the Bronx has barely been scratched, Himmel says. Amazon’s activities will be far from the only major presence in the market.