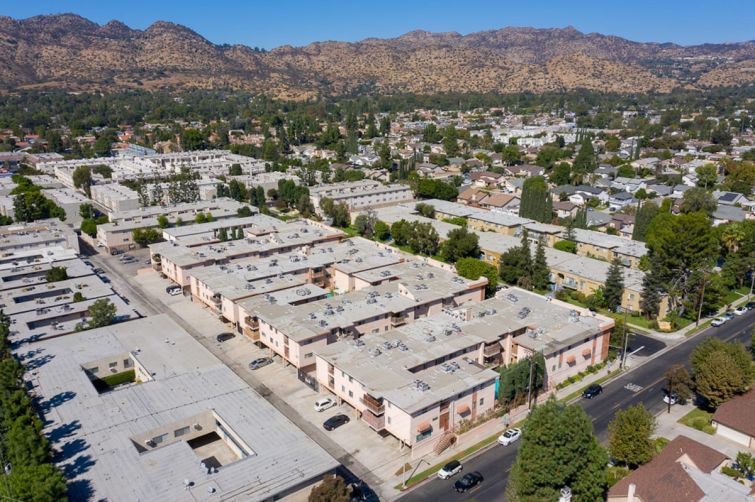 The gated complex, named Mountain View Manor Apartments, traded for $26.4 million. Matthews Real Estate Investment Services announced the deal and represented the buyer. A private family sold the asset through J.E.M.S. Corp., which is managed by an individual named Eli Mizrahi, according to property records.

The seller’s motivation was to exit California and purchase properties in the Northwest, according to Matthews Real Estate. J.E.M.S. Corp. acquired the property for $11.2 million in 2003, records show.

The property is on a 83,124-square-foot lot at 21700-34 Septo Street in the Chatsworth neighborhood in the San Fernando Valley. It’s near the intersection of Lassen Street and Owensmouth Avenue, just east of Topanga Canyon Boulevard.

Mountain View Manor was built in 1977, and received its certificate of occupancy in 1978, so it is not subject to L.A.’s rent control law. It includes a mix of one- and two-bedroom apartments, and four townhomes, and it features four swimming pools, a jacuzzi and other common areas.

Sussex Capital is run by Mike Rosenthal and Steve Waterman. The firm owns and operates multiple properties throughout Greater L.A.