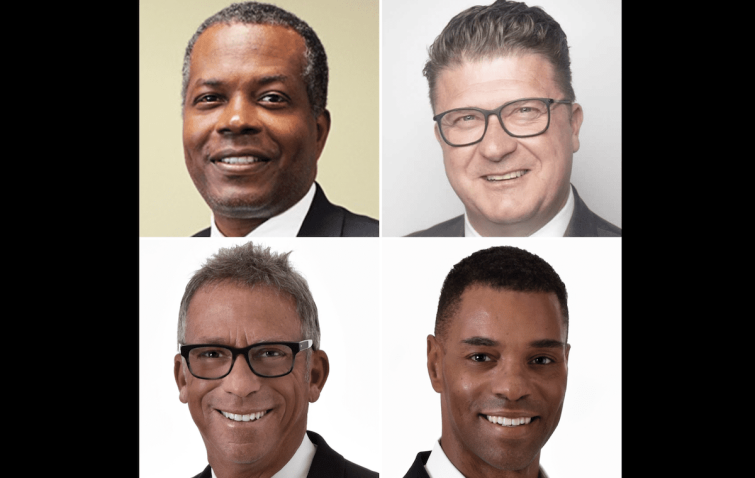 A 52-year-old real estate nonprofit in Los Angeles has a new leader, and a new development-support firm launched in Long Beach.

Economic Resources Corporation (ERC) — a nonprofit that promotes economic development in underserved communities throughout L.A. via real estate investment — announced that Samuel Hughes will be its next president and CEO. Hughes previously worked for the L.A. Economic & Workforce Development Department.

ERC also announced that Michael Nagin, executive director at JP Morgan Chase’s real estate banking department, will be chair of the board of directors. The announcements come after Dutch C. Ross III retired after 40 years at the helm of ERC.

The organization was created in 1968 by community members and business and professional leaders to address widespread disparity in economic opportunities. Its mission is to develop infrastructure in under-served communities. ERC currently owns more than 500,000 square feet of commercial real estate throughout L.A., and the organization also provides technical and financial assistance to business owners.

“ERC was founded as a response to the Watts uprising (in 1965), to address the lack of job opportunities and economic disenfranchisement in the community,” Ross said in a statement. “…  [T]here is still much more work to be done.”

Fathom — a new development-support firm for retail, hospitality and fitness locations — has launched in Long Beach. The firm offers real estate representation for all aspects of development, from site-selection to final buildout. Services include leasing, tenant coordination, permits and approvals, budgeting, construction-management and design management.

Anthony DiMaggio, senior vice president of development services, and John Epperly, senior director of development services, make up Fathom’s executive team. Fathom’s first project recently opened with the flagship location for veterinary service Modern Animal in the Beverly-Fairfax district of L.A. Fathom worked with the owners and retail brokers; assisted with lease negotiations and due diligence; coordinated the RFP process; and facilitated the integration between design and branding.

“This move allows NKF the ability to advise clients when selling an office or industrial building and exchanging into multifamily, or vice versa,” Fulp said in a statement.

Okland said the firm believes it has “all the right ingredients to succeed in a post-COVID-19 environment.”

Multifamily has consistently been a top asset class in Southern California. Between 2016 and 2019, total multifamily sales averaged 539 transactions annually for about $12.2 billion per year, according to NKF Research. That made up about 30 percent of the total activity when compared with office, industrial, retail and hospitality sales. After the first quarter this year, the homeownership rate in the L.A. region was about 49 percent — the lowest mark of the 75 largest metro areas, making it favorable for rental housing demand.

Malone will be based in Downtown L.A., where he’ll focus on JLL’s tenant representation and agency leasing brokers. He will also continue working with investors and occupiers. Malone has more than 20 years of professional experience in brokerage leadership, agency leasing, corporate services, real estate development and law. He previously worked for JLL from 2003 to 2013, before he left to serve as vice president of leasing for Brookfield Properties, according to his LinkedIn profile. He was most recently a senior managing director at Colliers International.

Freiberg will be working out of the company’s Century City office, where he will be focused on growing the firm’s tenant brokerage business. In his more than 30 years in commercial real estate, Freiberg has represented tenants in the entertainment field in West L.A.

Nolasco jumped from CBRE, where he was a senior associate. He will be working with Steve Wagner and Zach Niles representing owners and occupiers in the leasing and sales of industrial properties throughout Orange County. He has completed more than 250 industrial leasing and sales transactions in his career.